The Swiss super league began this weekend and Thomas & I were enjoying the game between arch-rivals YB & Basel, which is a bit like Liverpool v Man Utd but on a much smaller scale.

A good crowd gathered outside the Stade de Suisse stadium in Wankdorf for the opening game of the season. 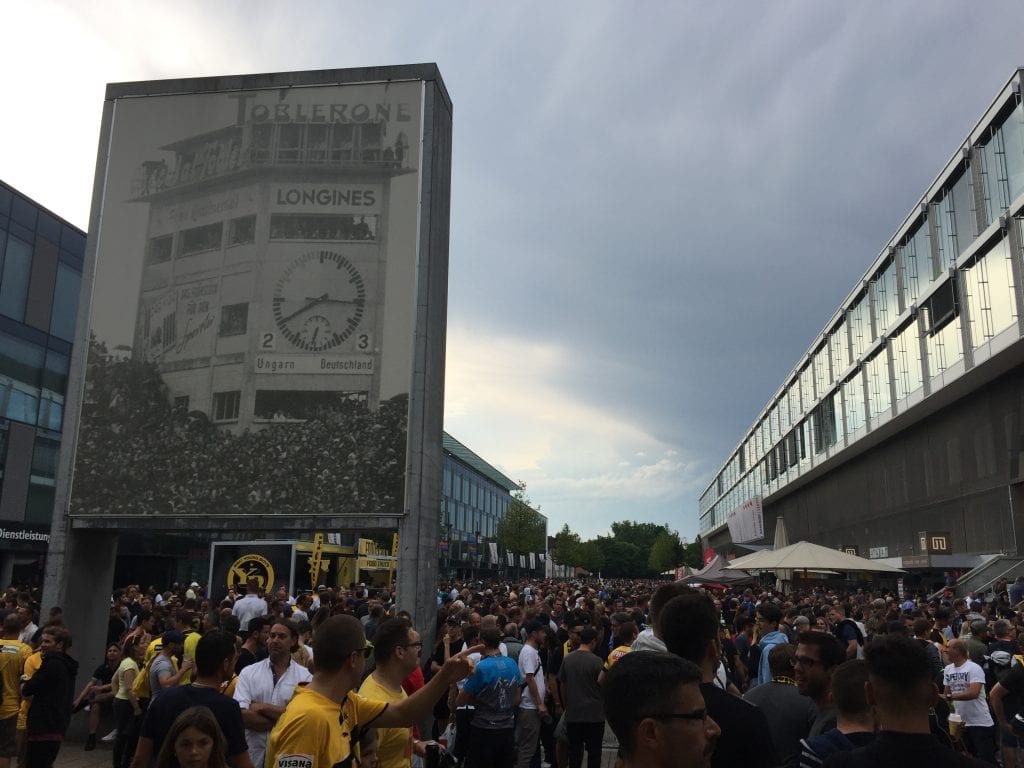 YB versus the champions from last year and many years before. 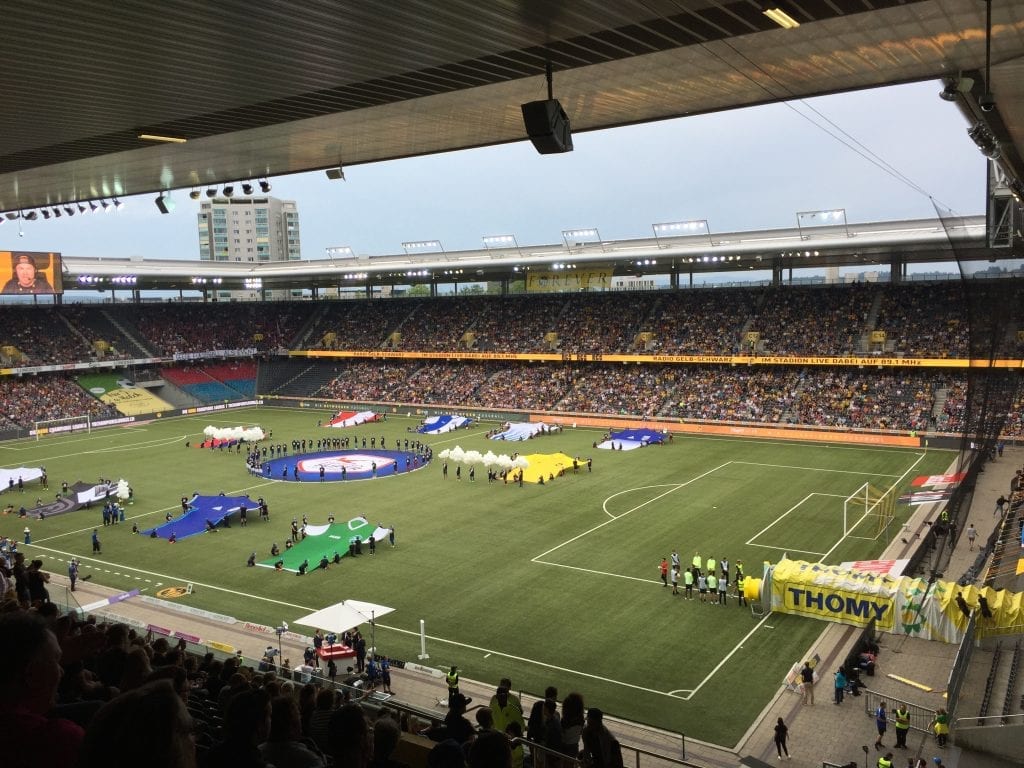 It was a good game and even better result, with YB winning 2-1. The loyal fans celebrated with pride. 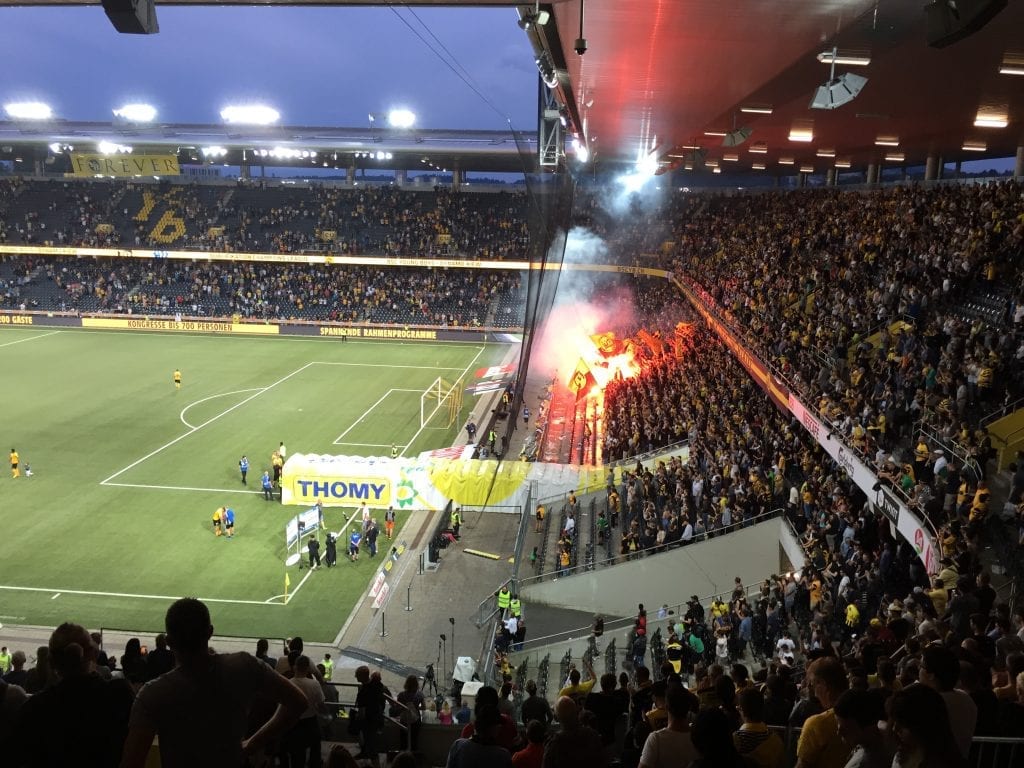 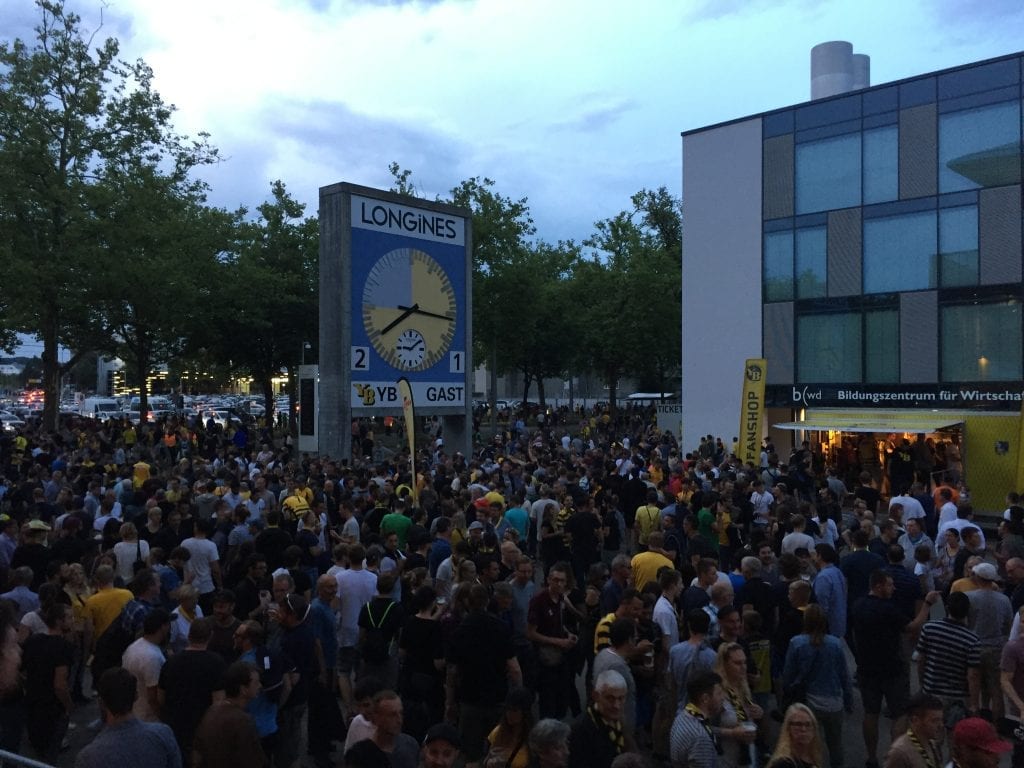 And Thomas & I did the same with a nice Amber beer at Adriano’s cafe. 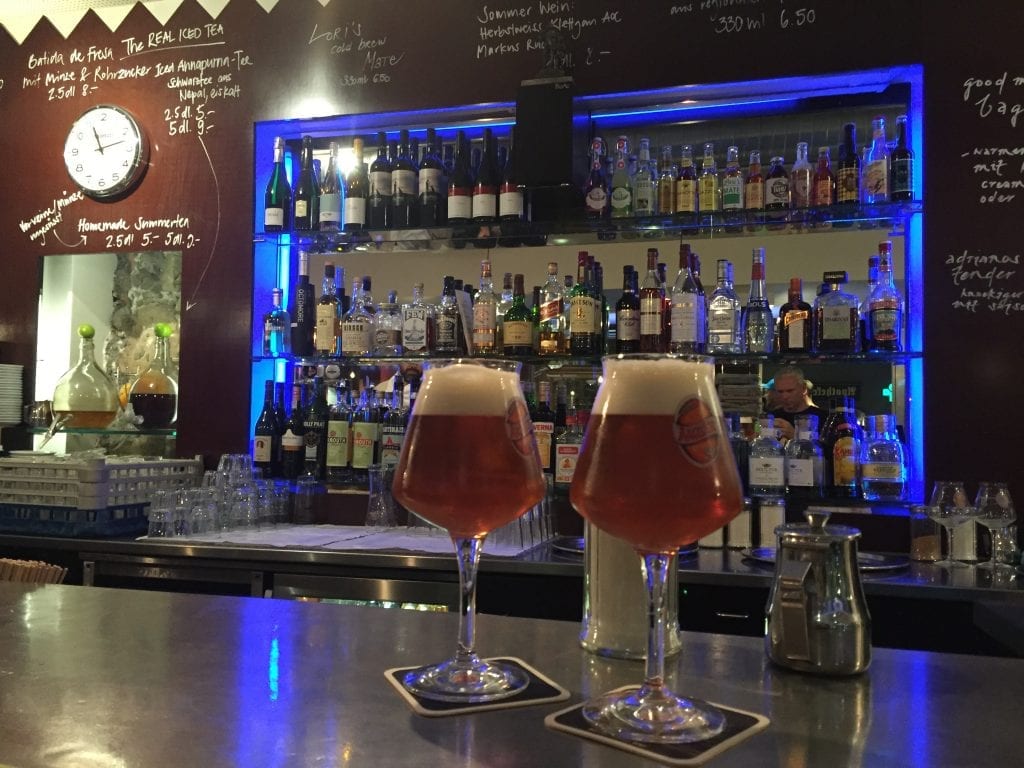 Amber beer at Adrianos to celebrate

Young Boys Bern actually went on to win the Swiss Super League for the first time since 1985/86 (32 years) finally removing Basel as champions for the past 8 seasons.