After 1200 days of travel we wake up back in the hometown from Moni, a small city called Olten which is a busy centre of the Swiss railway.

Olten is a town in the canton of Solothurn in Switzerland and capital of the district of the same name. 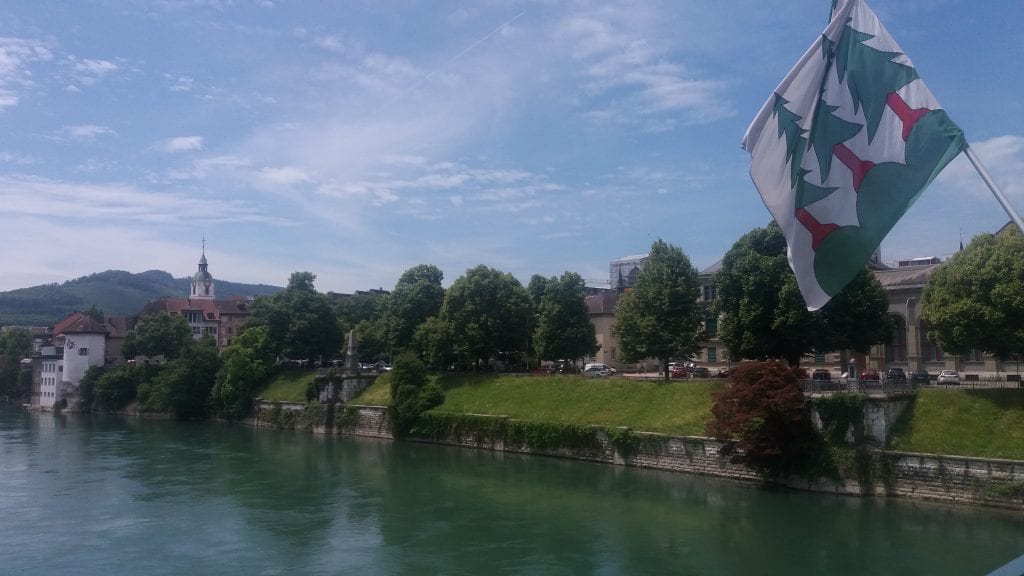 View along the river Aare in Olten 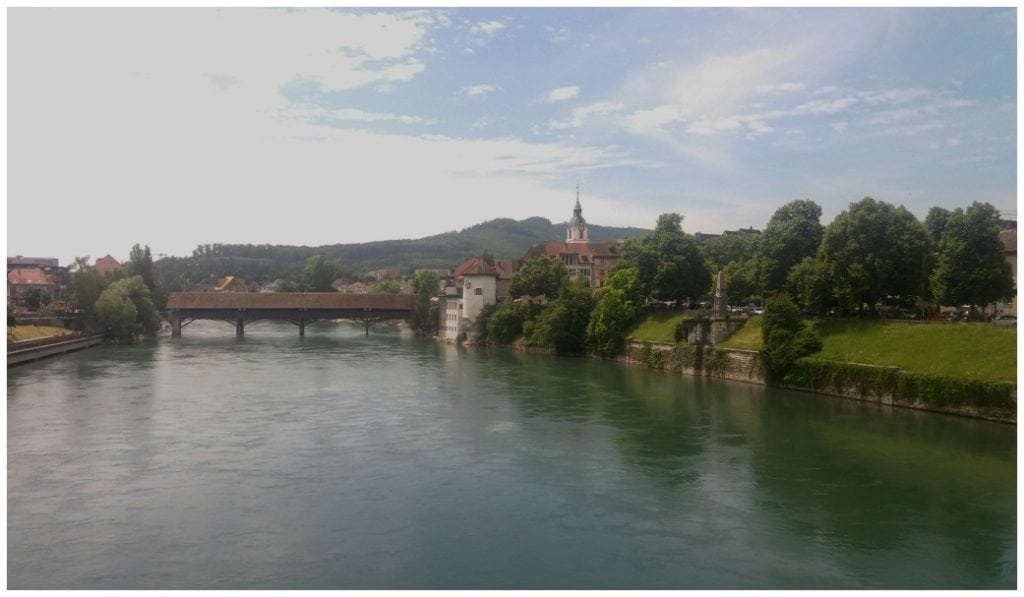 From this bridge, (photo below) you cross to Olten Bahnhof (train station) where you will see hundreds of bicycles chained up. The old wooden bridge enters directly into the old town of Olten.

Olten’s railway station is within 30 minutes of Zürich, Bern, Basel, and Lucerne by train, and is a rail hub of Switzerland. 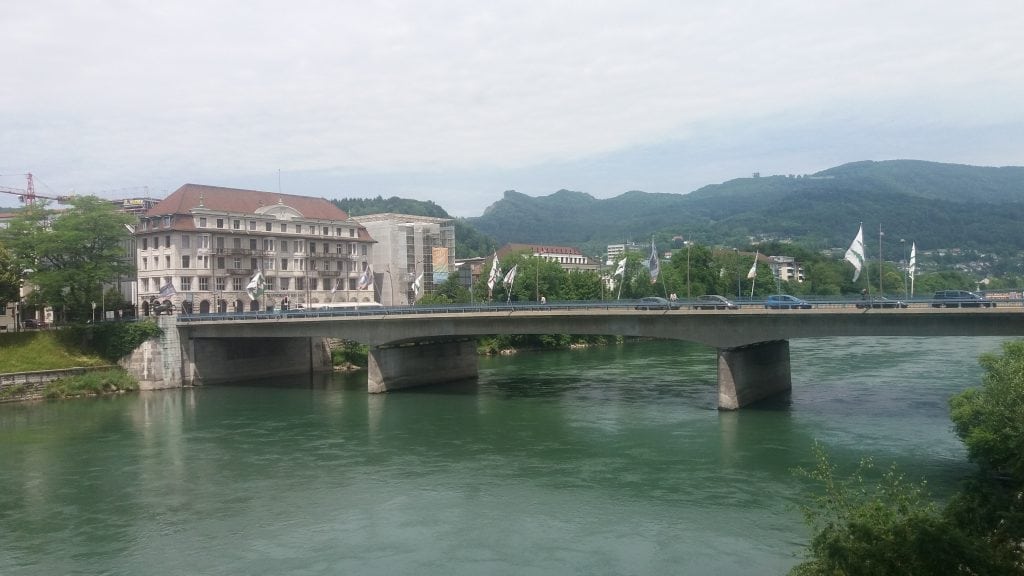 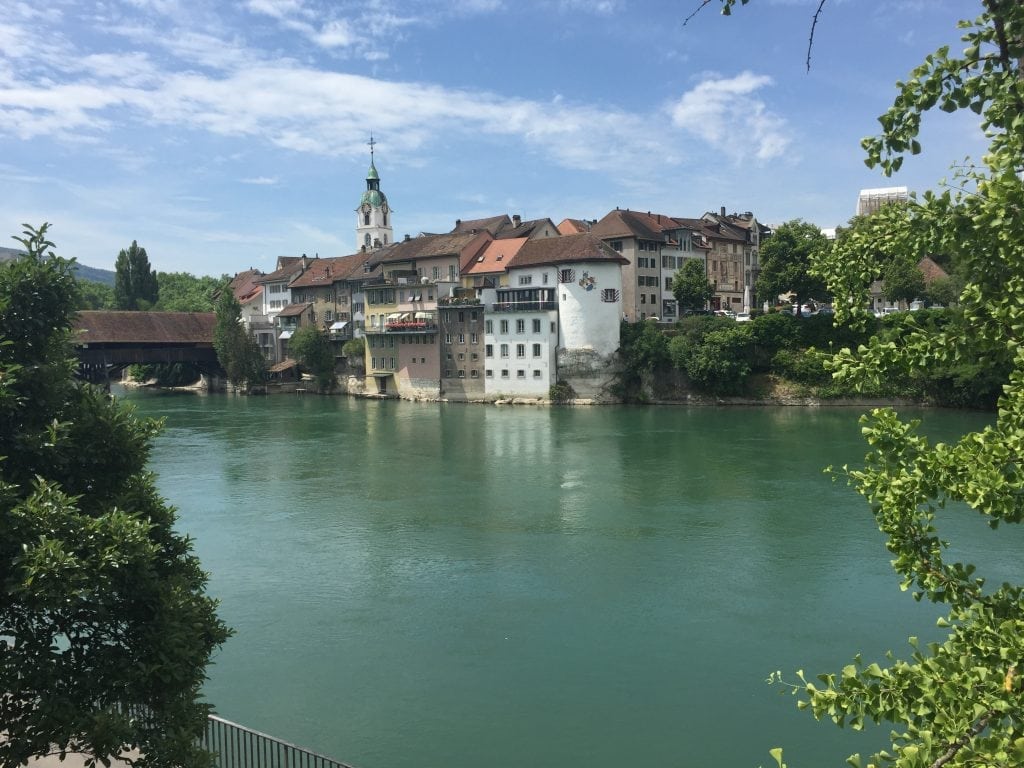 The old town of Olten 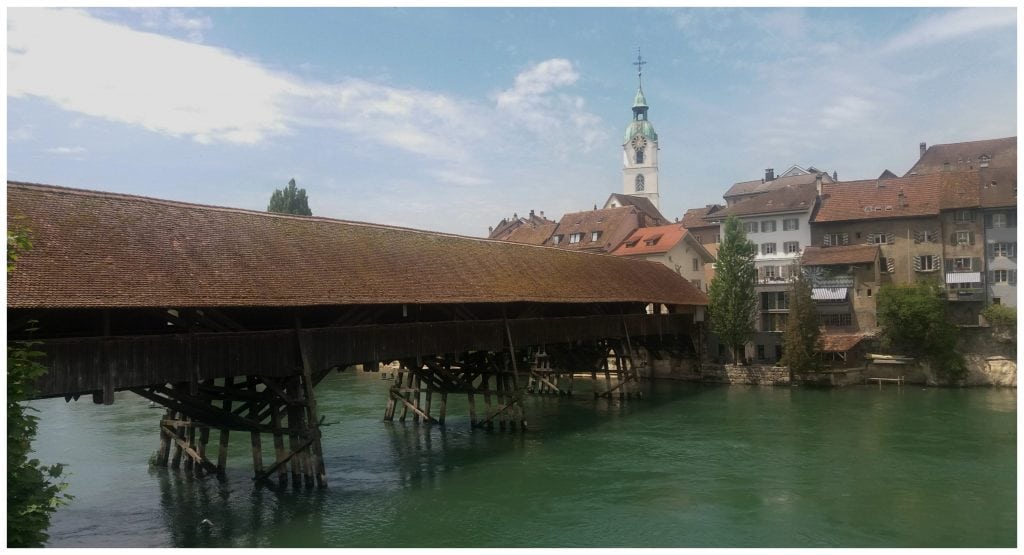 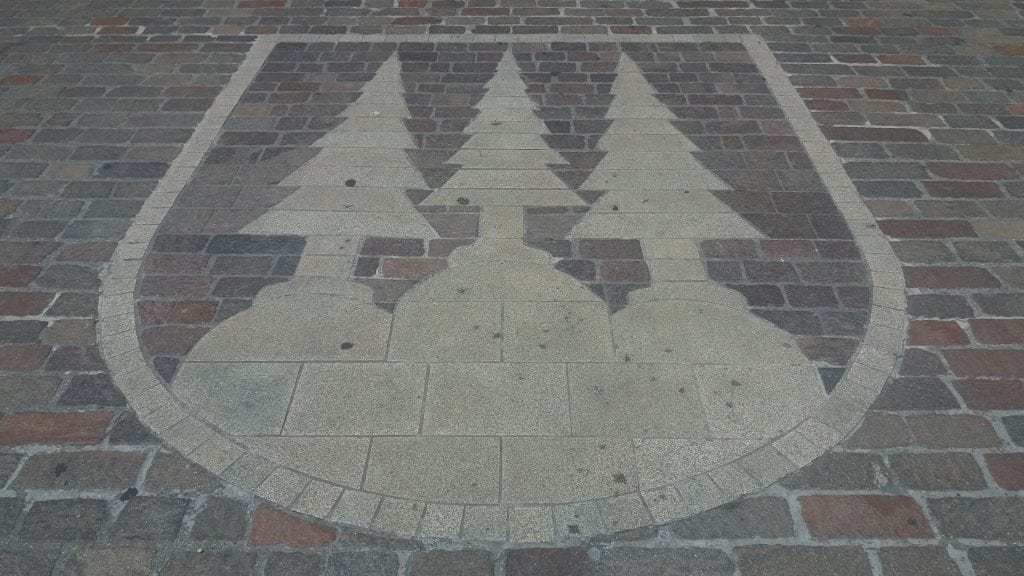 The three Pine trees are the Olten coat of arms. In the summer people swim in the Aare river, you can see the swimming pool opposite and cafe along the river, a nice place to relax.

The Aare river in Olten 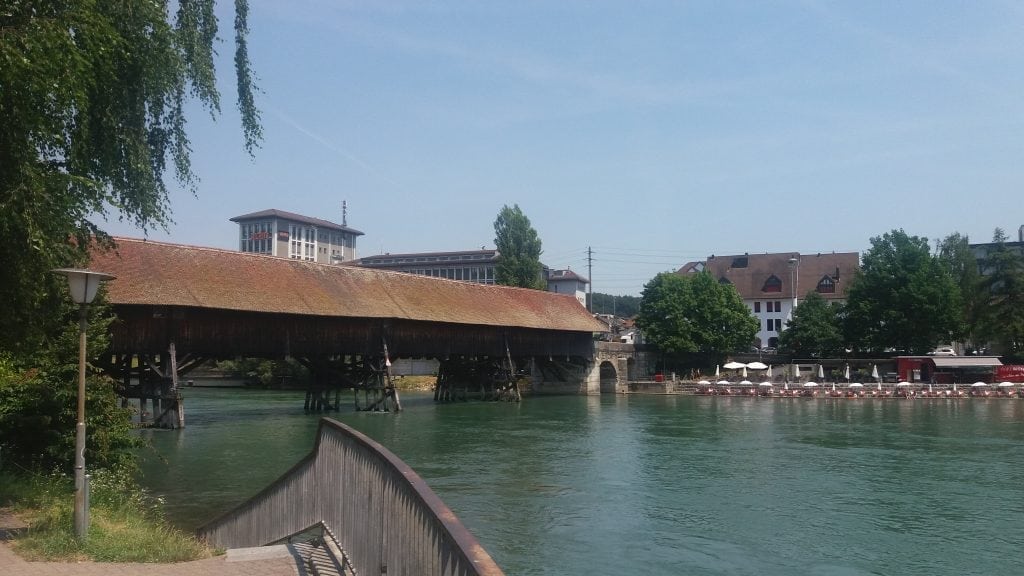 On the old town side of the wooden bridge, which incidentally suffered from a fire while we were visiting, is where Moni completed her apprenticeship. 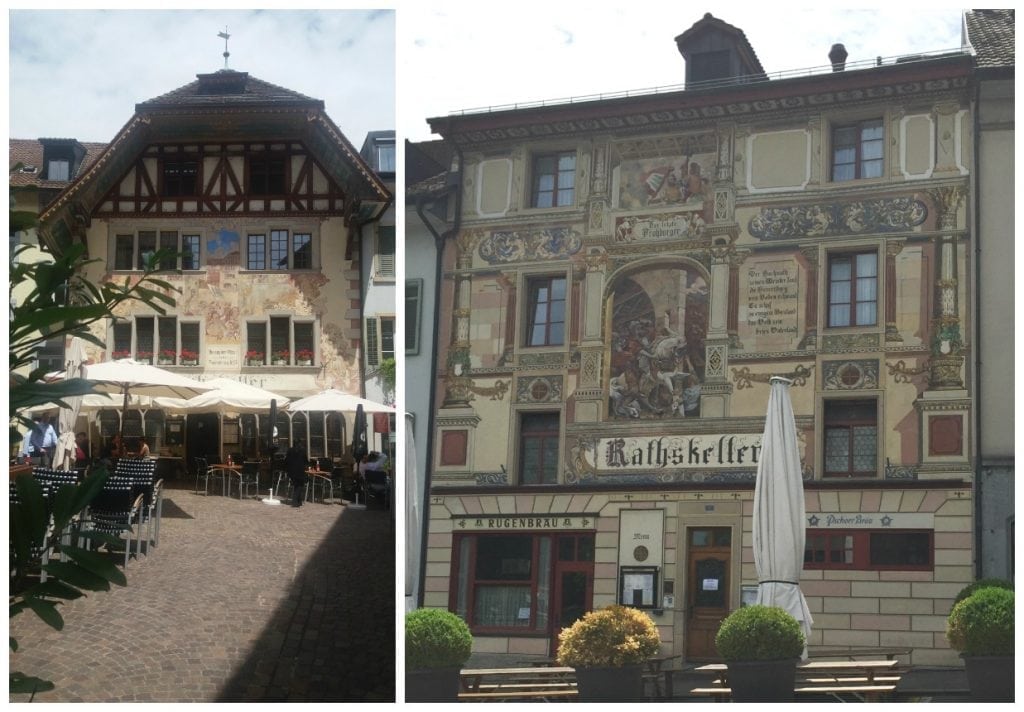 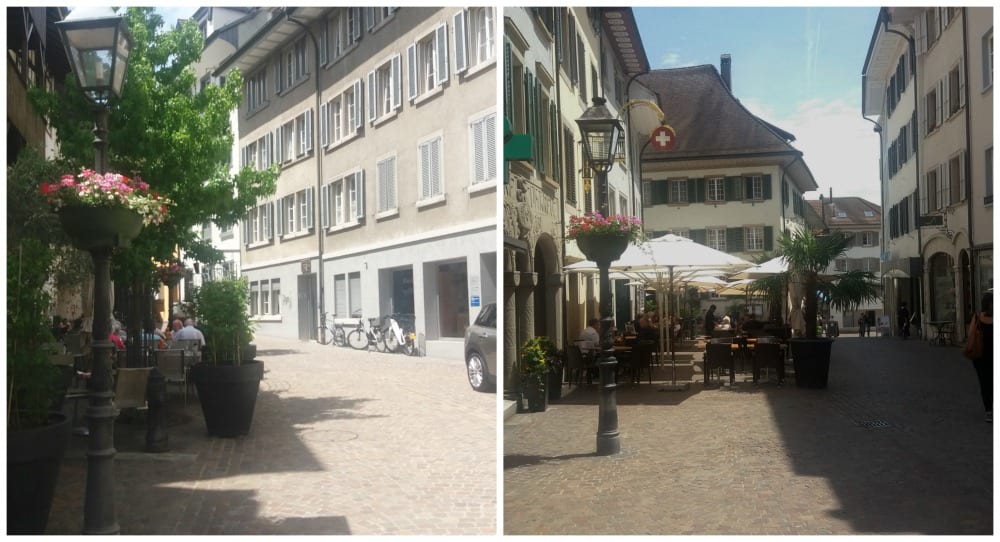 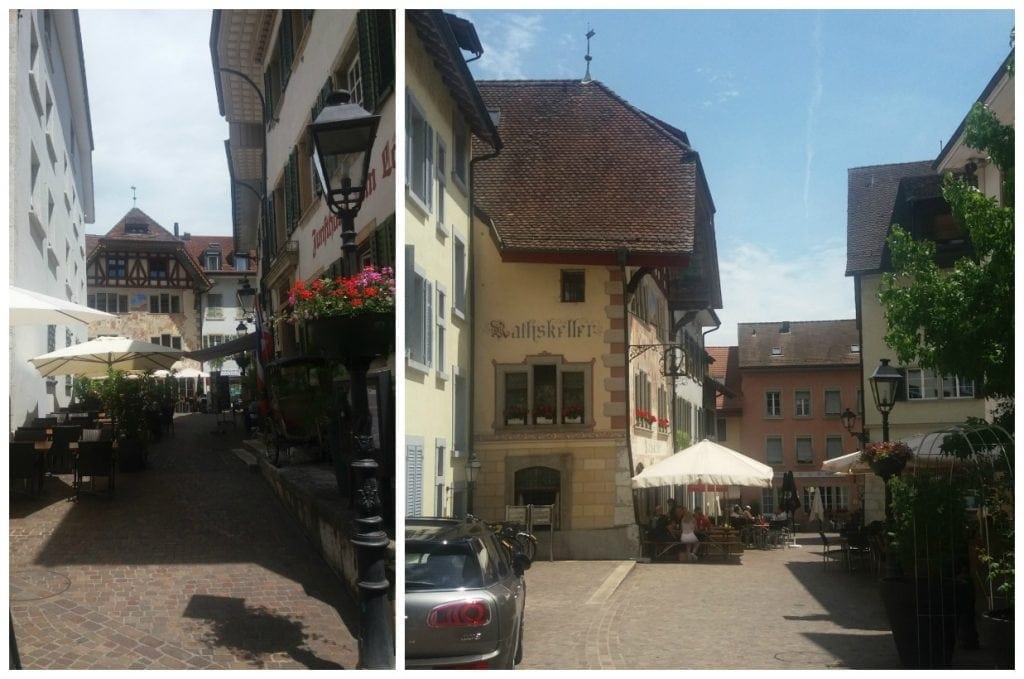 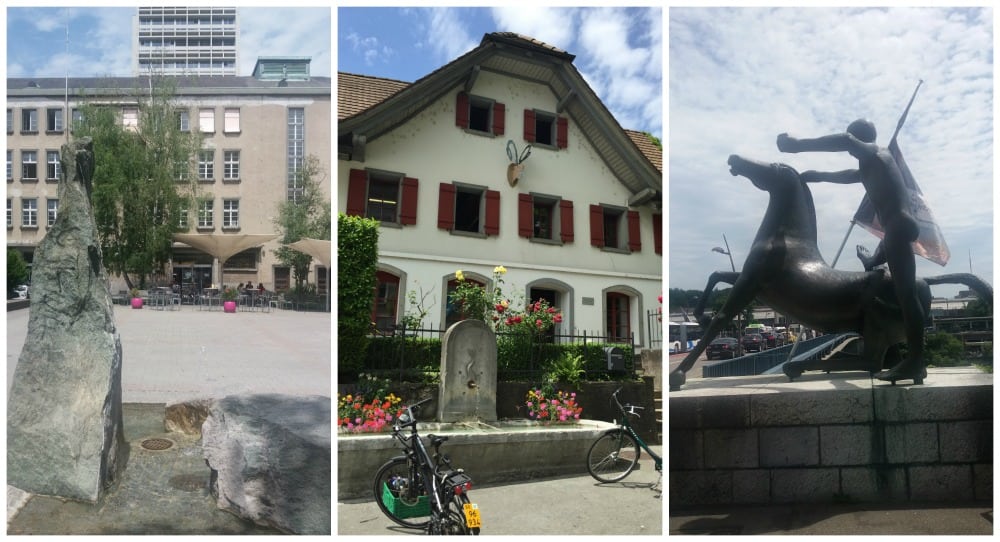 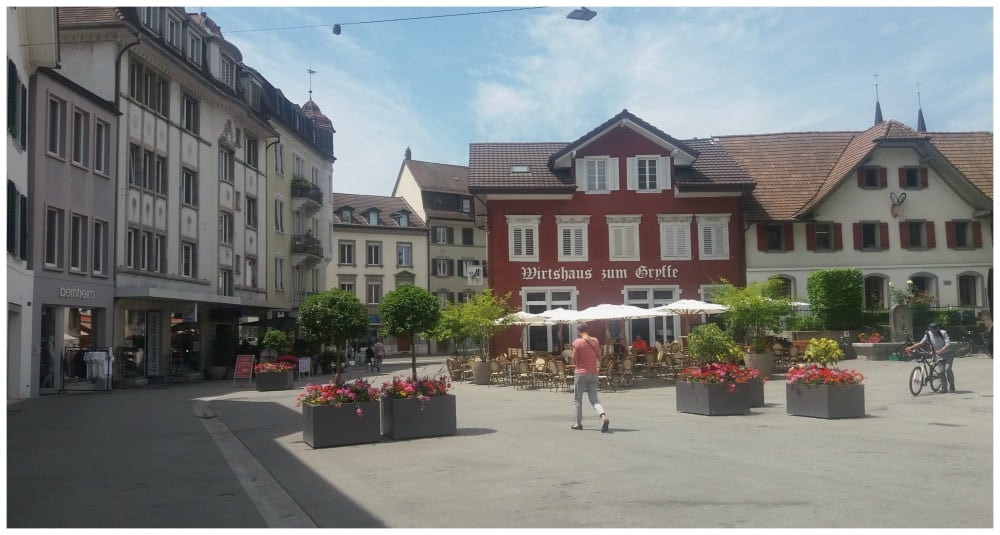 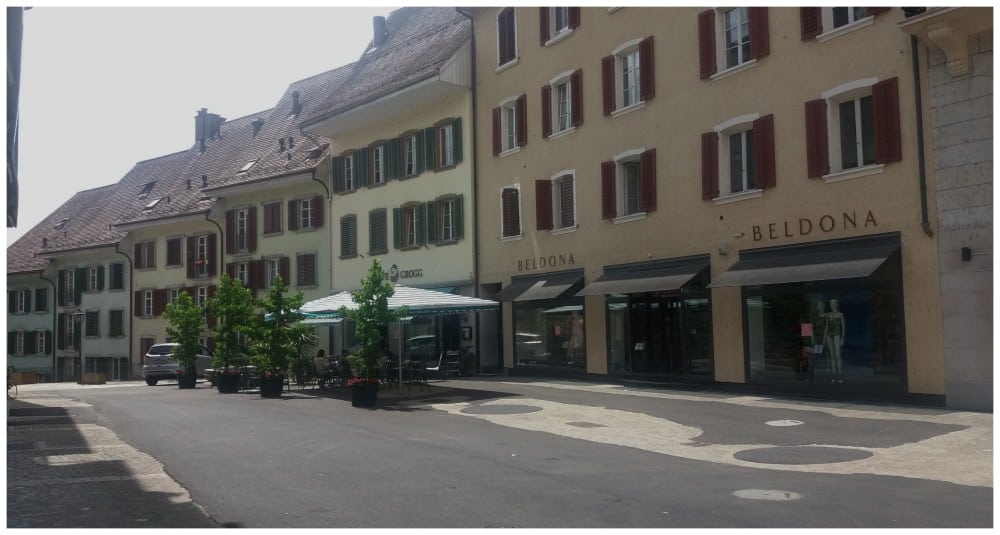 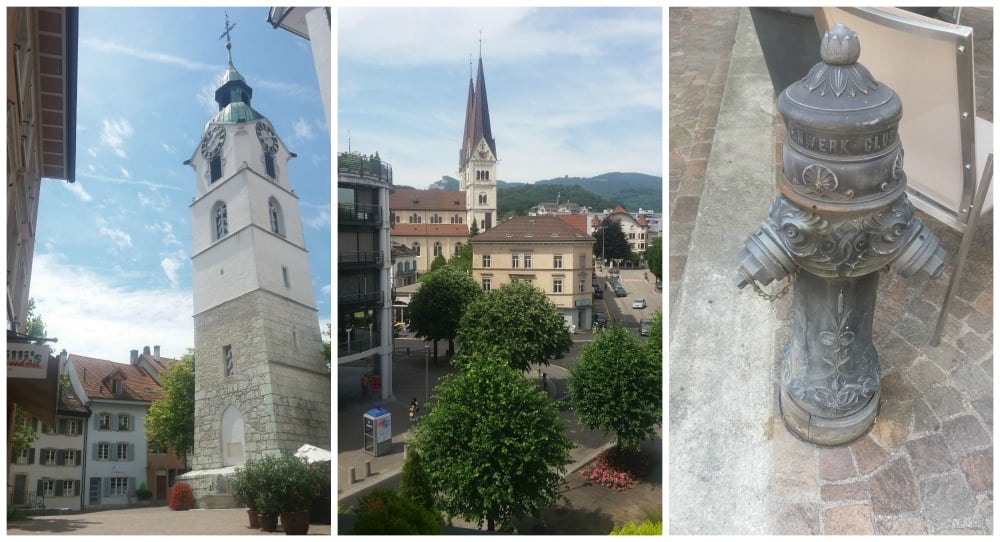 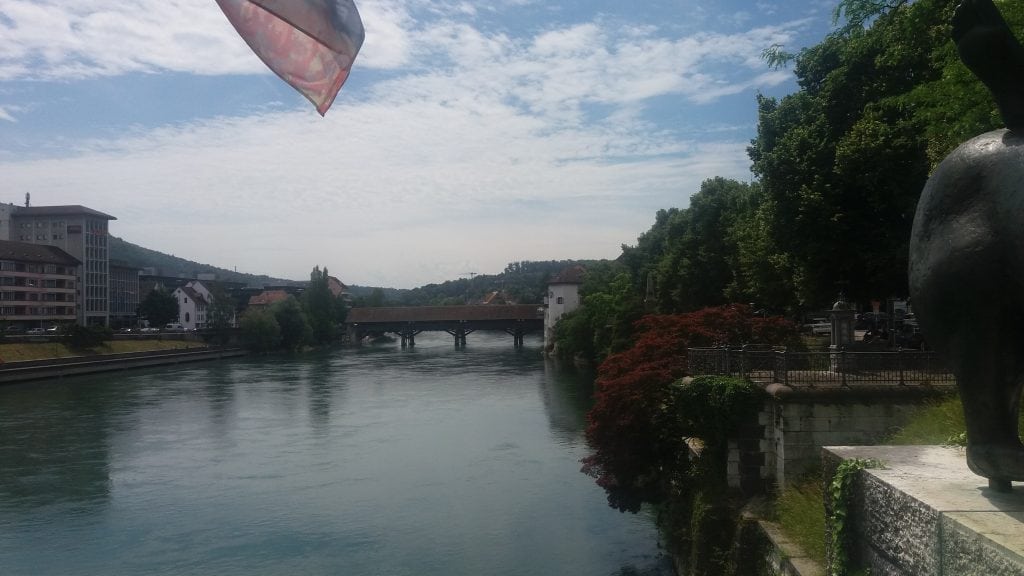 Another view of the old wooden bridge 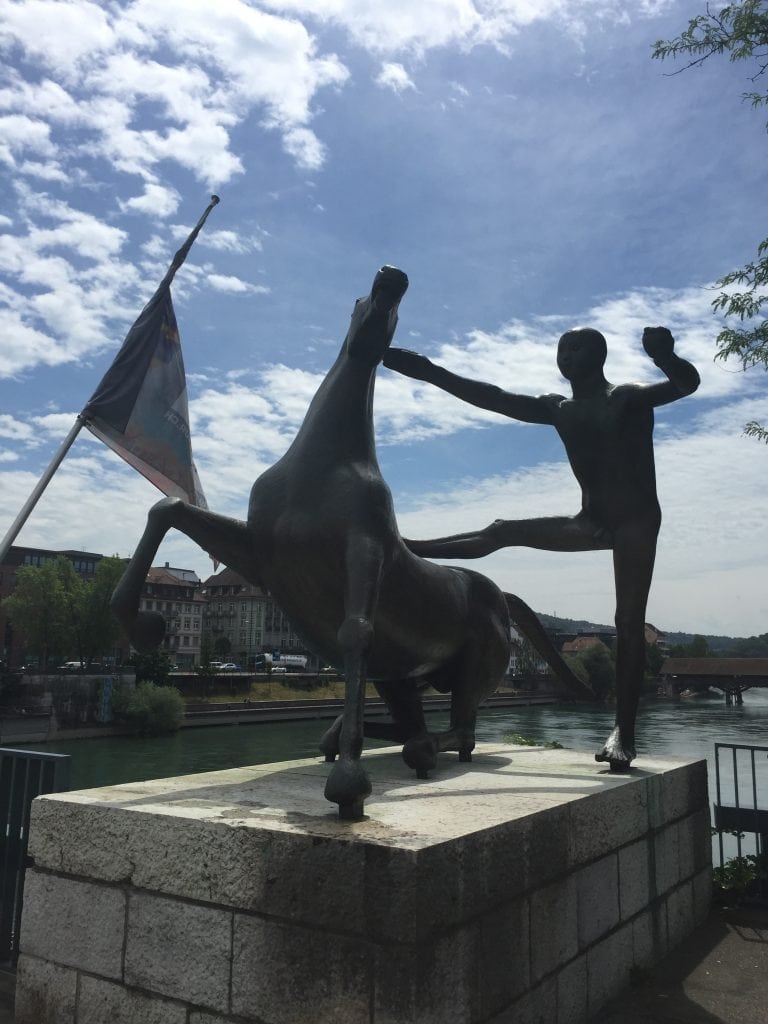 Statue at the end of the new bridge