A beautiful morning greets us in Dejima and we must farewel Tom as he will now go shopping for his two boys before flying back to Osaka later this afternoon with Guchi.

Captain had decided to move Big Elle to a better mooring and so this was carried out first thing. 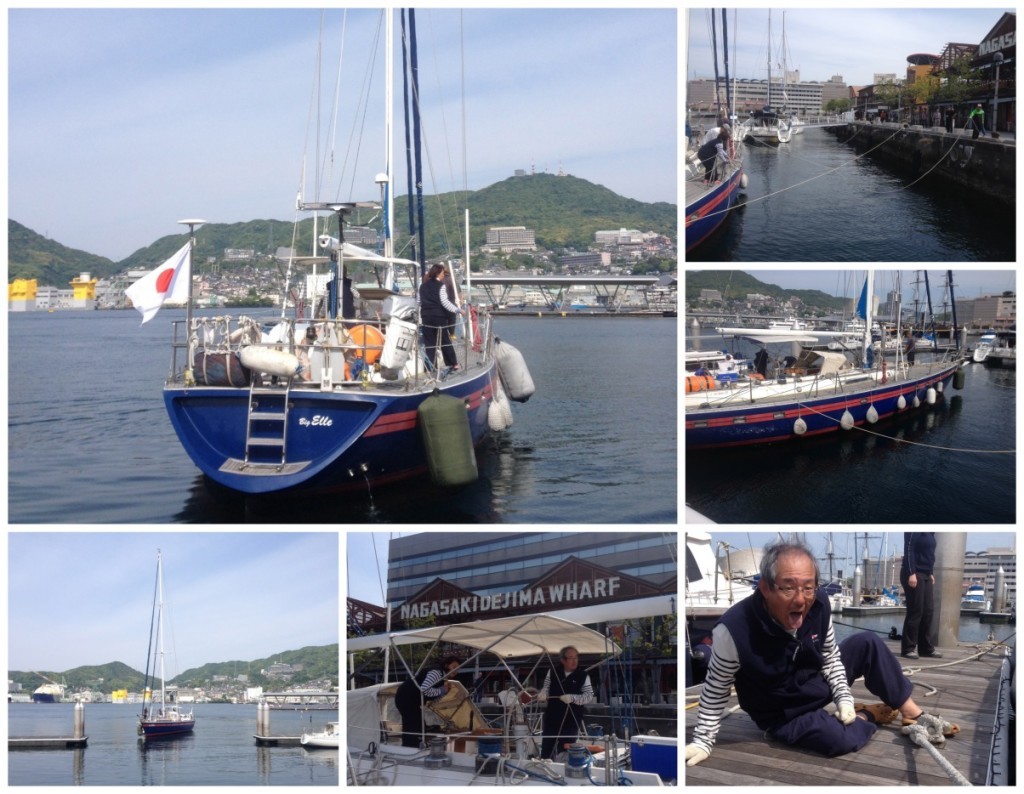 Tom & Guchi are heading home today after lunch and are busy getting all their belongs packed and off the yacht. Moni, Yumi and I head out for a coffee which we end up getting from Starbucks, by this point I’m starving and grab a Mcdonalds burger, my first one away. It fills me for an instant and is the same as anywhere in the Mcdonald world. 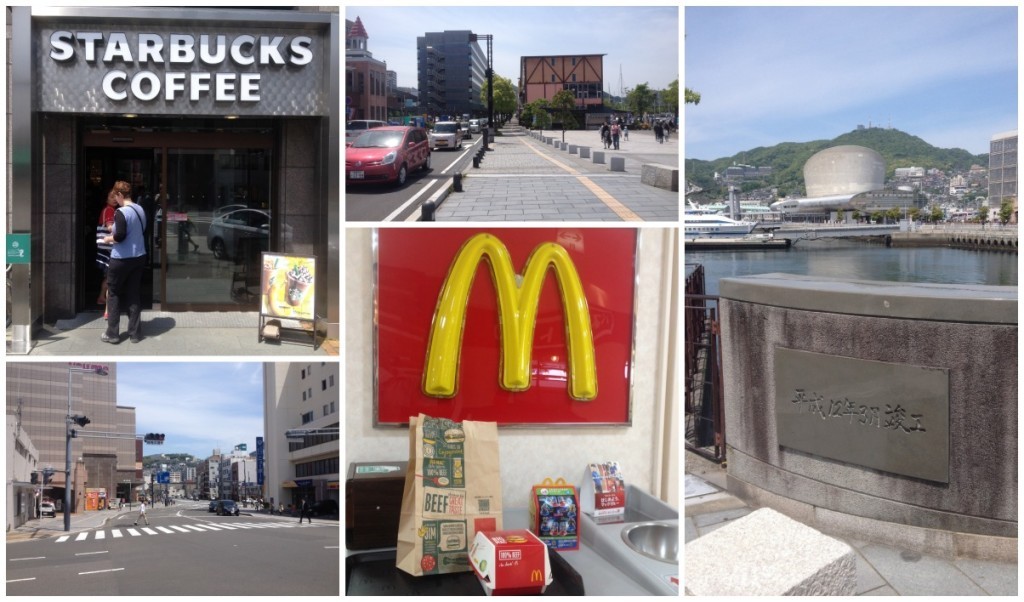 After this interlude we haed back to Big Elle and continue the clean up. Tom is ready to go as he wants to get a few things for his boys to take back and so we say goodbye.

The rest of us head into China town which is one of the biggest in Japan and find a 4 storied restaurnat where we enjoy a mix of chinese dishes, all very tasty. After lunch we say goodbye to Guchi at the bus stop where he will (and us tomorrow) catch a bus to the airport. 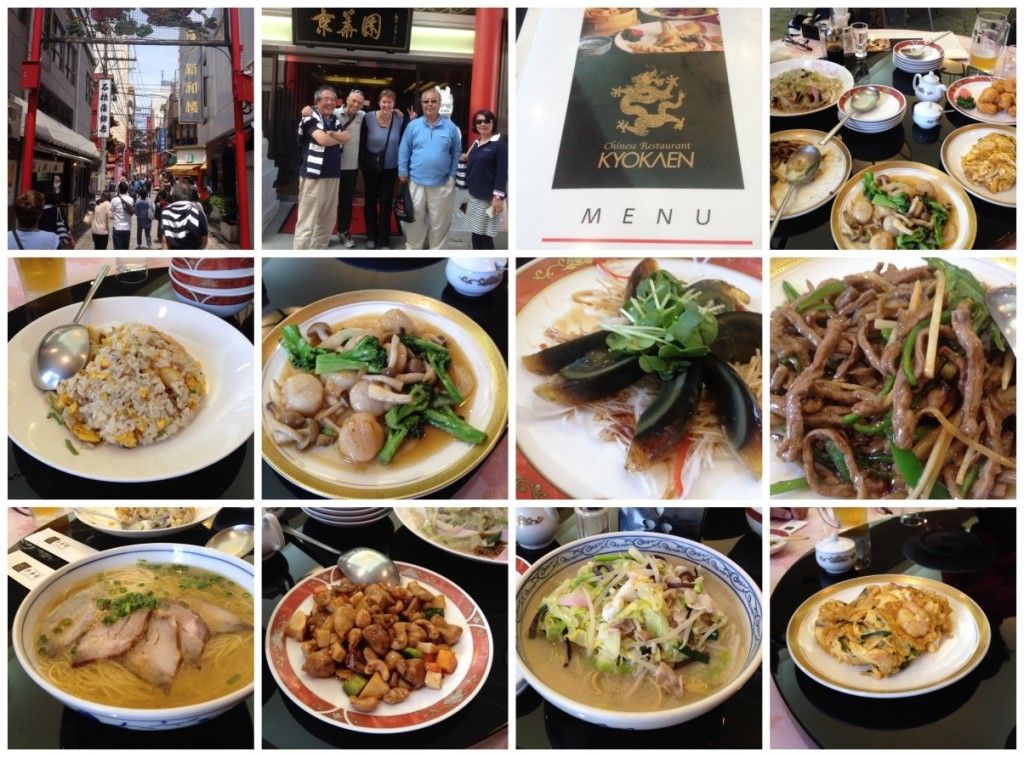 That leaves the four of us to continue to have a walk around. We end up visiting the old port of Dejima. Dejima was Japan’s only open window to the outside world during Japan’s period of national isolation.

In 1570 Nagasaki port was opened for trade and 1571 the first Portugese ship enters Nagasaki harbour. Then in 1603 the Tokugawa established the SHogunate in Edo. Back then the Shoganate forbade Christian proselytizing on Shogunate lands. This prompted the construction of Dejima.

In 1636, in order to stop the spread of christianity by the Portugese, the 15,000 square-meter artificail island called Dejima was constructed by the people of Nagasaki on order of the Edo Shogunate and the Portugese were interned here.

In 1639 Portugese ships were banned from entering Japan by the Natinal Isolation Edict and Dejima became uninhabited for a short time. Many Portugese were expelled from Japan.

However in 1641, the Dutch East India Company Trading Post in Hirado was moved to Dejima.

From this time forward, Dejima was the only open windw to the outside world during Japan’s period of isolation and many goods, knowledge and culture were brought in through Dejima.

After Japan was opened to the outside world in 1859, the sea surrounding Dejima was gradually reclaimed, and even the north side of Dejima was removed during construction to reroute the Nakashima River. Dejima played a large role in the modernization of Japan for 218 years.

Excavation is being conducted to rediscover the extent of its fan-shapee. The surounding stone embankments have been excavated, and repair and restoration work is still in progress today. In 1922 Dejima was designated as a National Historic Site. 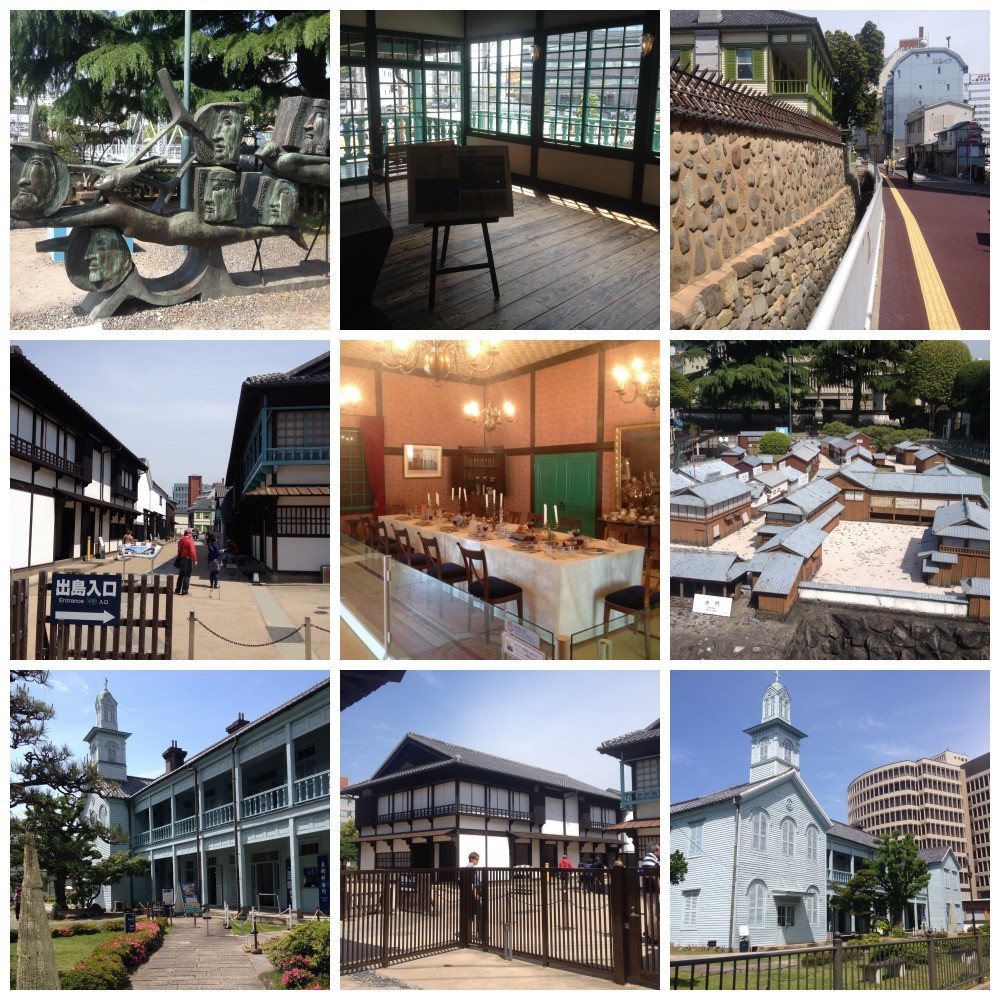 Our tour around Dejima is interesting and after that we are ready to head back to the yacht for a beer and relax, Yumi does a bit of shopping on her own.

Captain and I do a small repair to the leaking hatch and then the harbour master secures the sails with the use of the bosons chair.

Photos on the Big Elle Blog, please visit it.

This is our last evening aboard the yacht and we have a dinner outside with the backdrop of Dejima port all lit up beautifully. I ponder some thoughts of how fortunate I am(we are) that we can experience this. 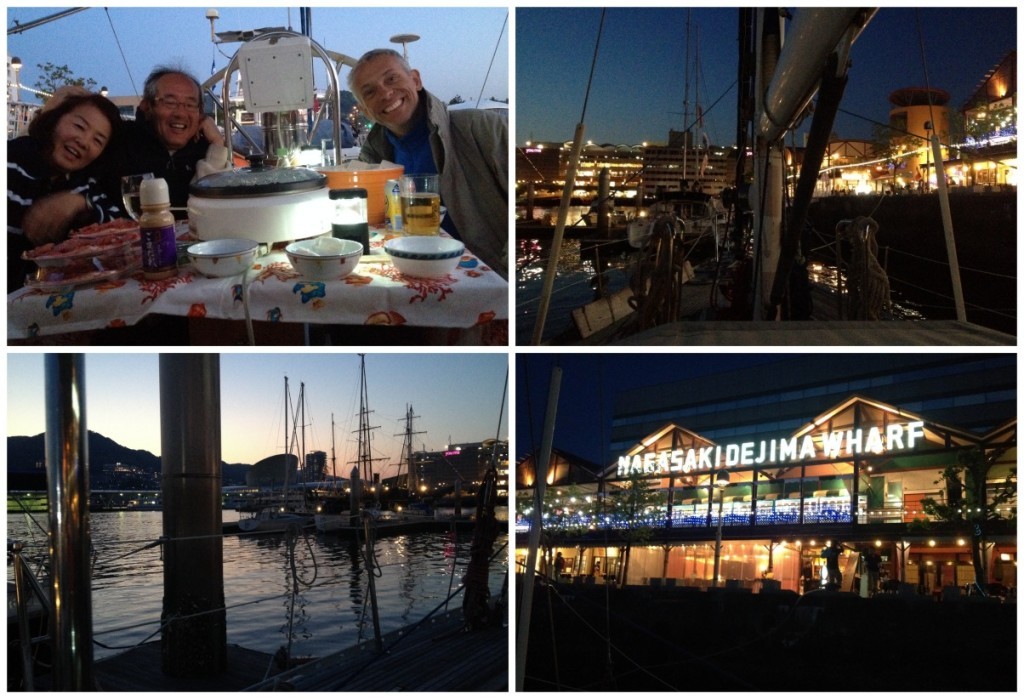 Back on board for dinner ‘Shabu Shabu’

Growing up on the Isle of Wight a very nautical Island itself, I would often look down at the yachts and power boats in the marina especially during Cowes Week Racing Regatta with the crews all having a great time onboard of an evening eating drinking and celebrating, and now here I am doing just that, I must say, it feels awesome. I expect that many people have simmilar impressions when they visit marinas and atch the wonderful boat life going on.

A wonderful end to a magnificant adventure, one that both Moni & I will never forget. So many thanks to Toshi, Yumi, Tom, Guchi, Nack, Take and everyone else that have touched our hearts in such a profound way.

Sailing From Arikawa to Dejima Port in Nagasaki