The Pyramid of the Moon

Continuing the tour in Trujillo near the port of Salaverry we head towards the Pyramid of the Moon or Huaca De La Luna in Spanish.

Having just enjoyed the World Heritage listed ruins of Chan Chan Archeological site we made our with our taxi tour driver.

By now the traffic was very busy and the roads started to have long lines of vehicles backing up. As we got closer to the roundabout we could see a total grid lock. Our two-way road into the roundabout became a three lane entering the roundabout and the curb side was the exit out!!

The roundabout itself was totally blocked by trucks and busses, lucky for us that we had a very gutsy and cheeky driver who pushed his was from the left to the right lane and then between a small gap into the roundabout and out the other side.

We arrived at the Moon Temple passing many cars on very thin roads with some on the wrong side blocking our way. The driver said because it was Saturday and the ship was in it made for a very congested time.

“The Pyramid of the Moon”

There is a museum here called Huacas de Moche and is very close to the Pyramid, we didn’t go in as we were a little concerned about the state of the traffic and being able to get back to the ship on time.

There were a number of hairless dogs roaming around at the entrance that looked rather strange. They are in fact the Peruvian Inca Orchid breed of dog and are very special to the area. 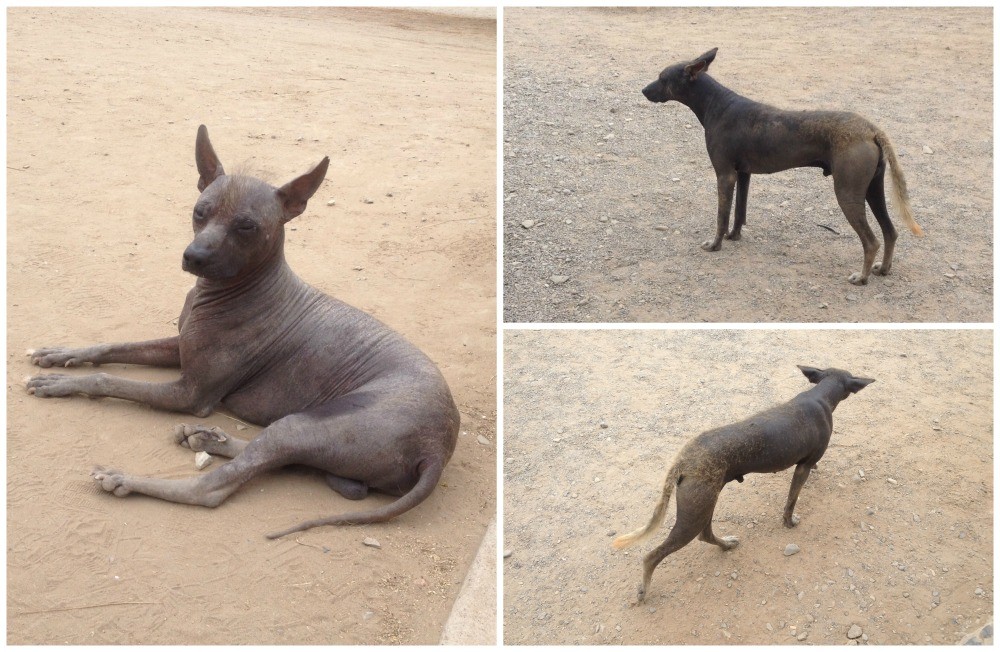 At the Moon temple we paid the entrance fee $5 and had an English-speaking guide. You can only enter with a guide as it is an active archeological site.

The City of Moche in Peru

“The archeological site of the city of Moche in Peru”

This place is very interesting and our guide explained a lot of details that was not just aimed at the tourist.

The archeological site of the city of Moche in Peru

This place was discovered in 1981 and has been constantly an active archeological site funded by World Monuments Fund with many new areas being discovered, just a month ago a new area was uncovered.

The sand keeps blowing in and around the area making it very challenging yet also opening up new areas.

This is a short clip of the area.

The Mural of the Myths – El Mural de los Mitos

How Huaca de Luna used to look before the histroical Moche city was discovered dating from to 200 AD – 700 AD, before the Chimu and the more known Incas from around 1400 AD.

Temple of the Moon archeological site

After our visit here we returned to the ship taking a few back roads to avoid some of the heavy traffic.

Seeing the welcome to Salaverry sign and then the ship was a verry welcome sight for sure. 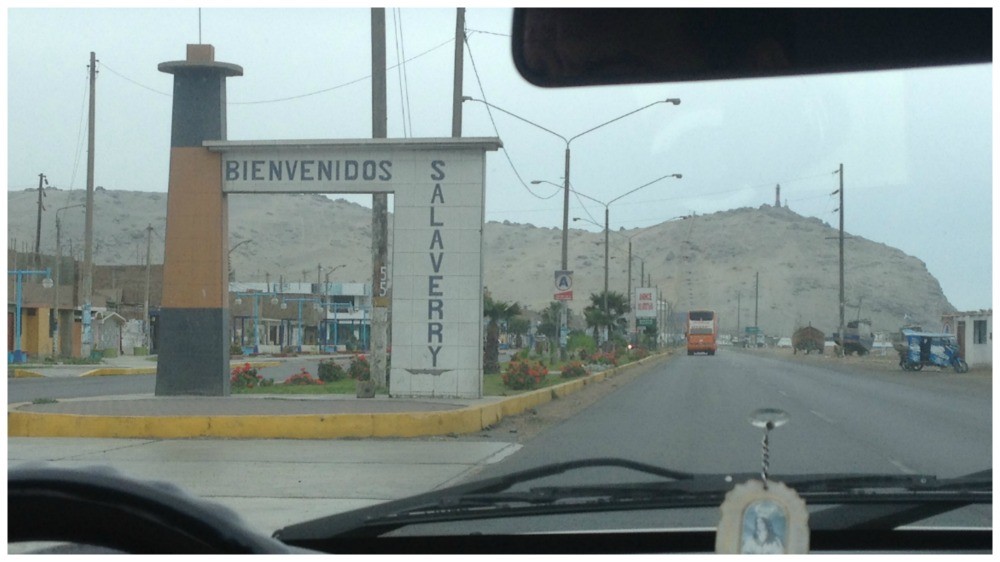 At the dock we paid our driver $25 each and then headed on board for a late afternoon meal.

Tonight was an interesting table discussion with one couple having a domestic while we discussed a few topics with another couple. Never a dull moment at a dinner table that’s for sure. Nevertheless we enjoyed our meals. 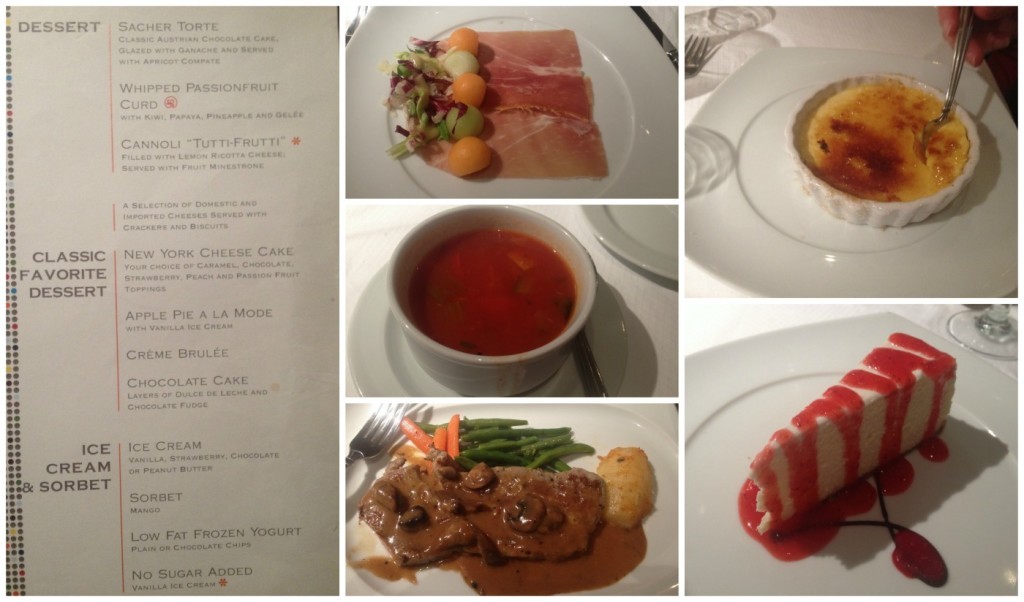 The show was Oli Nez a saxophone player as well as the flute and other wind instruments. His show was a bit flat and never really excited, maybe because like he said, he had a huge day getting here from the Middle East. 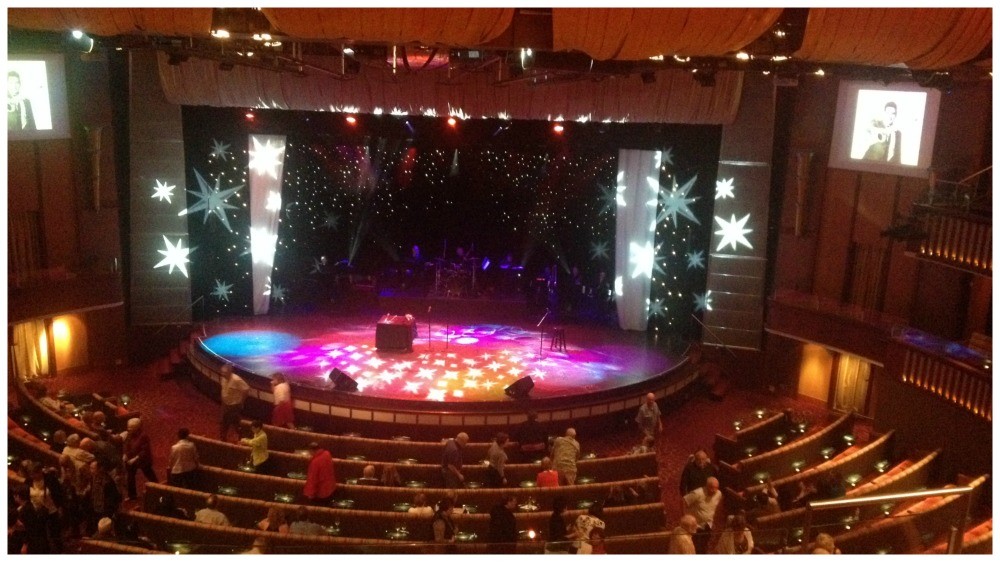 Showtime in the Celebrity Theater

Back in the cabin was a bottle of wine from Meryl at guest relations inquiring about our cabin to see if all was ok, that’s a really lovely gesture.

Back on the ship now as I write this up, we have heard the stories of people being stuck in the roundabout on the busses for 3 hours, actually not moving for over an hour. They said it was crazy and were lucky to get back to the ship, which explains why we were late leaving.