Planning a trip to Rome? Check out the best way to get from the airport to the city. Or maybe you want to find the cheapest way to go from Termini station in Rome to the airport.

There are many ways to reach your accommodation in the city of Rome from the airport. If you want door to door at any cost then grab a taxi.

Taxi from Rome airport to the city

A taxi from Fiumicino-Leonardo da Vinci airport to Rome is upwards of €48. I say ‘upwards’ because even though that’s the flat rate set by the city and includes all passengers, all of the bags, to one stop in the center, the majority of taxi drivers will charge you more. From the Ciampino airport, it’s €30 and expect to pay more.

It is a known fact that taxi drivers in Rome do tend to rip people off, just be aware. Sorry for the legit drivers 🙂 but it has to be said.

Best budget options from Rome airport to the city

If you’re after a more budget friendly transfer then you have a few options.

Shuttles to the city run often and go from €15 per person for a shared ride stopping at different hotels on the way. So journey times do range, but expect anything from 30 minutes onwards. Remember, this will get you door to door.

The trains run frequently and are probably the most direct to the city and less prone to delays. Depending on station, they range from 8 to 14 Euros one way into the city. Remember, from your end station you will need to either walk or take other transport.

Our favourite way to get from the airport to the city of Rome or from the city (Rome Termini station) to the airport is by coach / bus. It may take a little longer than a taxi direct or by train but for the best value the coach is the way to go. Depending on your accommodation you will have to walk or take some other transport from the Termini station.

EO Tip here; Find a place close to the station and avoid extra transport fees. There are plenty of places around this area near to the station within walking distance.

If you plan on getting to the airport in, be it Fiumicino (Leonardo da Vinci Airport) or Ciampino (Giovan Battista Pastine Airport) you could take the train, but a cheaper and probably more convenient way is by coach.

We saw three different companies offering a direct service to and from both airports ranging from 4 to 6 euros one way depending on airport.

They all leave from the same place along the Via Giovanni Giolitti which is the road that runs down the south side of the station. The area here is undercover which will help when raining. 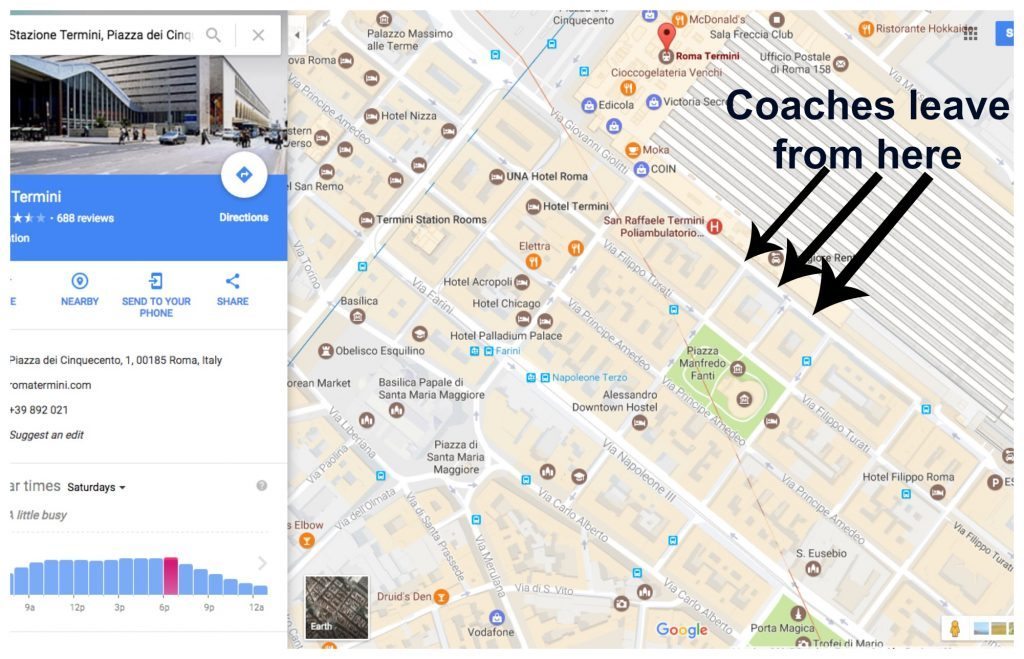 At our time of research, trains from Termini to the airport cost €14 and take 32 minutes. The coach costs 6 euro and takes 45 minutes. The ideal thing with the coach allows you to catch it roadside not having to venture into the train station and find the right platform via stairs or lifts etc. Drop off is directly outside of the arrivals area with no roads to cross. 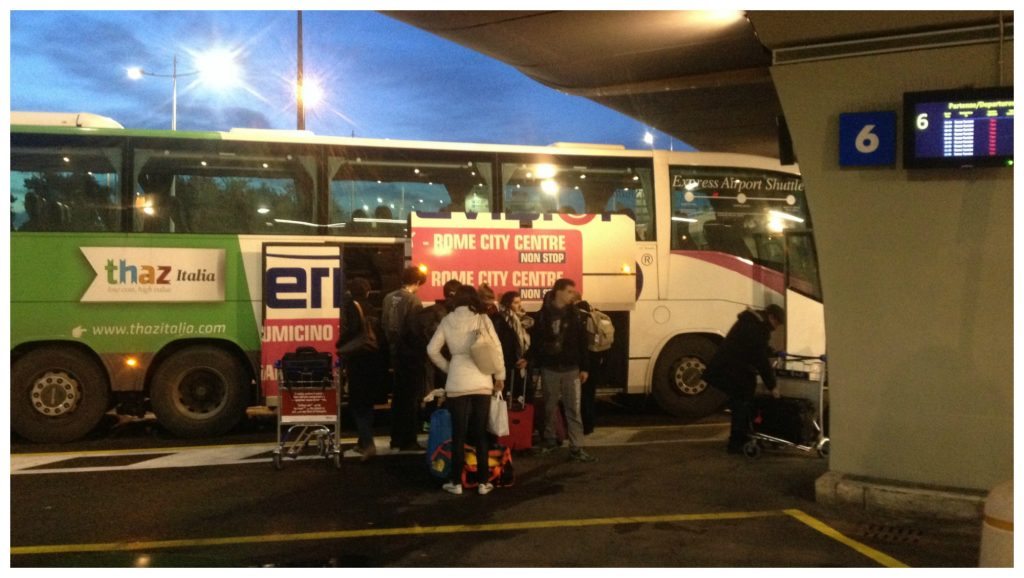 You can buy tickets directly at the coach outside the station and at the ticket booths outside the arrivals hall at the airport. 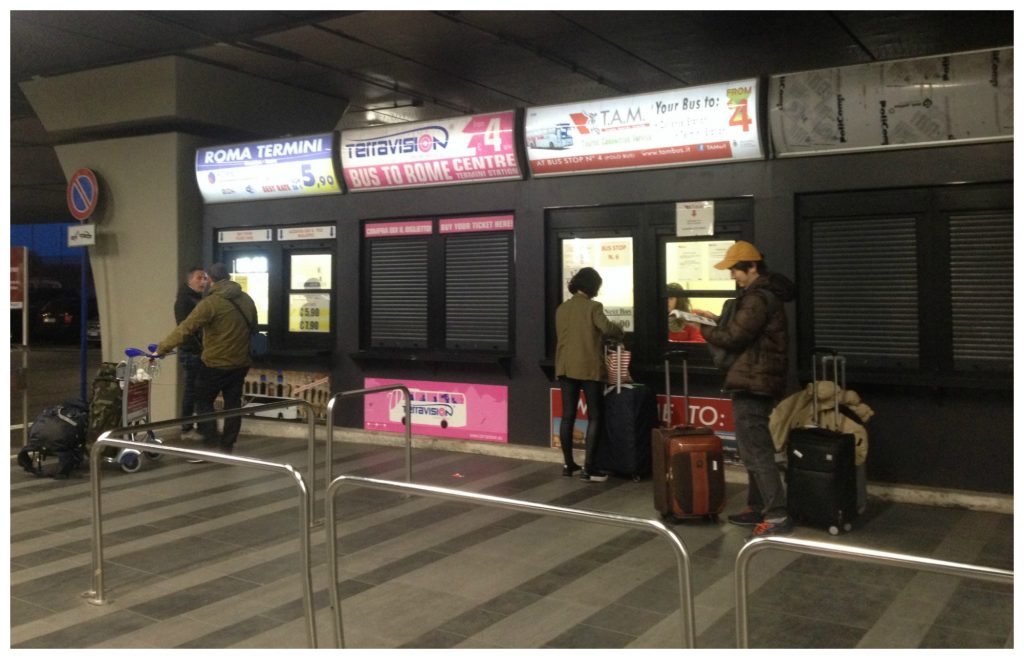 From our AirBnB apartment in Rome it was perfect and only 2 minutes walk, I think less than 500 footsteps 🙂

Plan ahead for your visit to Rome

Planning ahead for your visit to Rome should include your transport to the city from the airport to accommodation. Before you book your dream hotel in the centre or a BnB in the sticks, work out what it will cost to get there. A short walk from the Termini station to a slightly more expensive hotel could save you in the long run by not having to pay for expensive taxi fares.

Where ever you decide to stay in Rome, always keep your wits about you and travel safe. We stayed 7 nights in Rome and had an amazing time walking hundreds of kilometres during the week. We managed to visit many of the must see sights of Rome without breaking the bank.

I’m pleased to say, that at the end of our stay we found the best way to get to the airport from the city of Rome.