Breakfast in the L’Edera restaurant

was rather a rushed affair. The menu has your normal items but nothing more. Service was ok, it took forever to receive a juice though. 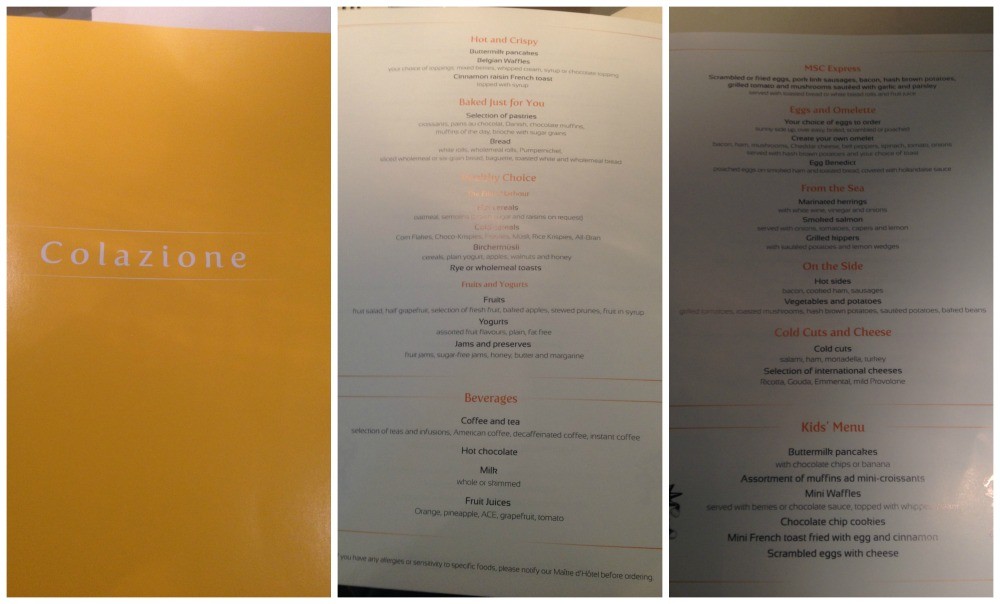 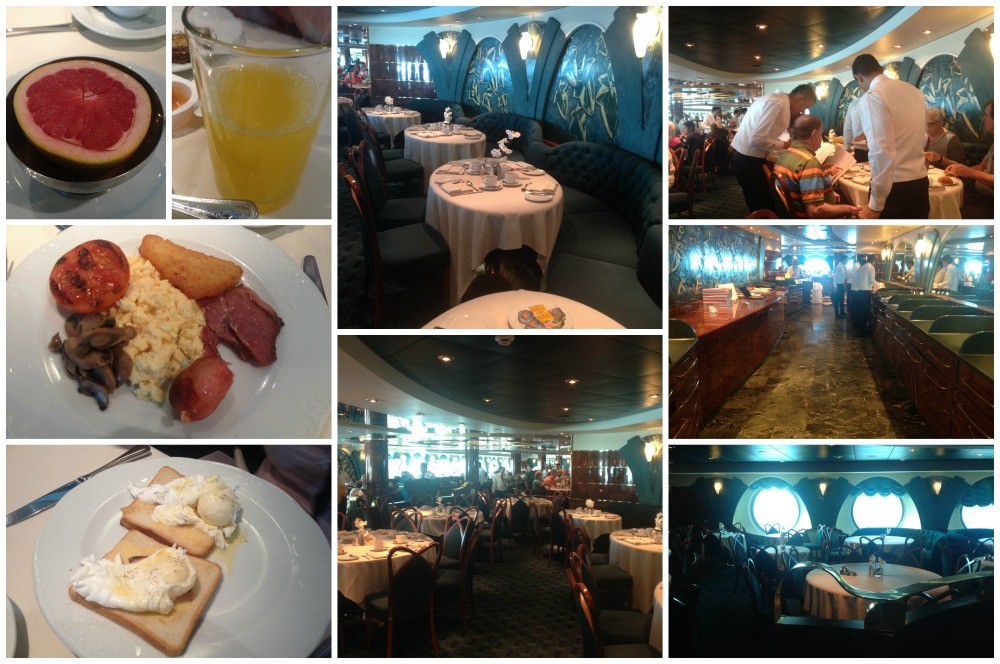 After breakfast Moni took part in another craft lesson while I went to the port talk on Rio. The talk was informative and I picked up a few interesting facts and you can book all tours at the very busy tour desk. We met up back in the cabin, Moni said the crafts class was very busy and she had a great time meeting some other Aussies.

MSC Travel Agency on board (the tour booking desk)

MSC Travel Agency on board (the tour booking desk)

From then on I had massive aches and pains and knots in the stomach, a headache…feels very flu-like… Not sure where this came from, but it knocked me for six. I slept the entire rest of the day.

After the watching the sun set from the bed, we went to the buffet for a nibble, that’s all I was wanting, I had no appetite. 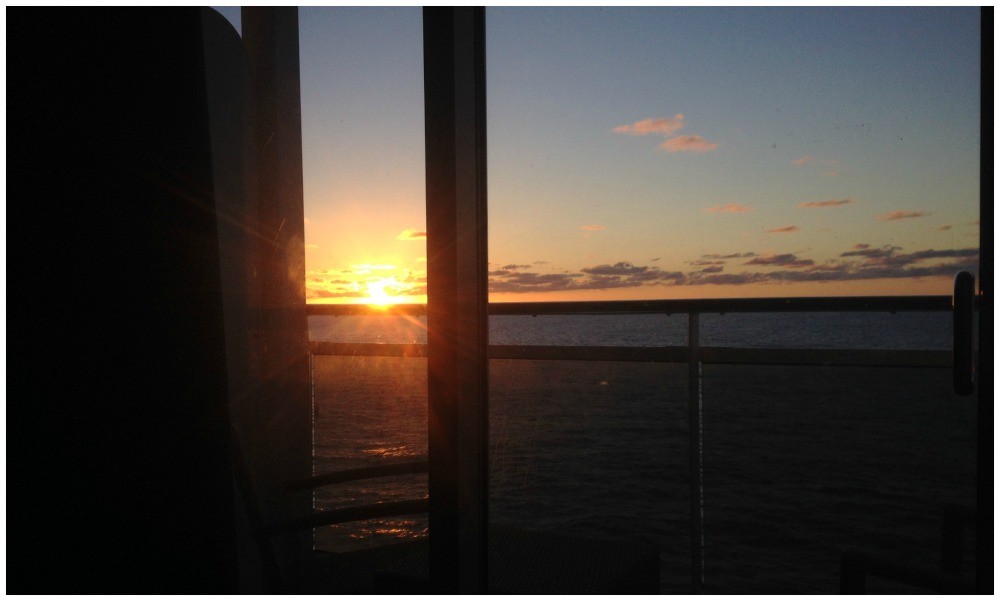 Sunset view from the bed through the cabin windows

Dinner choice at the buffet was average

Not that the food options were exciting, probably the worse selection of any buffet onboard a ship so far… I’ll be sure to record the display to show… 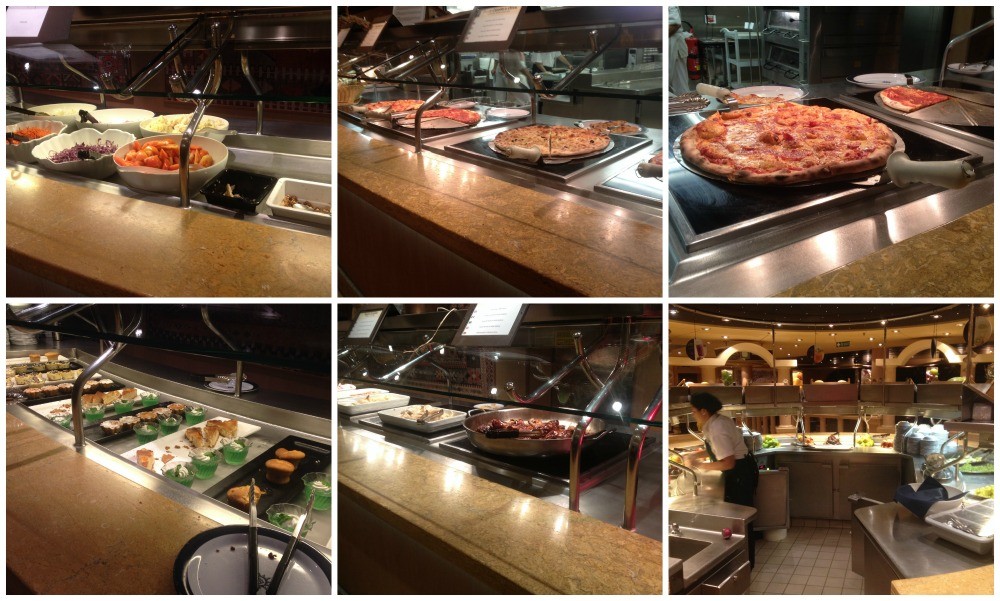 Then we had a double whiskey in the Topazio bar before heading to bed. I had bought a drink package for outside the meal times, which cost $84 USD and has 18 vouchers. 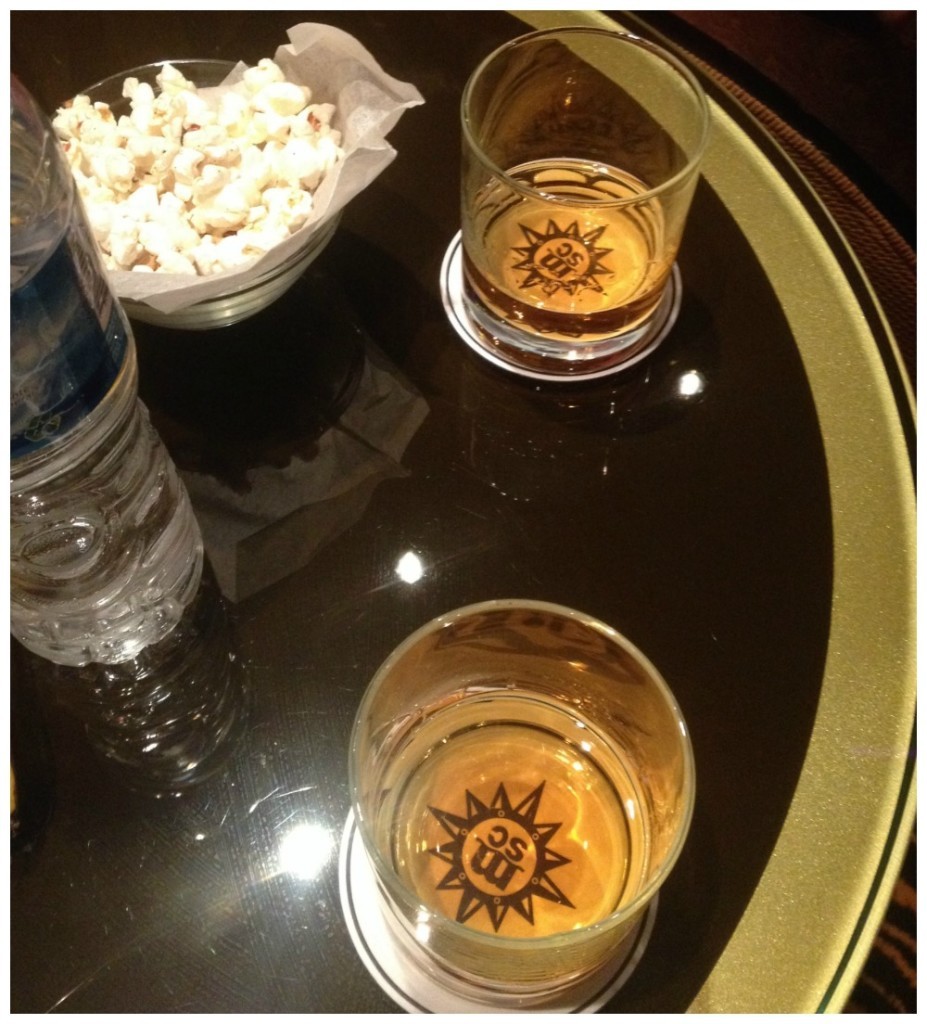 Not all top shelf spirits are included but plenty for us. Our two doubles would have cost $28 and we paid with the vouchers $9.34 per drink so again great value. This is one of the drinks list called the Alchemists Corner… 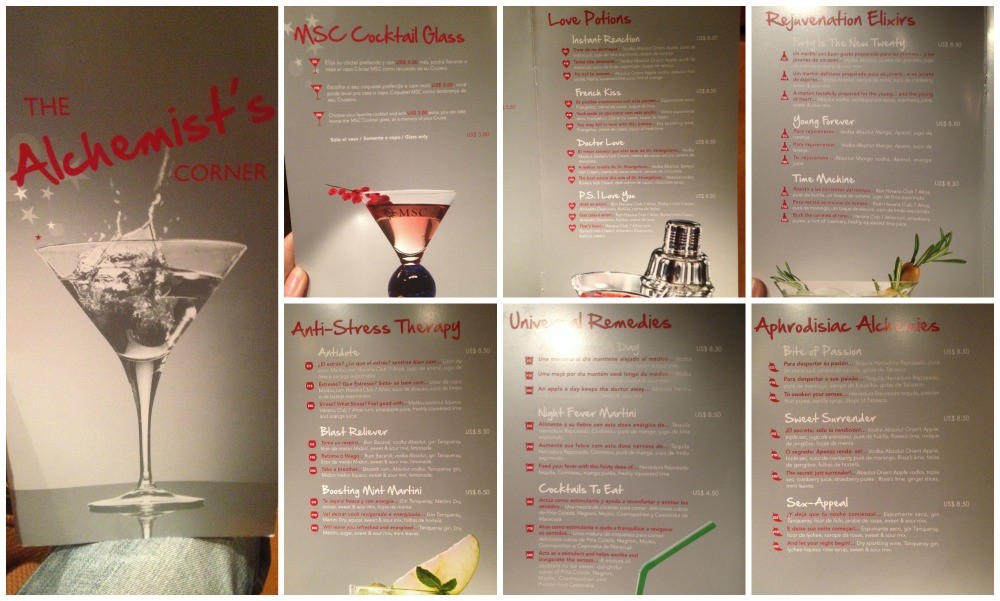 We finally met our cabin steward as he was next door to our cabin on returning. It would be the first and last time we’d see him as it was his last night onboard, his contract was concluding in the morning, after 7 months onboard he was going home to Rio. He told us that a new steward would be taking over for the rest of the voyage.