We just stayed 7 nights in Rome and I booked our apartment in the city through AirBnB. We like to use the AirBnB site for ease of use and value for money. If you’d like to get started with AirBnB and receive $50 AUD off your first AirBnB booking then contact me via Facebook. 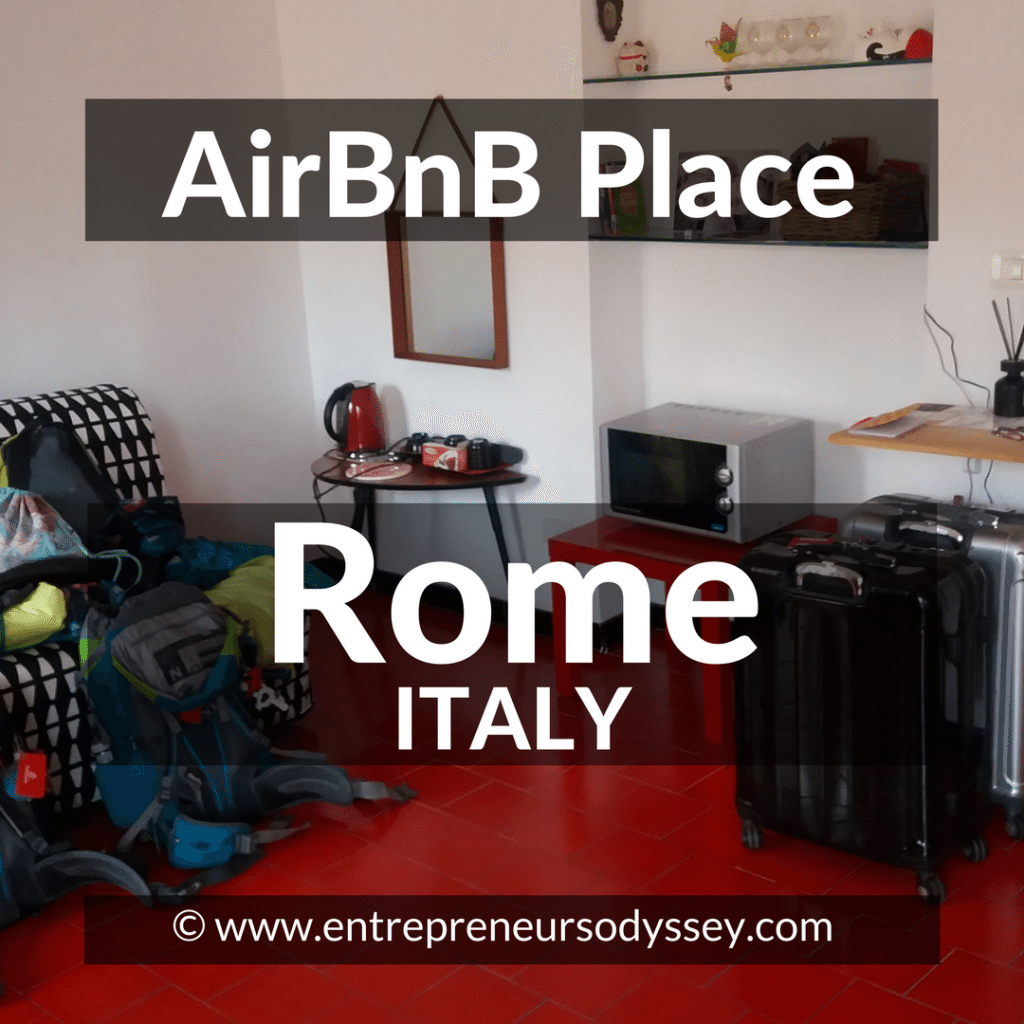 First of all let it be said that Rome is expensive. During my search there was not much available at the cheaper end of the scale. I wanted a place close to the Termini station for ease of getting to the airport early on departure day.

Having checked out the best way to get from Rome Termini to the airport I decided on a place two streets away from the station. It worked out awesomely, sort of 🙂

As for the AirBnB apartment in Rome, well

The host (Lorenzo) met us at the front door and showed us in. The apartment is on the top floor of the building and we took an old fashioned lift.

First impressions… I thought the place was smaller than it looked on the photos and on looking back, I could see that some of the images are stretched or taken at a very clever angle to make the rooms seem larger.

That didn’t disappoint us at all though and we had everything we needed in this place.

Lorenzo had left plenty of small snacks, some soft drinks, juice and wine in the fridge as well as a few other basics in the tiniest of kitchens. A very large built person would have a problem here. 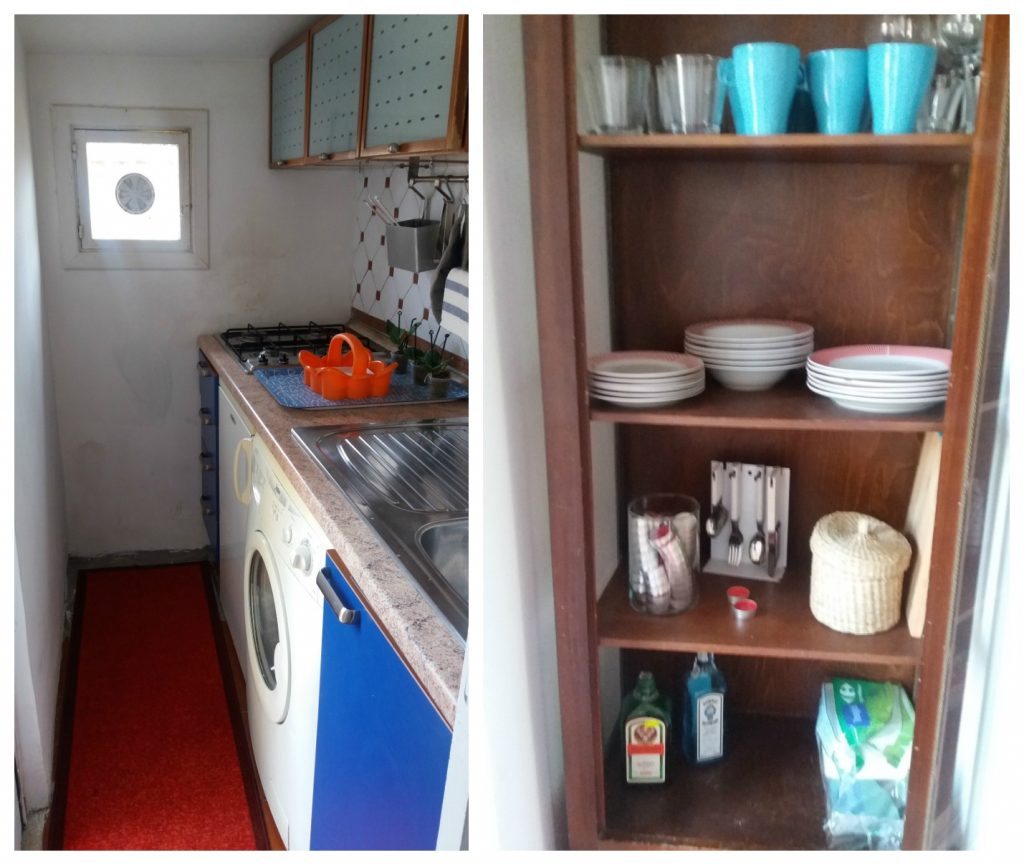 By the way, the bottles of Gin & Jagermeister were empty, and this cupboard is between the kitchen & bathroom. 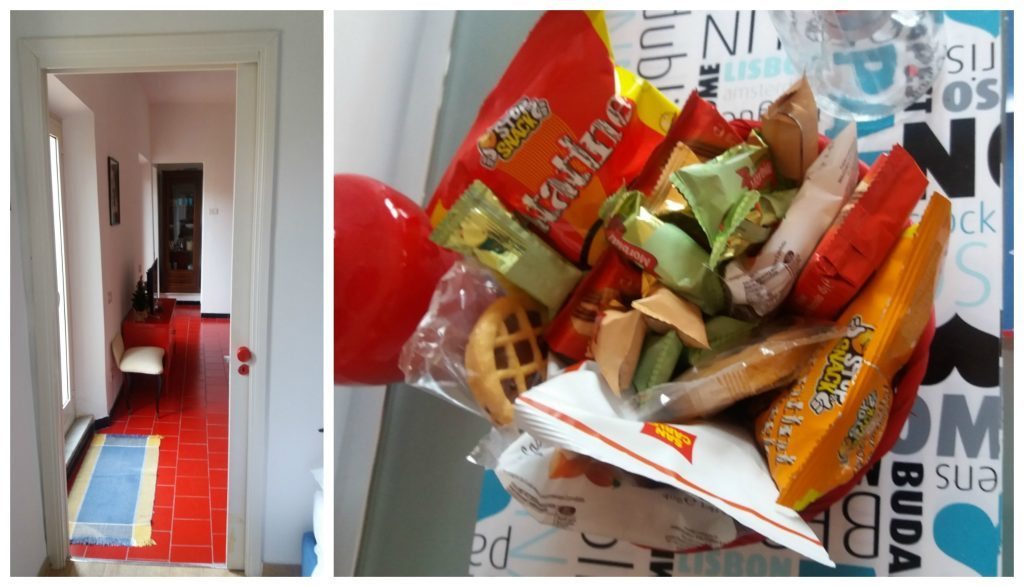 The bathroom had soaps and shampoo, plenty of toilet paper, towels etc. And the water pressure was good, plentiful and hot. 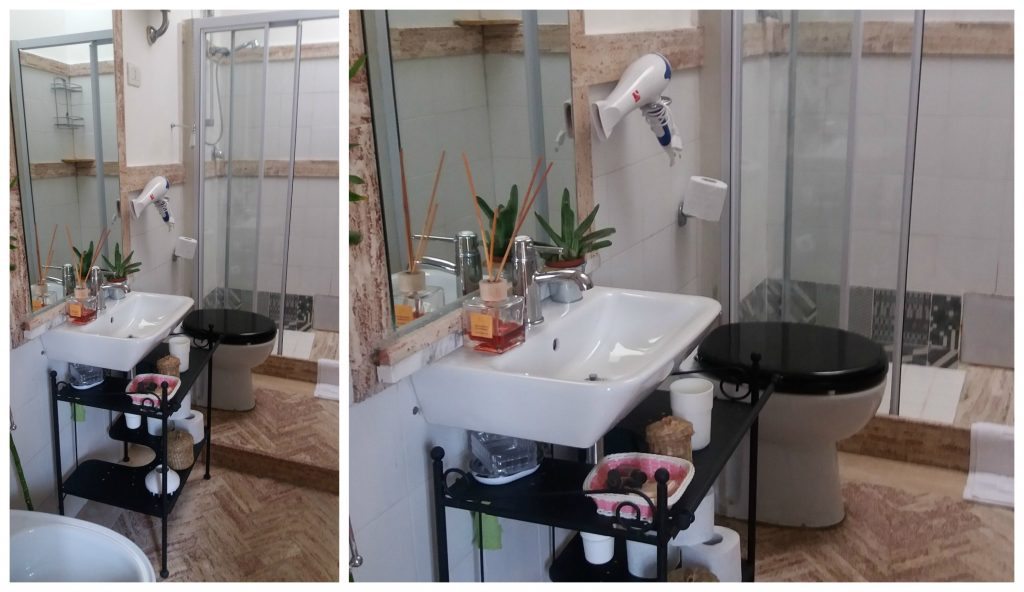 The bed was very comfortable, like sleeping on cotton wool, and so warm. The flat has excellent central heating which was great as Rome was quite cold.

The living room was fine, with a sofa bed, a dining table with chairs, tv. Outside on the terrace was a table with chairs and the view over to other buildings, nothing flash. Probably a great place during hot summer months no doubt. 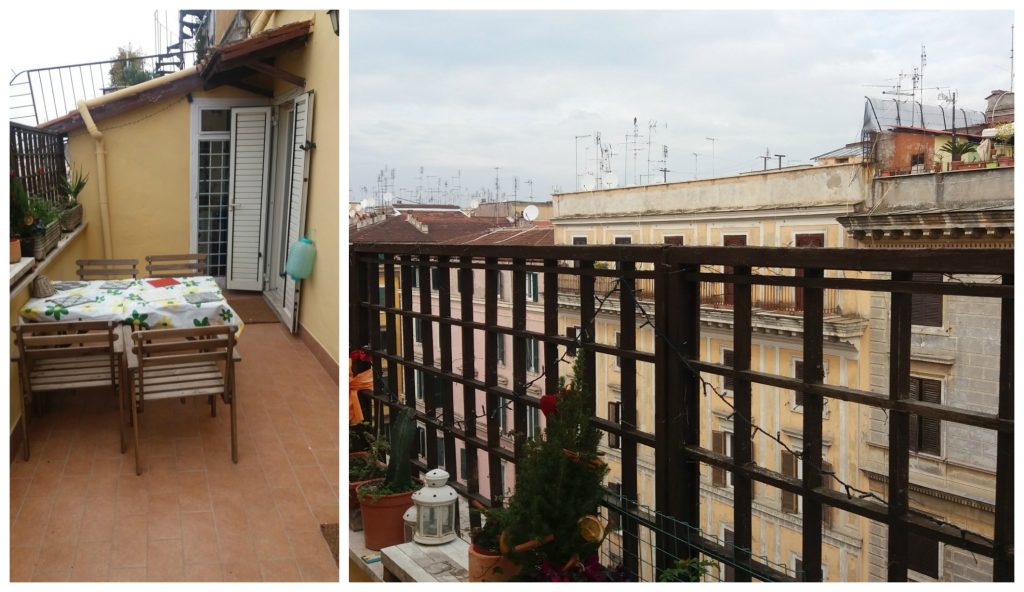 The one real negative was a really bad smell that came from the bathroom sinks and drains. Safe to say it was disgusting and if it doesn’t get fixed we would certainly not return. Lorenzo has written to me saying it will be fixed 🙂 fingers crossed.

I think that it has been an ongoing issue. What makes me think that?

Each room had a bunch of fragrance sticks giving off a rather overpowering scent. I did notice it immediately on entering the apartment but paid no real attention until the bathroom smell took over, which was around day 4.

Funny enough none of the reviews on AirBnB mention it, which kinda makes me think that the majority of stays are probably just a weekend or three day trip.

That’s another reason why people leaving the reviews need to be totally honest when writing up about their stay. By not mentioning the good and bad it doesn’t help the travelers it only helps the hosts which we pay good fees.

The area is ideal for the Termini station and getting to the airport with ease. As for being near to the sights of Rome, sure you could find places closer if you want. We love to walk and explore the city on foot, and each day we averaged around 10 km’s. Not once did we need to use public transport even though it is easily accessible.

The area near to this apartment is what I’d call the asian district, full of those cheap knock off shops and souvenirs etc. also pretty dirty, but then so was most of Rome in general. We saw many overflowing rubbish bins and refuse littering the streets.

Dirty streets and smelly digs aside, we had an awesome time visiting Rome and saw many of the sights that Rome has to offer.

Rome wasn’t built in a day and neither should your visit be just a day. I’d recommend between 5 & 7 days to really get to experience Rome and plenty of the sights at a nice leisurely pace. If you’re planning a trip to Rome then check out some recommendations for what to see & do in Rome for 7 days.