Moni was not feeling crash hot today and I let her sleep while I had breakfast before bringing some toast and tea back to the cabin.

I had the final flash mob practice before the stage event tomorrow, unfortunately with Mon not feeling well she will miss out on participating.

I had lunch on my own from the buffet and enjoyed lots of salad more than the hot selection. I visited the buffet three times and each time came back to another table with my fresh cutlery and napkin. Kudos to the laundry for keeping up with so much linen. 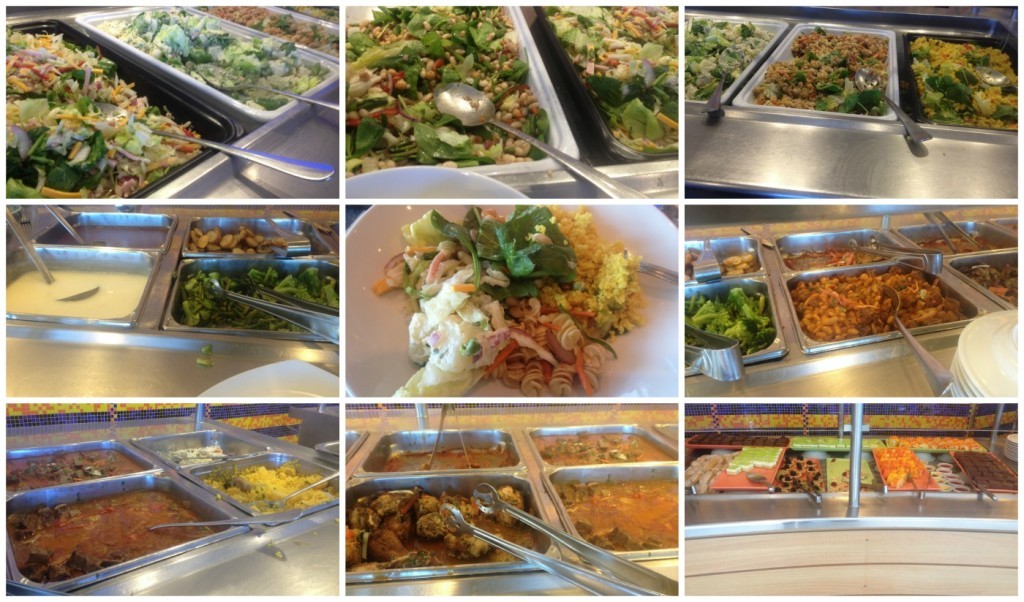 Lunch buffet in the Oceanview Cafe on Celebrity Infinity

Lunch was very enjoyable and I was full. I was glad that I could sit down and listen to Mickey Live give his talk in the afternoon, all part of the Celebrity life events on board. 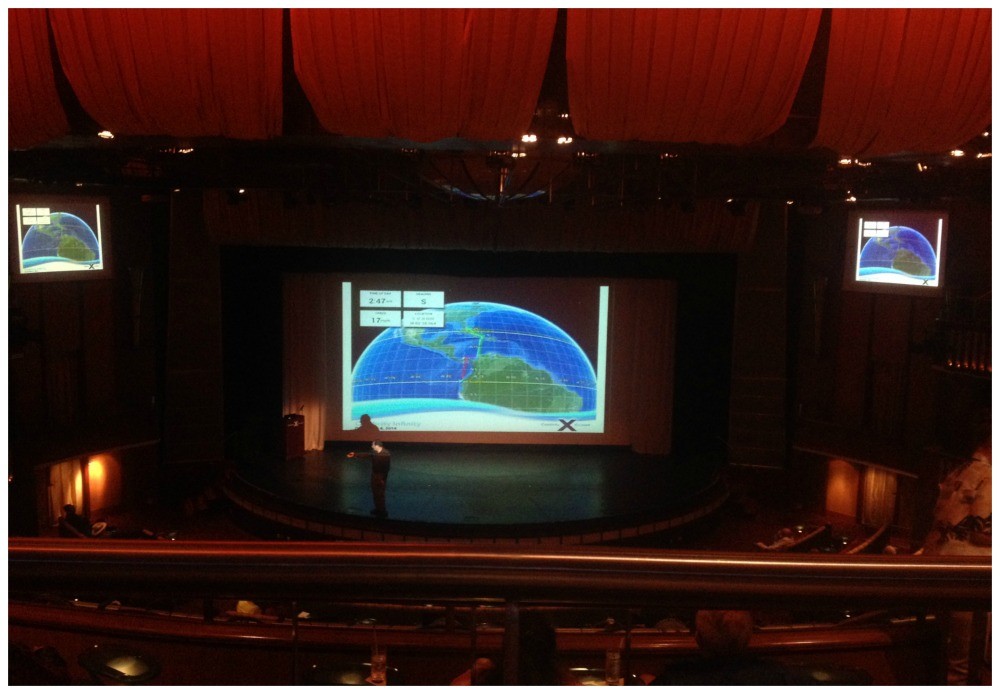 Mickey Live is a very good presenter and very down to earth, we met him first on the Celebrity Millennium earlier this year. You can follow him and his adventures on Facebook here.

After spending some time in the cabin making sure Moni had something to drink and eat. She was really not good and the food was just not staying in!! Not sure why, but a few people have started to get a bit sick.

It was formal night and I was not overly keen on getting dressed up and dining alone so I took a look at what the buffet had to offer. I was very disappointed to see the same salads as for lunch just served in glass bowls. I opted to bite the bullet and get my gear on and head to the dining room.

The same salads at dinner that were on the lunch buffet

Dinner was great and I had good company at the table. The four others had just come back from the Machu Picchu tour and joined the ship the evening leaving Arica.

I got the run down on the tour and what they enjoyed, which was pretty much all of it a good thing as it cost more than the whole cruise itself… Yes that is right, that particular tour cost more than the 16 day cruise. And you actually were two nights away from the ship. 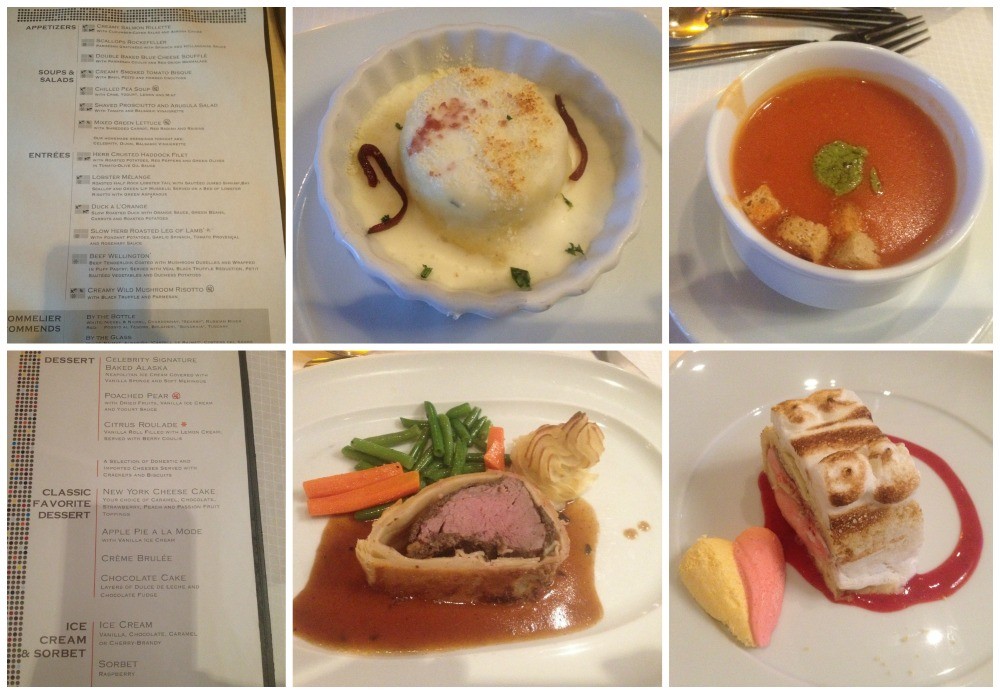 Dinner for one in the Trellis

After dinner I was back in the cabin to make sure Moni was getting better.

Tags: Dinner for one in the Trellis, Lunch buffet in the Oceanview Cafe on Celebrity Infinity, Mickey Live on stage, Moni Not Feeling Well at Sea