We received some really sad news the other day. Our beloved Miss Birdy died in the night at home with her other cockatiel family members near her. RIP Miss Birdy 11/3/17 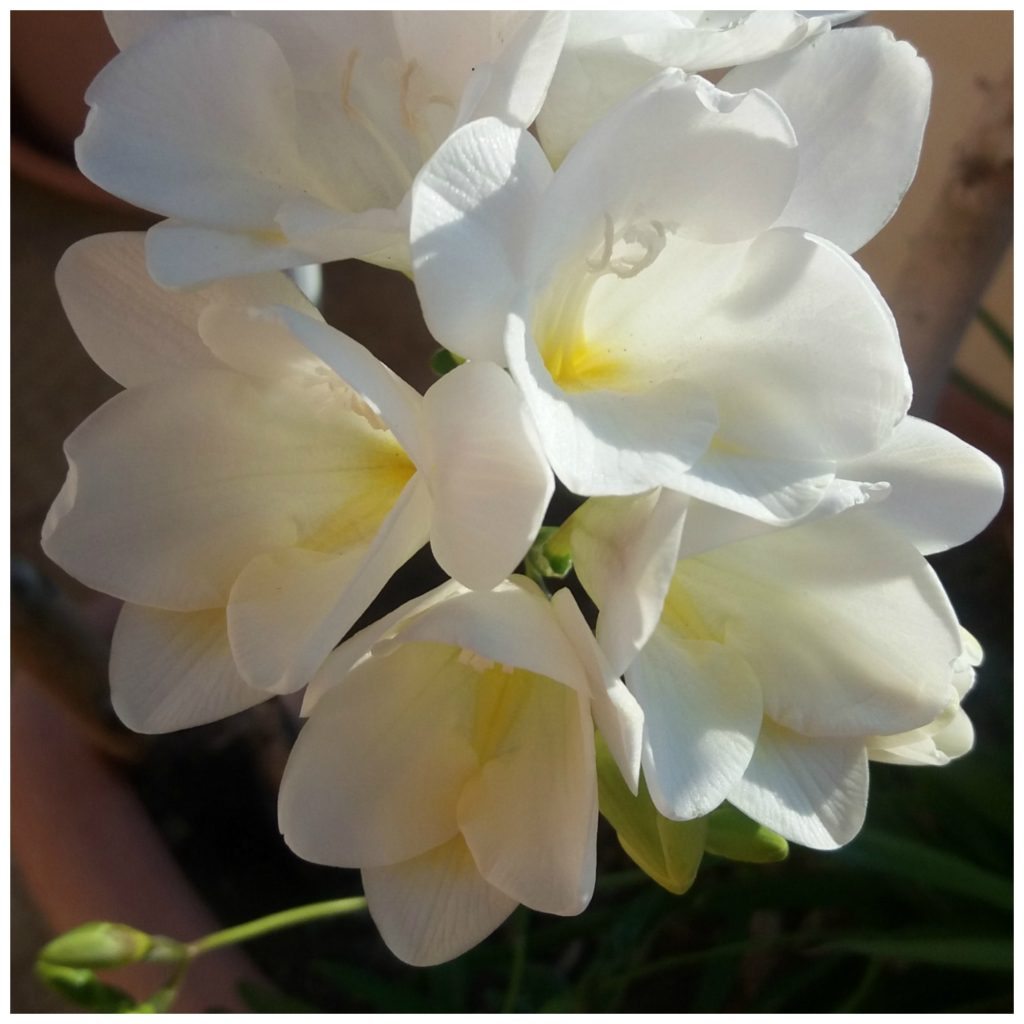 This Freesia bloomed on the day Miss Birdy died

Miss Birdy was our first cockatiel and will always have a special place in our hearts.

Moni instantly fell in love with this beautiful yellow cockatiel when we offered to look after her while the owners went away, on their return I was given orders to persuaded them to let us keep her and care for her.

Thankfully, they saw the light and since that day we have spent hours and hours of unconditional love with her and her growing family. We have had many wonderful moments with Miss Birdy and some very tragic lessons learned along the way.

This is a short heart whelming story that Moni wrote back in 2011 and has published on Amazon if you’d like to take a read.

Since that very emotional day when we said our goodbyes to our feathered family we have always continued to hold them close to our hearts and minds. It has been a constant battle in our minds about did we do the wrong thing, have we abandoned them and lots of other thoughts.

Time is the only healer when you miss someone so much.

The Tattoo that means so much more

Moni decided the very next day that she wanted a Miss Birdy tattoo so she would have her close forever more. A quick search online for a Tattooist, revealed one with good reviews in Bugibba and bingo off we went.

A coffee stop along the way at the beachfront and then following with google maps we finally found the place. 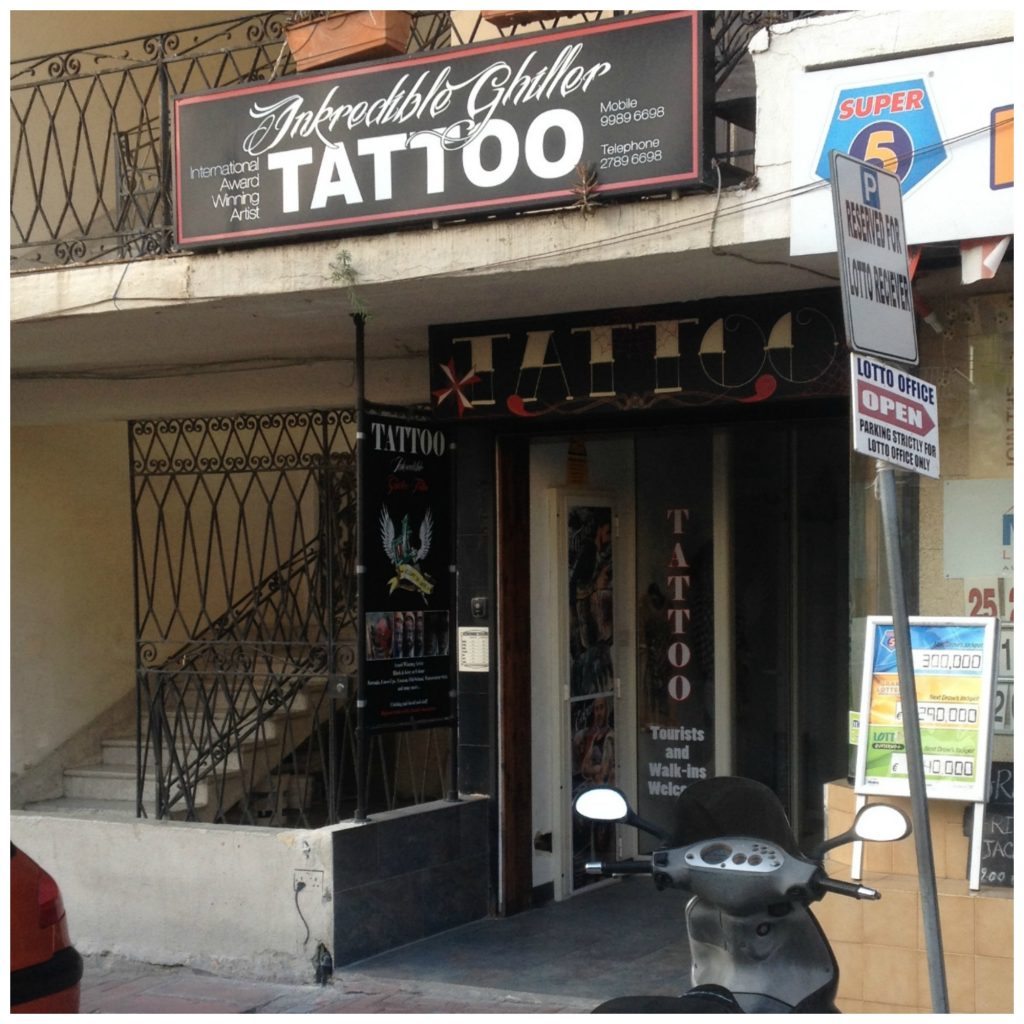 Moni explained to Thomas the tattooist what she wanted with the picture of Miss Birdy and some writing. The good news was that he could do the tattoo straight away… no backing out now. 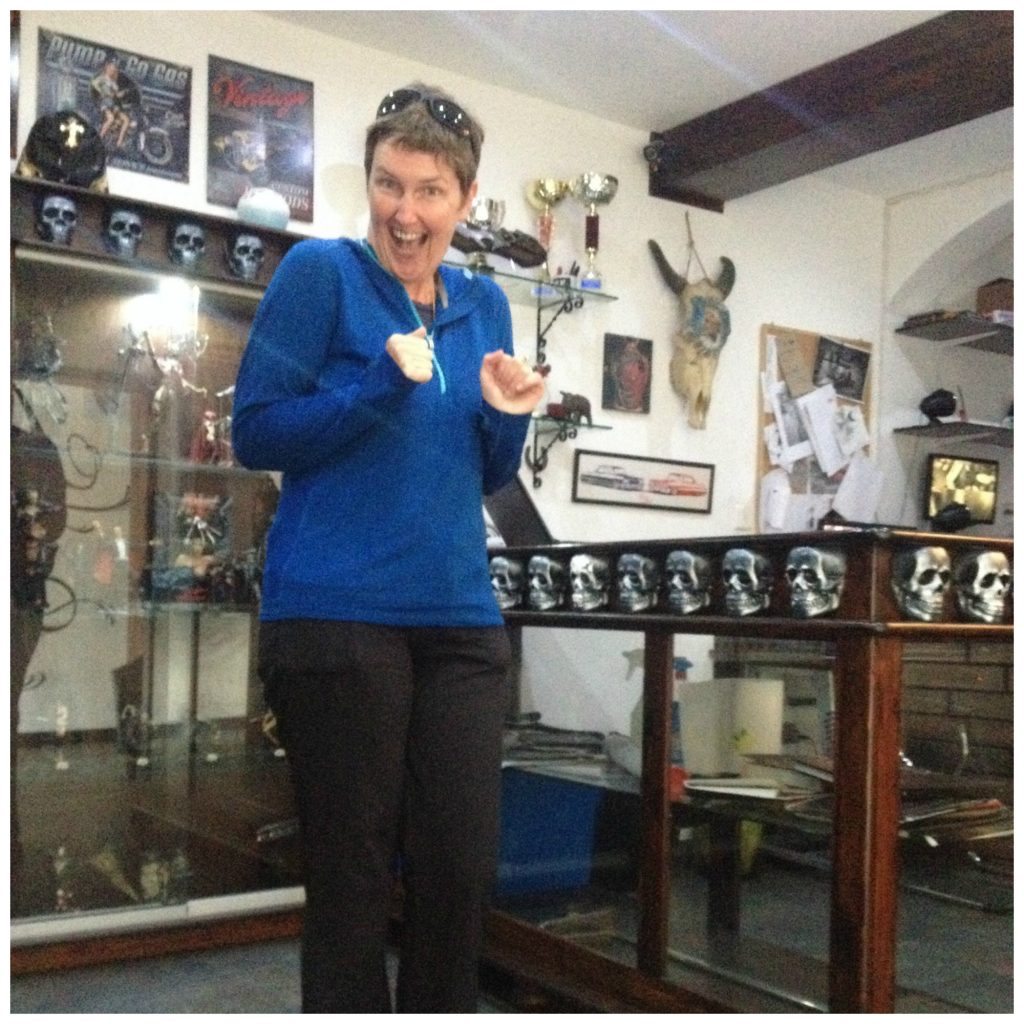 Not that Moni is one to change her mind once set on her goal.

Preparation for the tattoo

We sat and sipped on some tea while Thomas went to work on the design. This took the longest time of all to design, print, get set up with all the colours before even a single stroke was done.

Into the back area of the shop we moved and Moni’s leg was prepared for action. 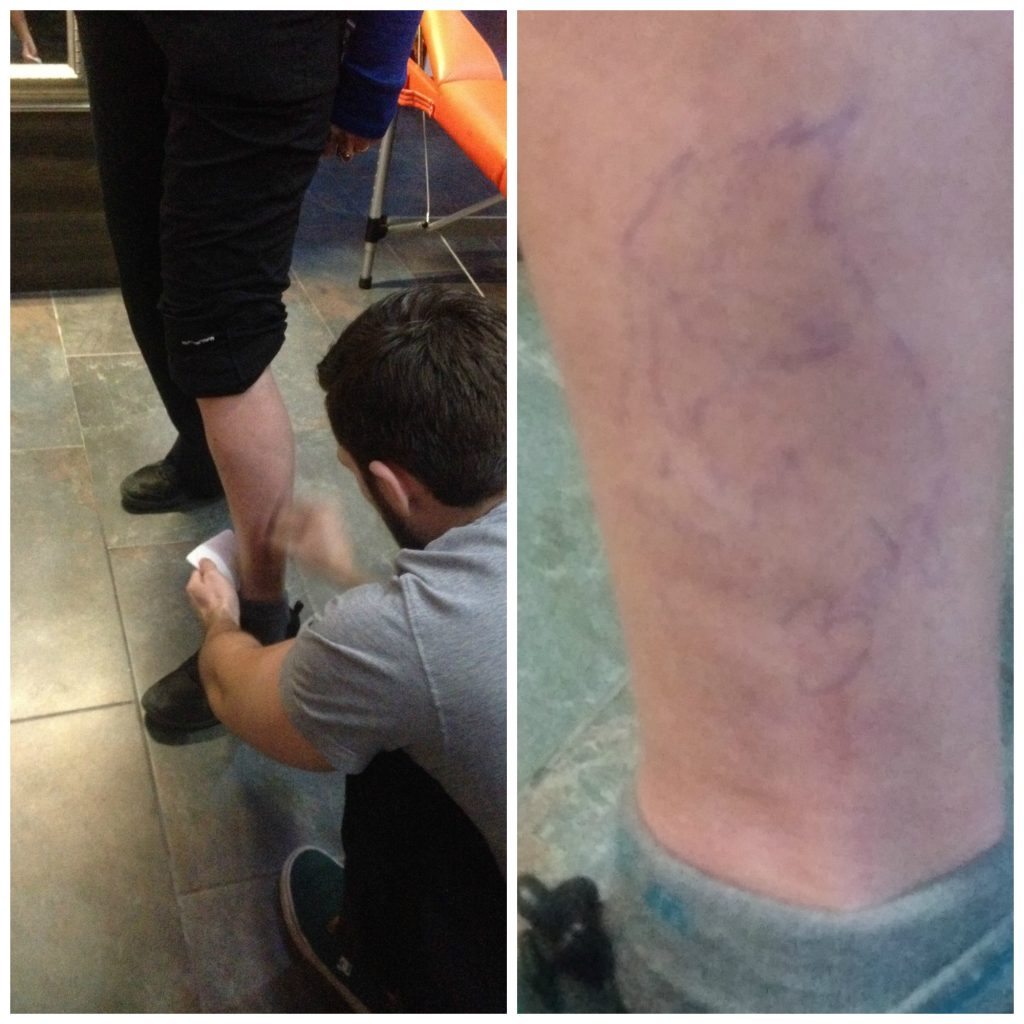 first up… extra shave and then feint outline printed on

I could sit and watch… Yikes.

I think Moni was more worried how I would react than anything else, lol. 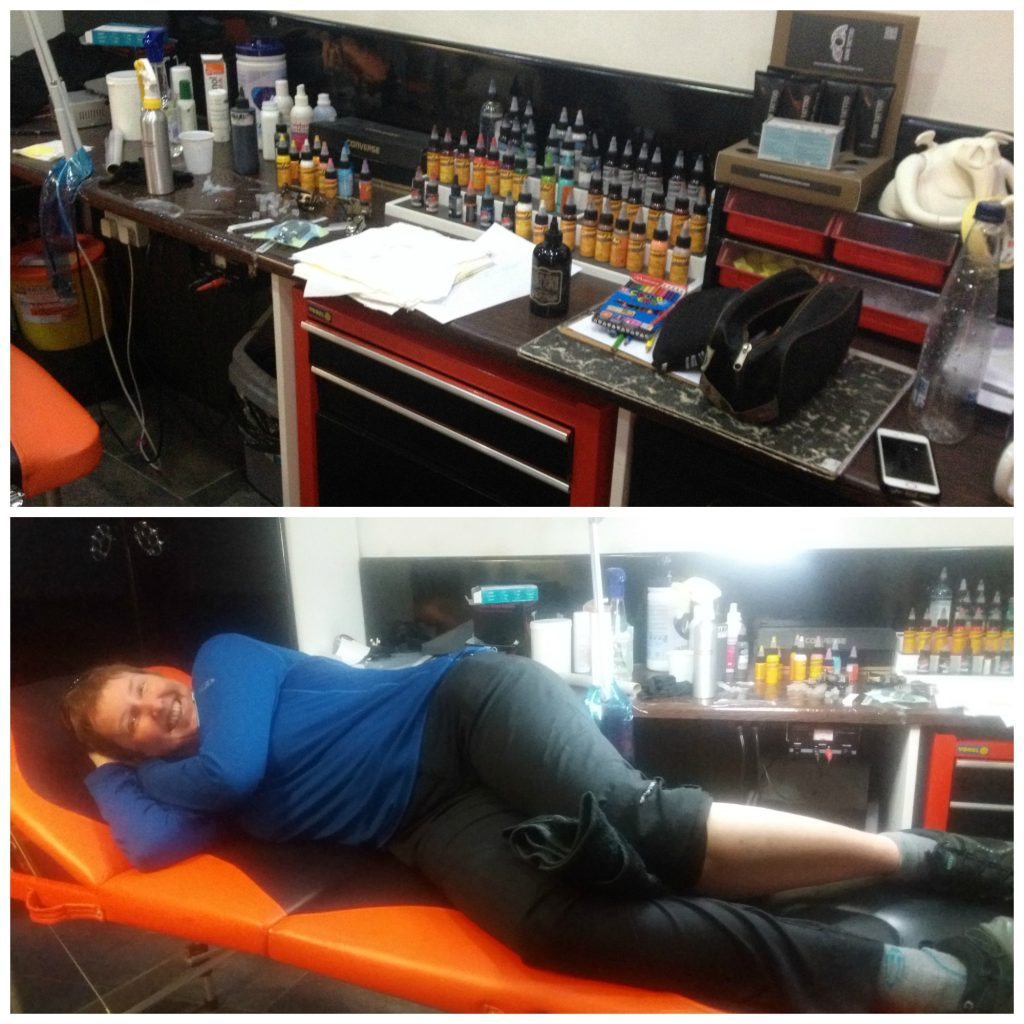 I was fine, thanks for asking… I did watch and take notes (not) but it was interesting. I certainly know what to expect and how the process unfolds. 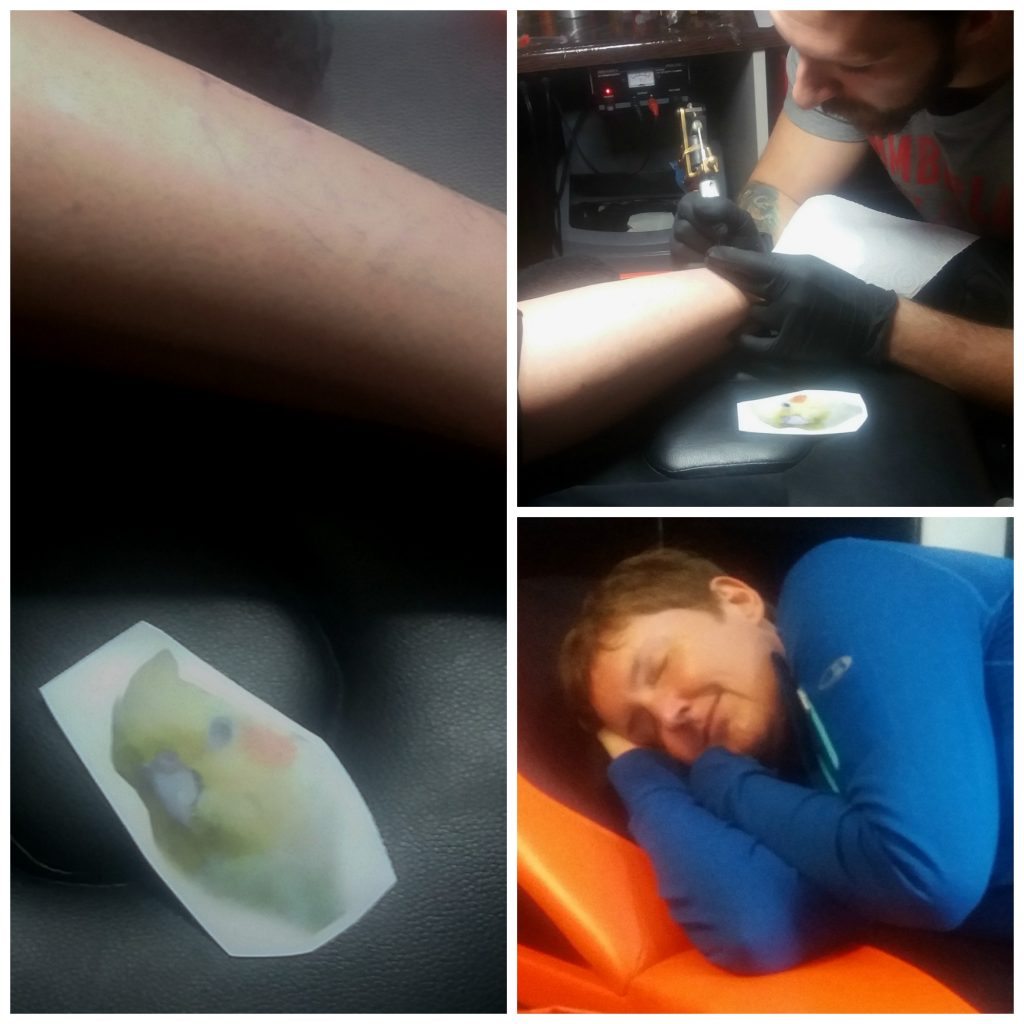 I know you’re asking… did it hurt?

Thomas said that it would and Moni was certainly brave. It did hurt heaps and her leg twitched often as he scrapped the ink into the skin. Even so, Moni didn’t cry, there were probably no more tears left after the entire day and night of sobbing previously. 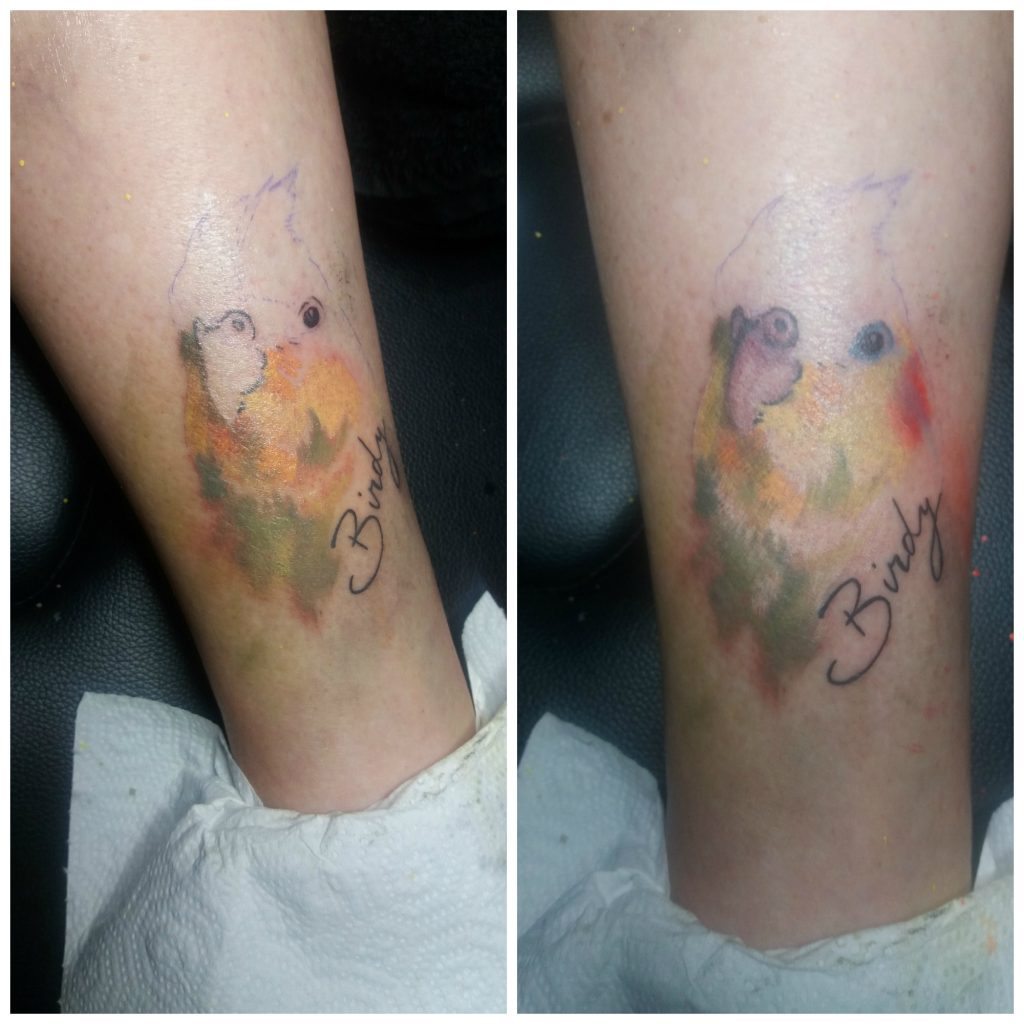 The result was fantastic. And Moni is so pleased to have her princess with her forever more. 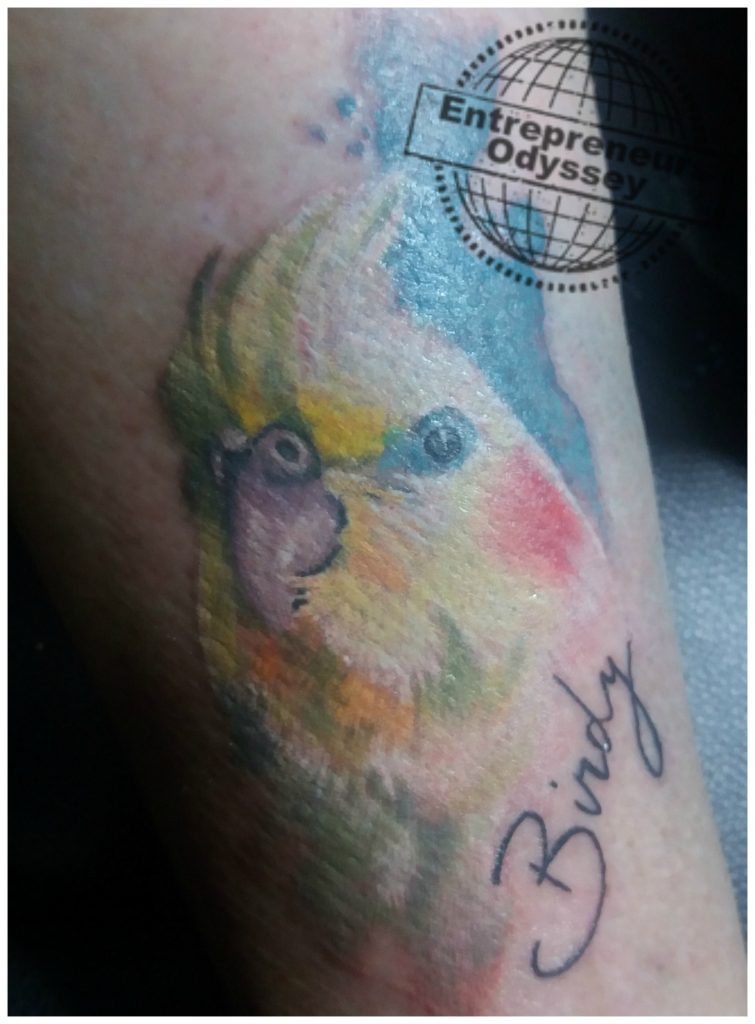 Final photo before lots of cream and cover-up

I know you’re wanting to know when am I getting mine done? A little secret… I hate needles. And even though I know how the procedure goes and that the needles are not like injection needles, there is still NO WAY that I’m getting a tattoo.