Another day in Osaka and we really didn’t want to do to much so we decided to experience a Japanese cinema, the one we chose was at Umeda station building on the top floor.

Another great looking day and we are up early, a quick breakfast and email check.

Downstairs at the reception we enquire to see if they could print out some documents for us, they couldn’t (wouldn’t), but just over the road is an office place that will the lady said. Over we go to ‘Kinikos’, this is a copy and printing shop, where you can work at a computer station and then print your documents out at one of the printers.

With a bit of help from the staff we quickly and cheaply have all the required documents printed for the cruise in hand. Next door is a Mos Burger and we decide to indulge ourselves.

After that we take the subway to Umeda station where we find a place for lunch, near to the Yodabashi Umeda shop called the Highball Bar which has been around since 1923, lunch was very good and not too expensive. 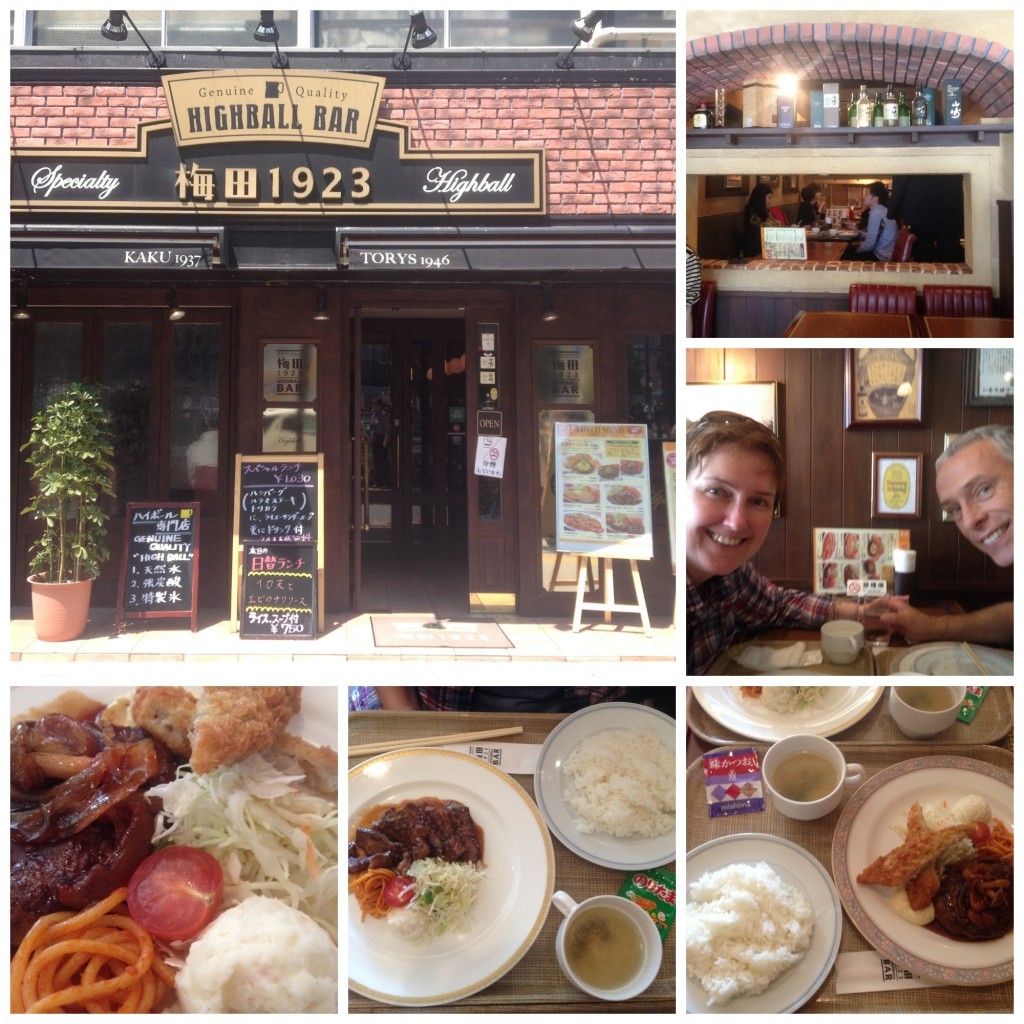 Lunch at the Highball Bar in Osaka

After lunch we head to the station building and at the top we check out the cinema where Moni chose a movie for us to watch, with some time before the film starts we go for a wander out on the roof terrace and soak up the sun and views. At the very top via some stairs is a garden escape. 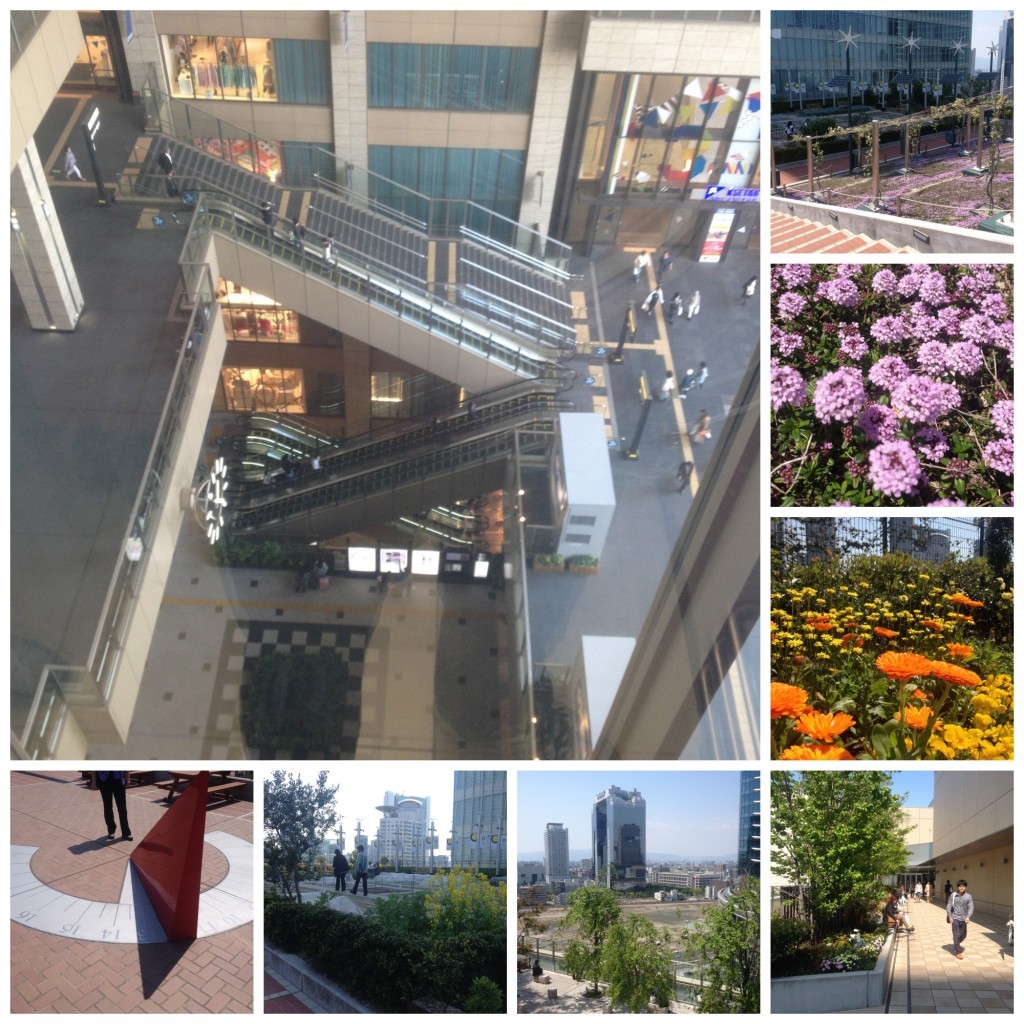 The garden at the top of the Umeda building

We didn’t know what to expect when going to the cinema in Japan seeing as this was our first time. The cinema complex is busy with people of all ages. As each cinema becomes ready for its screening the number lights up and you can then proceed to the cinema which shows your movie, and before you go in you can pick up a cushion and blanket if you so wish. 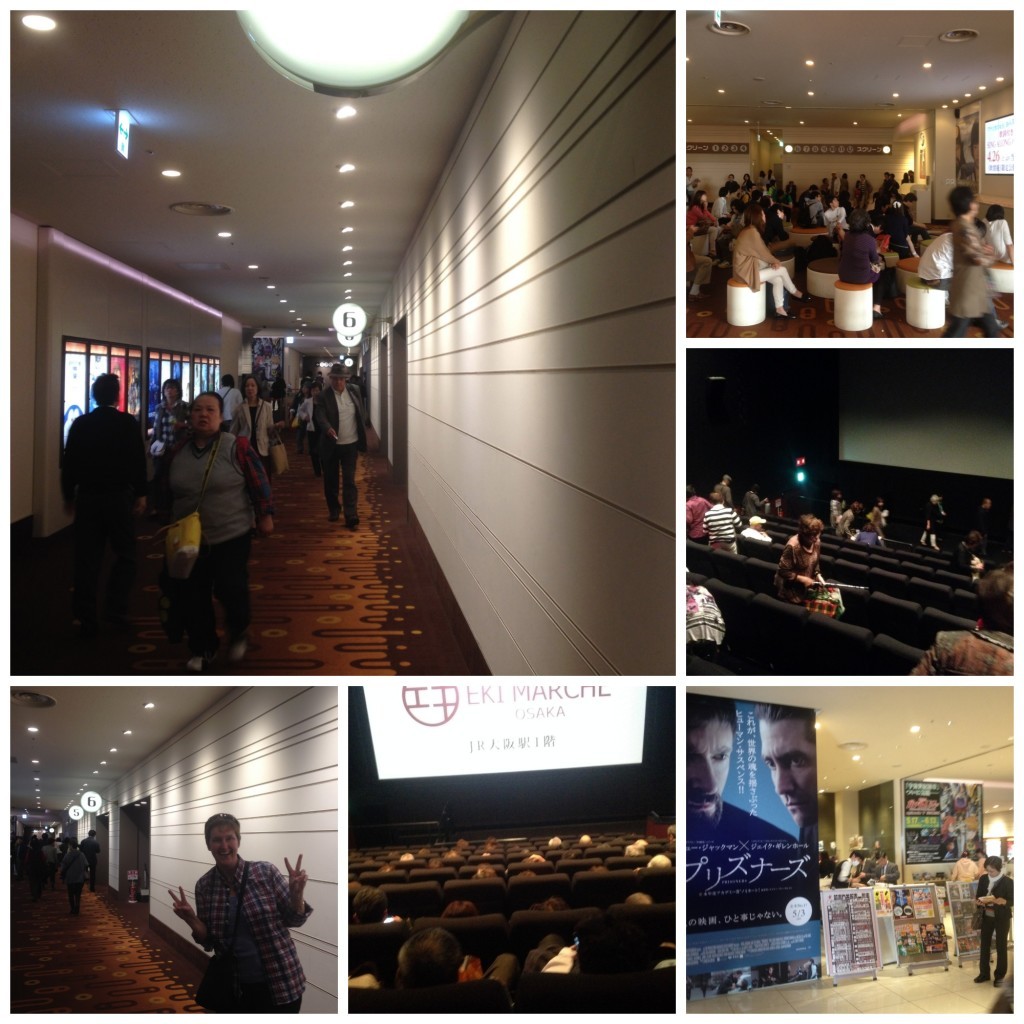 Images from a Japanese cinema

The cinema was packed, not one empty seat available, with the average age of this crowd would be 55+ and it’s a 3pm screening. The movie called August: Osage County stars Julia Roberts, Meryl Streep and Ewan McGregor among the notables it is in English with Japanese subtitles, lucky us, we did check before for English speaking movies. The two ladies were nominated for the oscars in the main and leading roles of the movie.

The movie was great and Roberts is at her best in her role, well worth watching when it comes to your area. Another thing that stood out to me was, at the end of the movie when the credits are being shown, often everybody is getting up and heading out, that was not the case here, the credits are run with the lights still dimmed and nobody moves until finished. Not sure if that happens at all movies here but today it was so.

We then head back to Minami-morimachi subway station and to the hotel to pack up the bags ready for check out in the morning, but not before having dinner.

Tags: August: Osage County, Cinema in Japan, Oscar nominations for Julia Roberts & Meryl Streep, What to expect when going to the cinema in Japan