Today we had to find out how to get from Envigado to Guatape to visit the famous El Peñol where we will stay for a couple of nights. First we took the metro to the north terminal and then the bus to Guatape.

The alarm woke us at 7am and after showering and breakfast we were ready for the 15 minute walk to the metro which would get us to Caribe station, about 12 stops 20 minutes.

Tickets at Envigado for the metro to Caribe station

“Terminal Nord the north terminal is easy to get to”

On reaching Caribe station and exiting it you walk across an overpass to the Terminal Nord (north terminal) for the busses that go to many places.

The walkway to the north terminal at Caribe station

Very easy to find, in fact you can’t miss it, which was the easy part,

“finding the right ticket window could prove more of a challenge”

Walking through the station we were looking for the right ticket counter when a local asked us if he could help, did we really look that lost?

The view from the top of the bus station terminal nord

The gentleman spoke some better English than our Spanish and we told him that we wanted to go to Guatape, he instantly walked us to the right ticket window and helped us get tickets. I think it was around number 25+ (my photo didn’t capture it) the tickets cost 12,000 peso $6.67 AUD.

He then suggested we get some water and he waited before walking with us to where the bus was departing from.

Getting bus tickets for the Sotrasanvicente bus from the Guatape window

“The Sotrasanvicente bus to Guatape from Terminal Nord in Medellin”

There are many busses leaving from here and it can be confusing, but thanks to this gentleman we had no trouble at all getting the Sotrasanvicente bus to Guatape from Terminal Nord.

Moni needed the toilet and the gentleman walked her to the toilet which was back inside the main ticketing area and explained to the security man that she would be back, he wasn’t impressed. The toilet costs 600 peso 0.33 AUD which he gave to Moni as well.

Such a nice gesture taking care of total strangers to his home town. 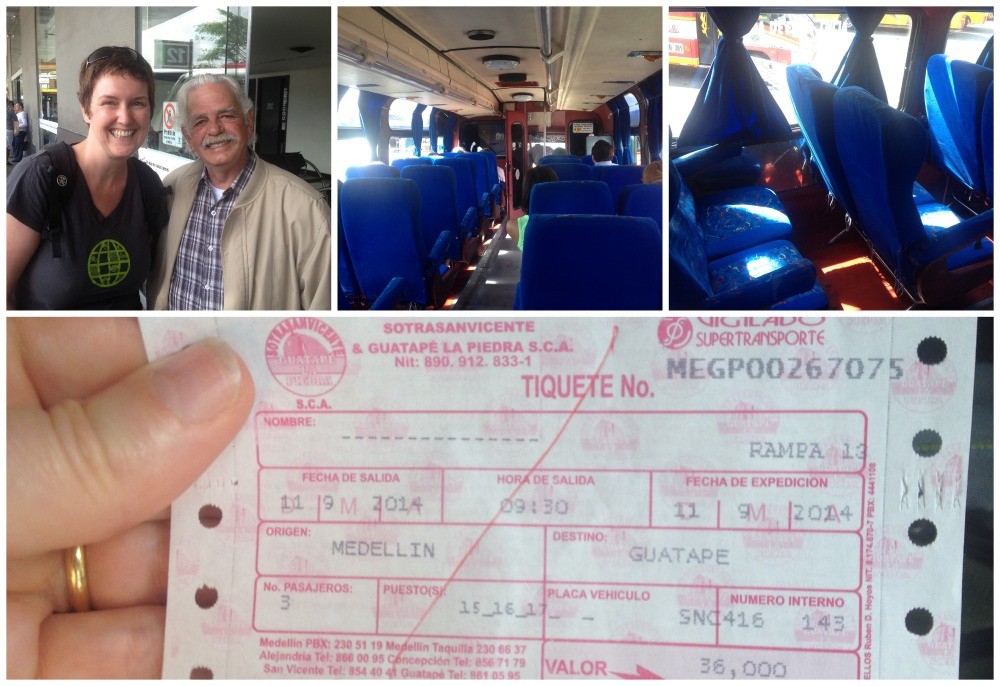 The bus took a while to really get going, and at one stage we were stopped in the middle of the road while a few running repairs were done. Eventually we raced off and thankfully had no more dramas. 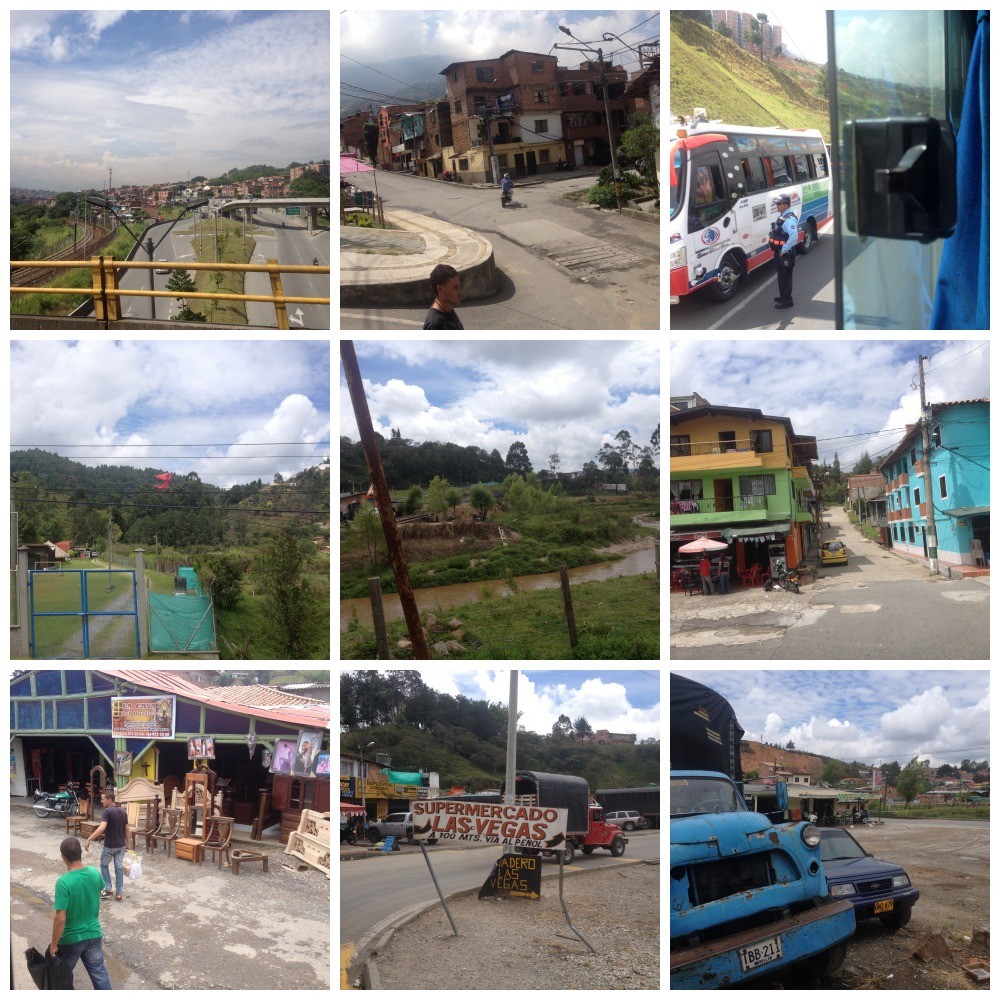 The bus was quite old and well used, with the seats falling apart, but that added to the adventure. A few street vendors came on now and then and sold their goods to willing buyers. 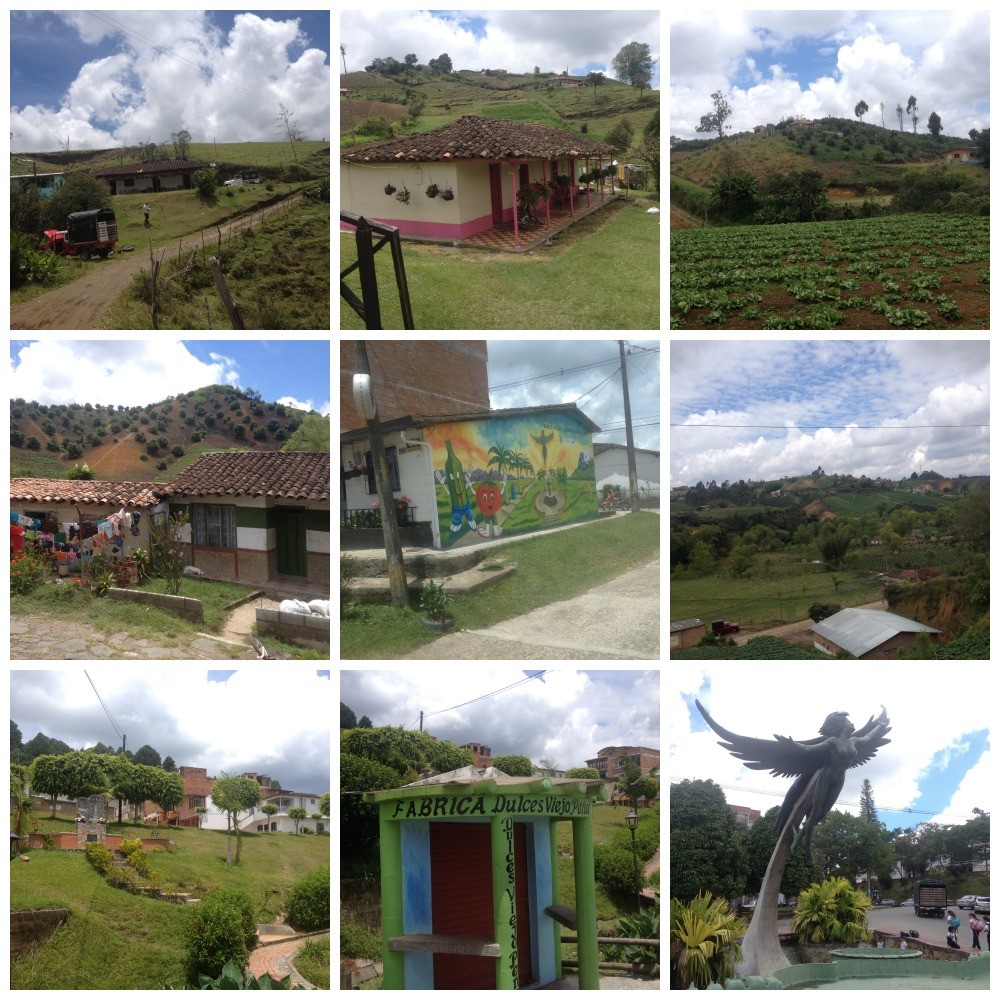 Images from the bus drive to Guatape

The two hour journey was good and we saw some nice views from the bus, and eventually we could see the ‘Rock’ El Peñol from Guatape. 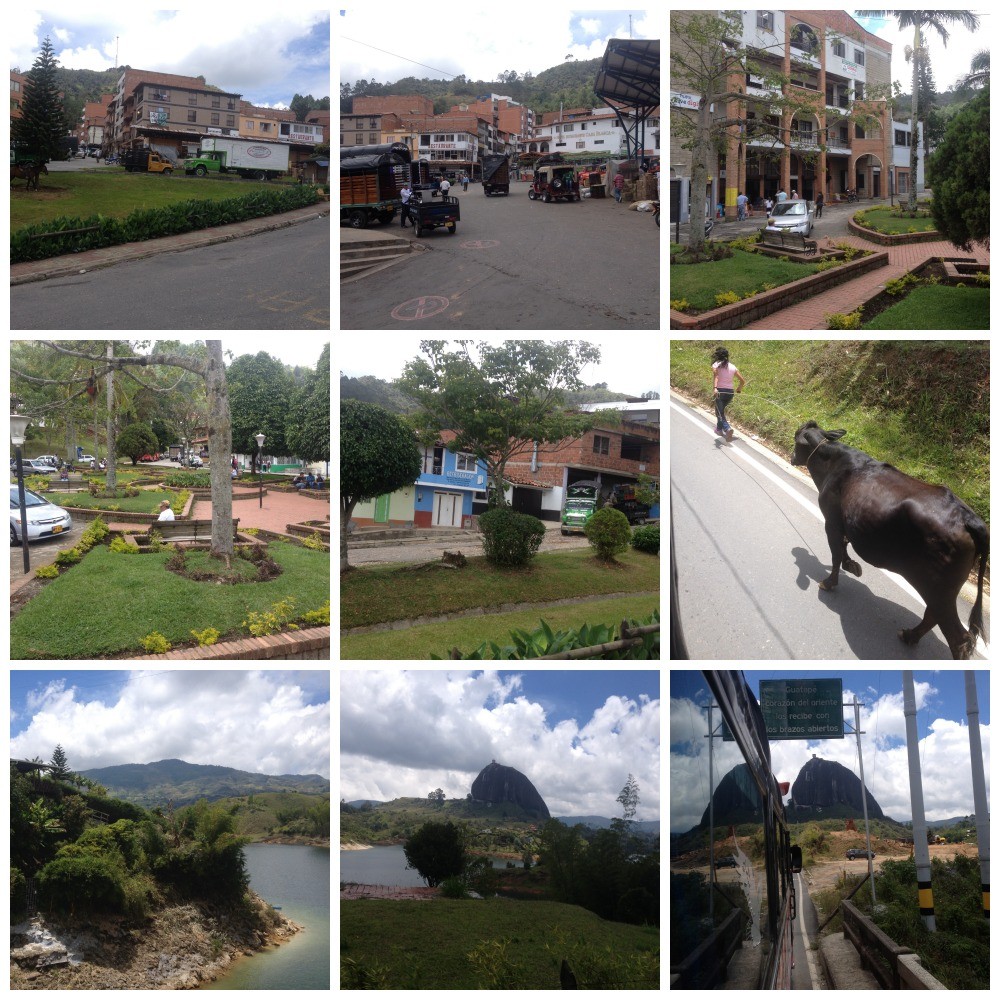 “Arriving in Guatape a couple of hours later”

Soon after, we arrived at the end stop which is just off the town square. We only had to walk a few hundred metres to the hostel where we are staying in Guatape. The room was not ready for us, but we could leave our bags there. 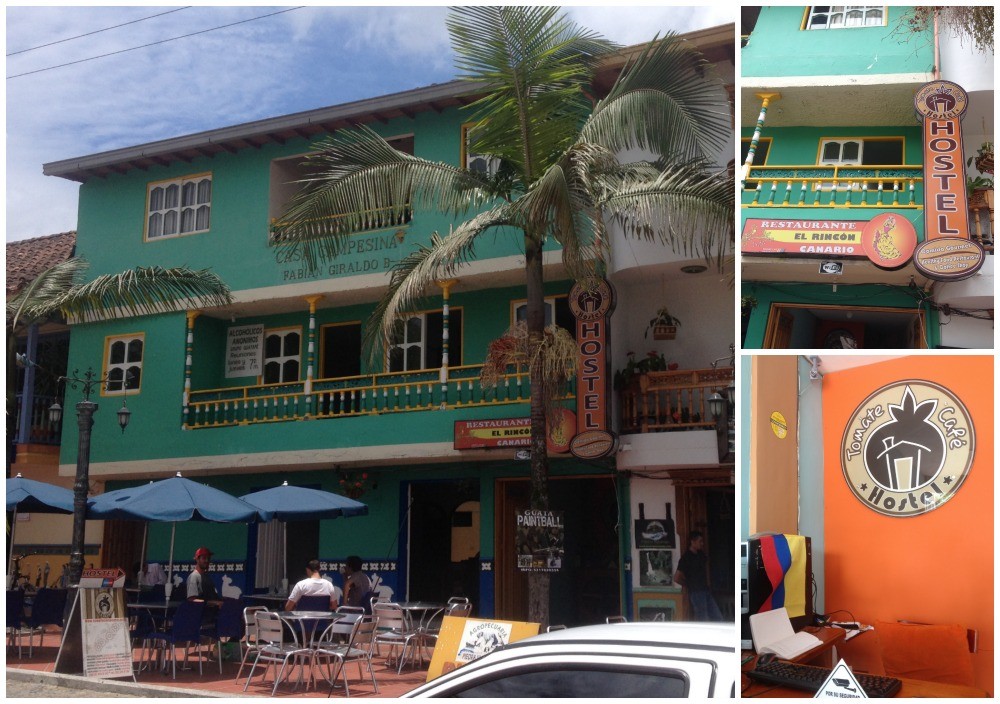 The weather was pretty good and so we decided to visit El Peñol and climb the monolith Piedra Del Peñol. The rock is also called Penon de Guatape or more commonly El Peñol as it is in the town of El Peñol.

“The painters from Guatape were stopped at the second letter”

That brings me to the reason why there is a big letter G and what looks the beginning of another letter painted on the side of the rock. Apparently, (from reading up on it) the people of Guatape wanted to name the rock GUATAPE and started to paint the letters on the side. 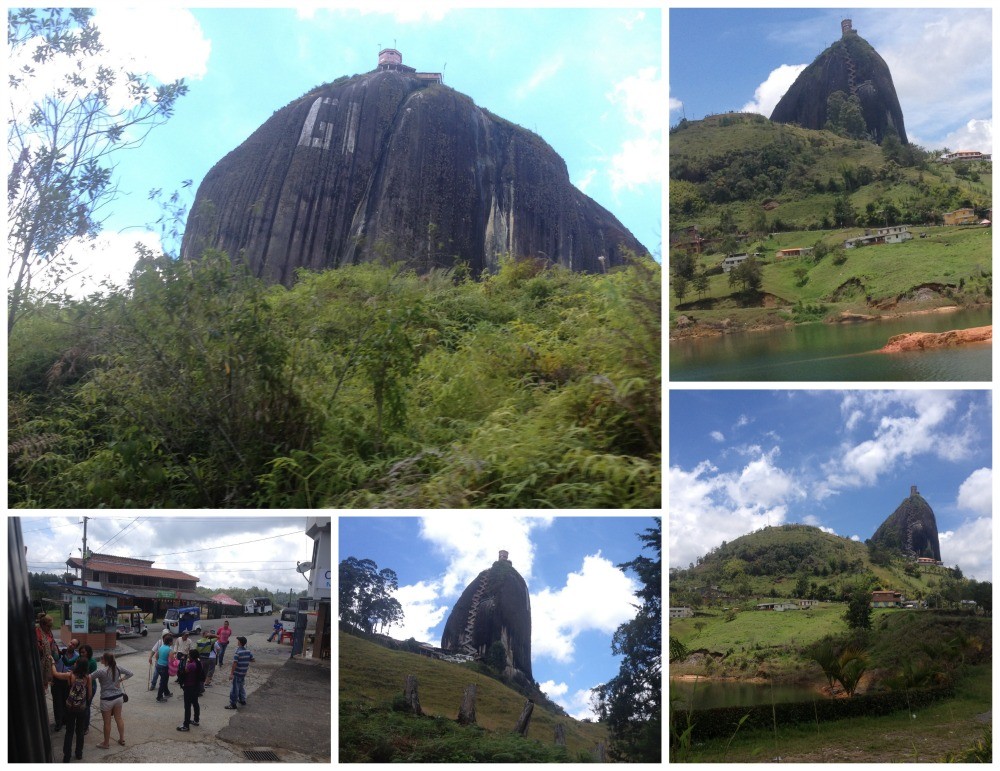 Word soon got around and the locals of El Peñol were not having it, especially as the rock is in the town area of El Peñol, and quickly put an end to the painters from Guatape. I’m not sure how they did that, but you could let your imagination flow.

The Sotrasanvicente bus actually stops at the base of the road that goes up to where the rock is and you can got off there, we didn’t as we wanted to leave our bags at the hostel and carry very little on the climb up El Penol.