Catching the water taxi from Shiraishi Island to Manabe Island is the only way to get there. The journey is about 35 minutes at high speed across the water before arriving at the jetty where you get off.

The water taxi operates the service from the main land to various neigbouring islands, we get on at Shiraishi Island. 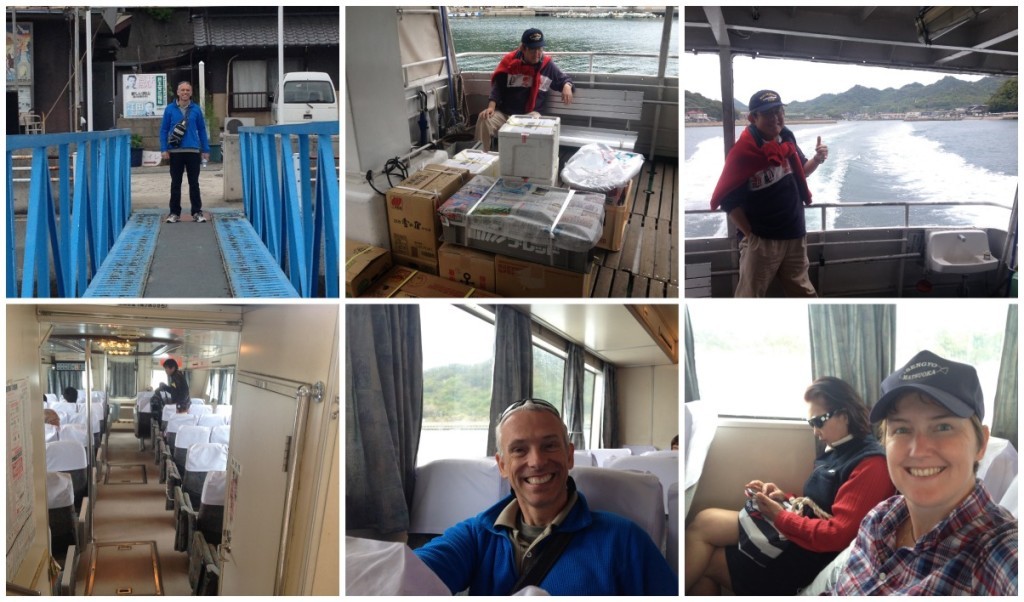 And speed across the water until arriving at Manabe Island.

Views to the left and right of the restaurant

A large wooden table is ready for us and the kitchen is in full view, there are a few other tables but not many.

Toshi orders the food which basically is what ever is available. The first of the delecacies arrives at the table… Live shrimps in bowls of water which you pick out, peel and then eat!!! Yikes. Watch the video…

Bowls of live shrimp which you pick out, peel and eat

There was also live octopus but we didn’t try that. Apparently a friend had and a sucker from the octopus got lodged on his insides and he had to go to hospital, so no thank you. 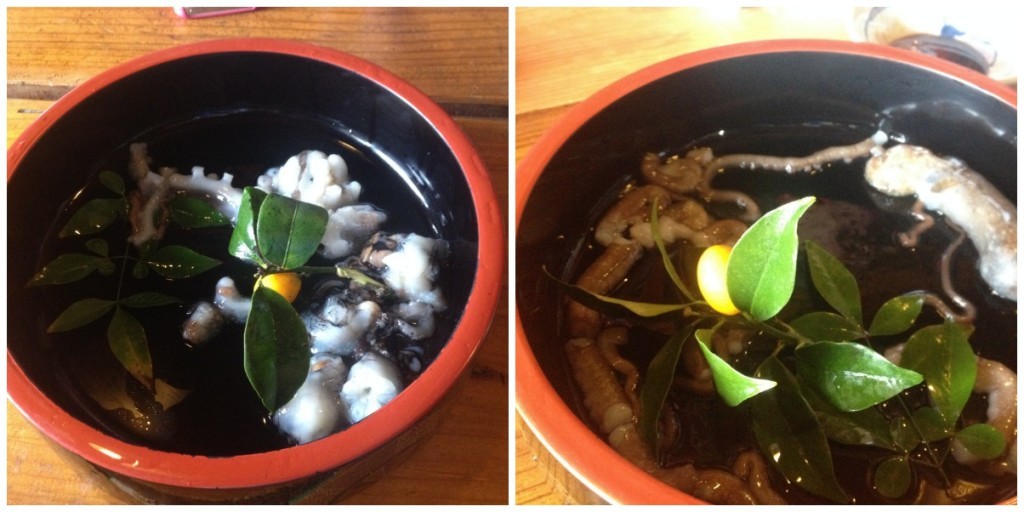 Live octopus crawling in the dishes

A selection of raw and cooked fish was served, some of the shrimps were lightly batterd which were crunchy, eyes and all… 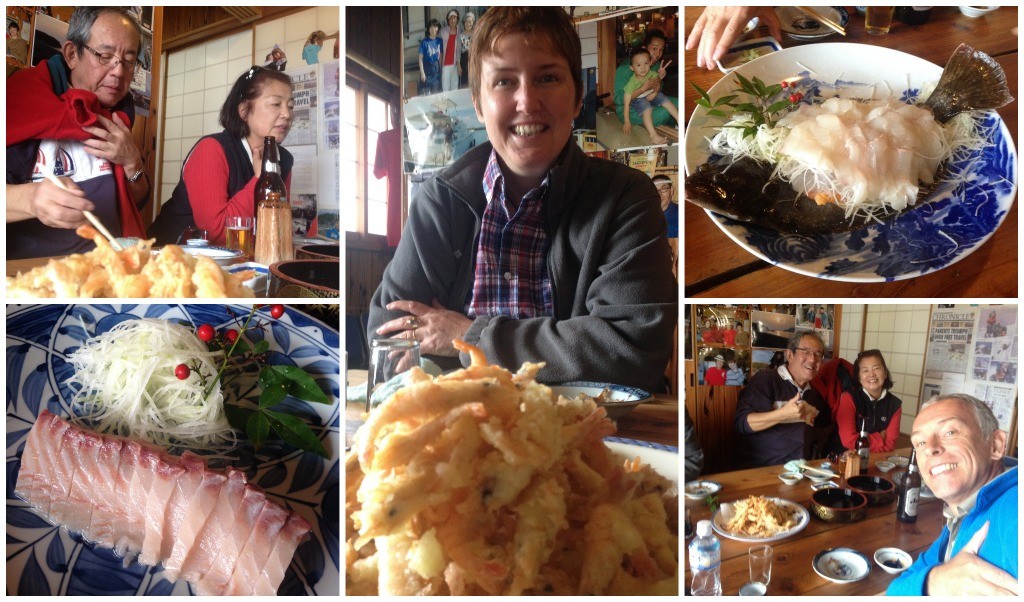 The rest of the shrimps are then cooked up for us, but a whole raw Flounder as sashimi and a rare Spanish Mackerel arrives

Even the live octopus that was crawling infront of us was now cooked, we ate what we could and Captain managed to help us out, he loved it. 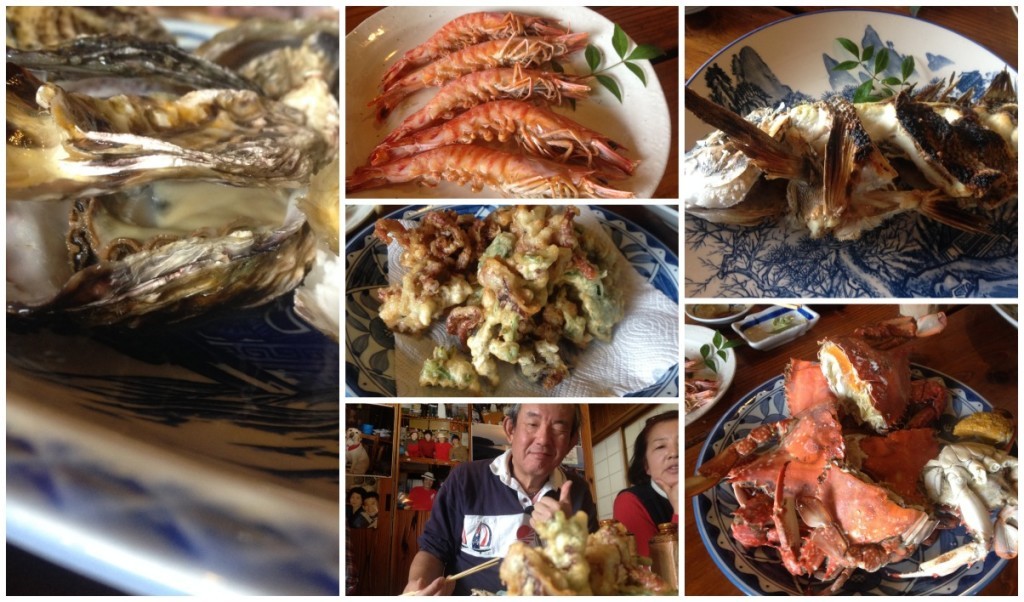 The octopus makes a return but this time batterd along with crab, whole baked fish and oysters with the odd prawn

And that was not all, we finished with bowls of fish soup, even though it tasted yummy I have a problem with fish bones in my mouth, anyway it was all washed down with a few beers and Saki. 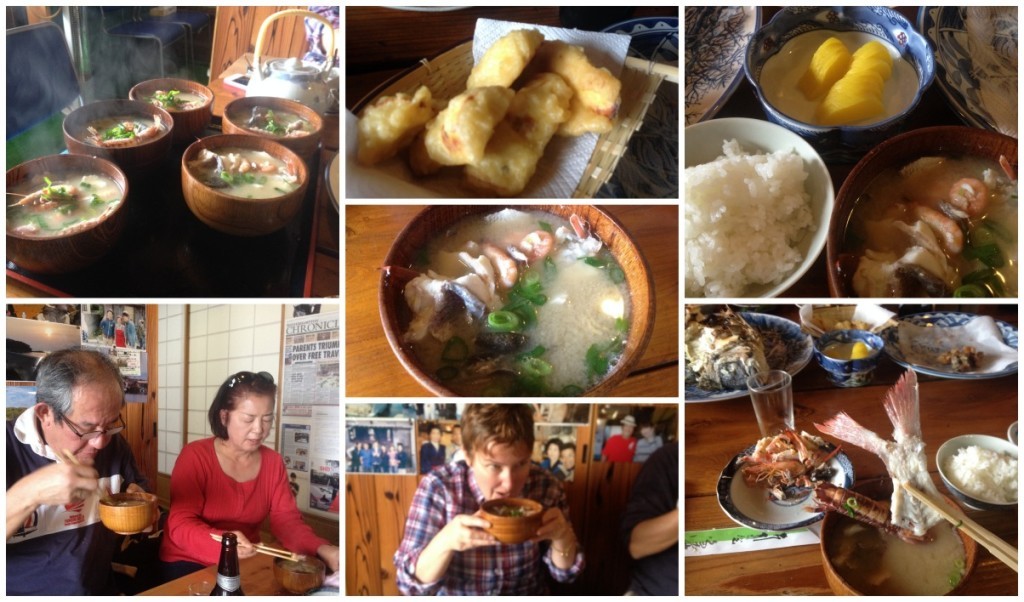 At the end of the meal I took a look at the chef preparing some of the octopus, he was very fast and basically removes the insides and then just chops it up!!

Captain was so full he had to lay down on the street. It was an eye opener seeing the live Octopus chopped up and crawling ready to eat raw. The Japanese certainly have some bizare foods and ways of serving them. 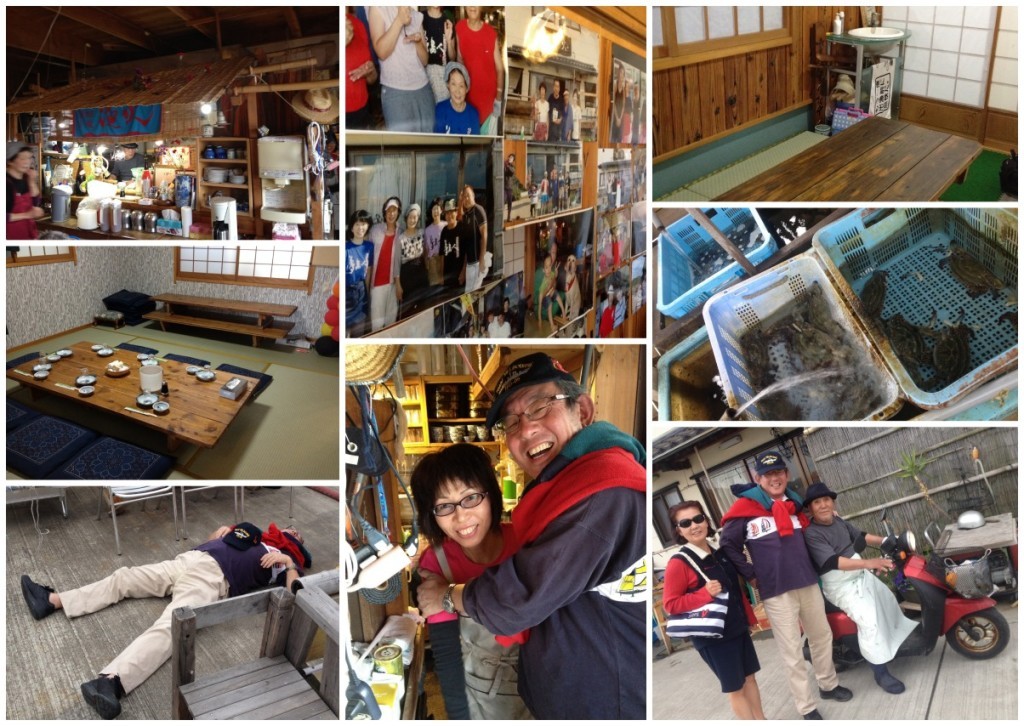 Captain had eaten far too much and needed to lay down in the street before saying goodbye, the owner/chef on his bike

Fortunate for us, Sanji the owner of San-chan’s place was there with his boat to take us back which saved us from waiting for the water taxi.

The ride back to Shiraishi Island

Back at the jetty and onboard Big Elle where in a few hours we are cooking dinner, a classic Swiss dish tonight. Shiraishi Island or Shiraishi-jima in Japanese