The cruise ship Diamond Princess is heading to Kobe, Japan today and will be close to Osaka later in the afternoon. Big Elle, the 55 foot cruising yacht will try and meet up with Diamond Princess as she closes in on her arrival into Kobe later on. It all depends on good timing and weather conditions as to the success of this meeting.

This morning we are up at 6am after sleeping well in sleeping bags in single bunks onboard the yacht.

Yumi has made breakfast for us before she has to leave and go back to Osaka where we will meet her tonight. Yumi has prepared, salad with ham and omelette, very yummy and we enjoy it with a few laughs about last night. Before long it’s time for Yumi to go and we await the arrival of Guchi who will be joining us for the sail to Osaka. 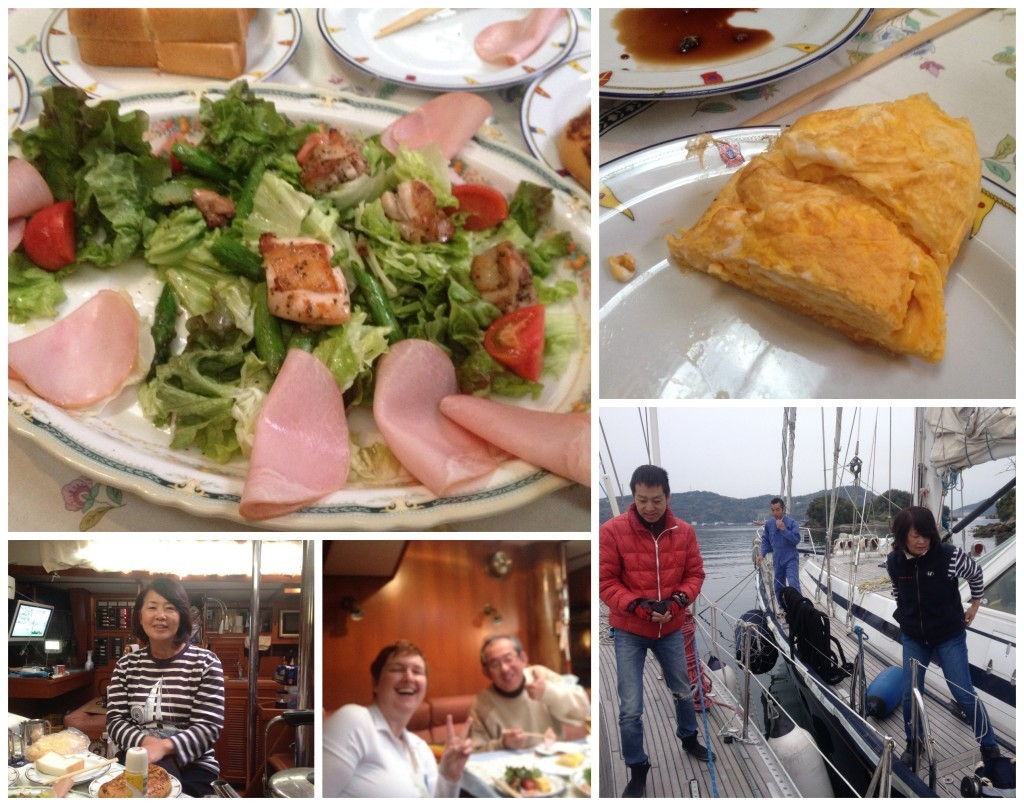 Our destination is Osaka where Big Elle we stay until we all meet again to sail during Golden Week. During the transit we hope to meet up with the cruise ship Diamond Princess which a friend of Toshi is on. Around midday if the timing is right we should be able to see her.

Leaving the calm waters of Wakayama

As we get underway the Captain decides to tie the Rising Sun Flag form Japan to the rear of the yacht. The flag was the war flag of the Japanese Imperial Army back in the 1870 -1945 and is considered by some people and countries like Korea and China as offensive. 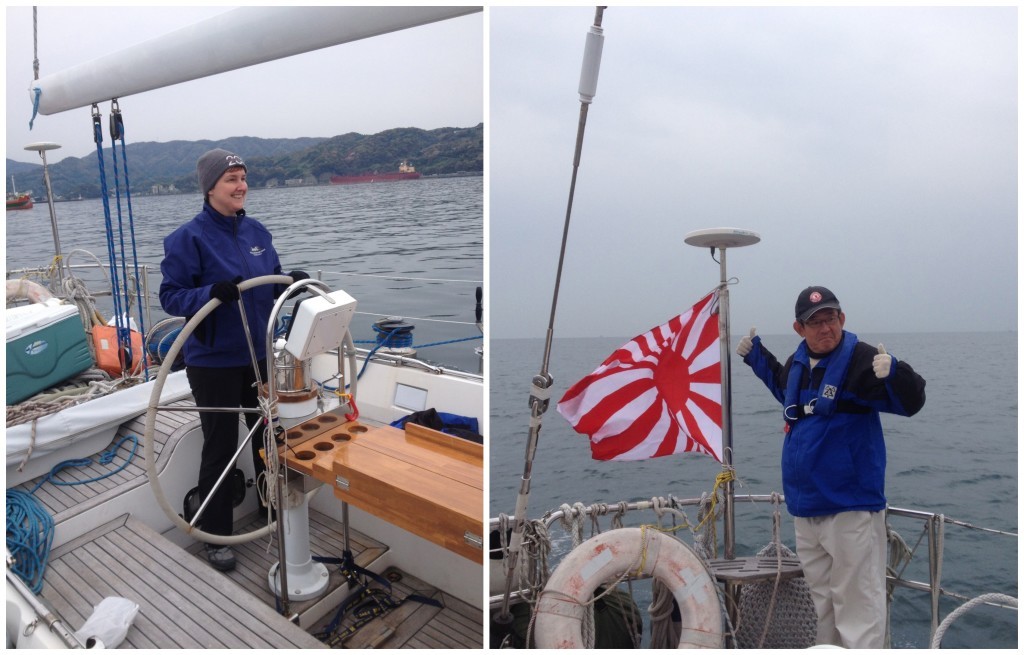 “Diamond Princess from a distance”

In the distance we spot a large vessel through the binoculars which we believe to be the Diamond Princess and gradually she makes her way closer to us it is confirmed.

Diamond Princess from a distance

It takes about an hour before the huge cruise ship aligns with us even though she is going much faster.

Diamond Princess getting closer by the minute now

We can see Toshi’s friend waving to us and within a few minutes the cruise ship has left us in her wake and powers on towards Osaka. We will meet up with them this evening at a restaurant in town.

Diamond Princess in all her glory steaming by

As you can see from those photos we got probably as close as we could without putting ourselves in any danger, it was all very exciting especially to experience the growth of this huge cruise ship appearing through the lens out on the open water as opposed to watching from the port.

“Unfortunately that spells the end for our trip”

Captain has been feeling some resistance from the engine and after some investigating in the engine room he has made the decision to turn around and head back to Wakayama for repairs. Apparently the men in Wakayama know the yacht well and can have the repairs done in time for the Golden Week sailing. 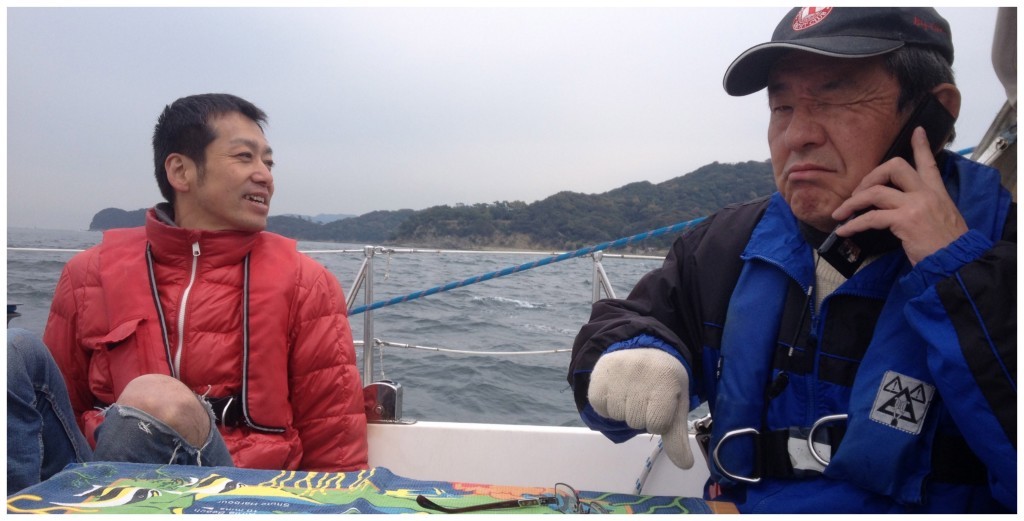 Tom has a smile even though we have engine trouble, bad news and we must return to Wakayama

According to Tom the captain is forever changing his plans and nothing ever stays as he originally planed, so it is not a surprise to him that things change during the course of any trip. The captain makes a few phone calls back to Wakayama to arrange for the repairs to start as soon as possible and we make our way back at a steady pace without putting to much stress on the engine.

At this stage we are all hungry, so out with the flat top and Guchi & Captain cook a lunch of cabbage, noodles, seasoning and pork served with another of Captains favourites pre-packed spicy wombok cabbage. 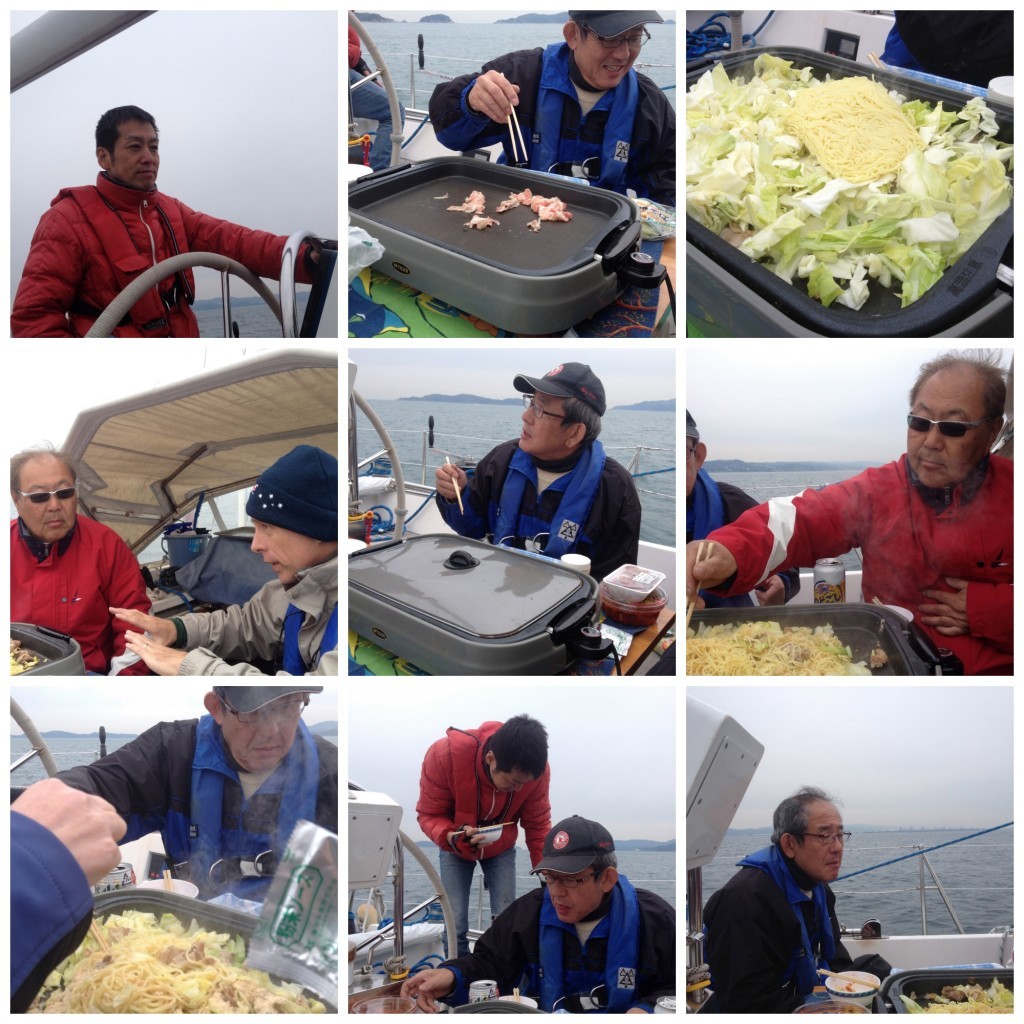 At Wakayama after securing Big Elle, we carry all our stuff back off the yacht before catching taxis to the JR station then train back to Osaka. 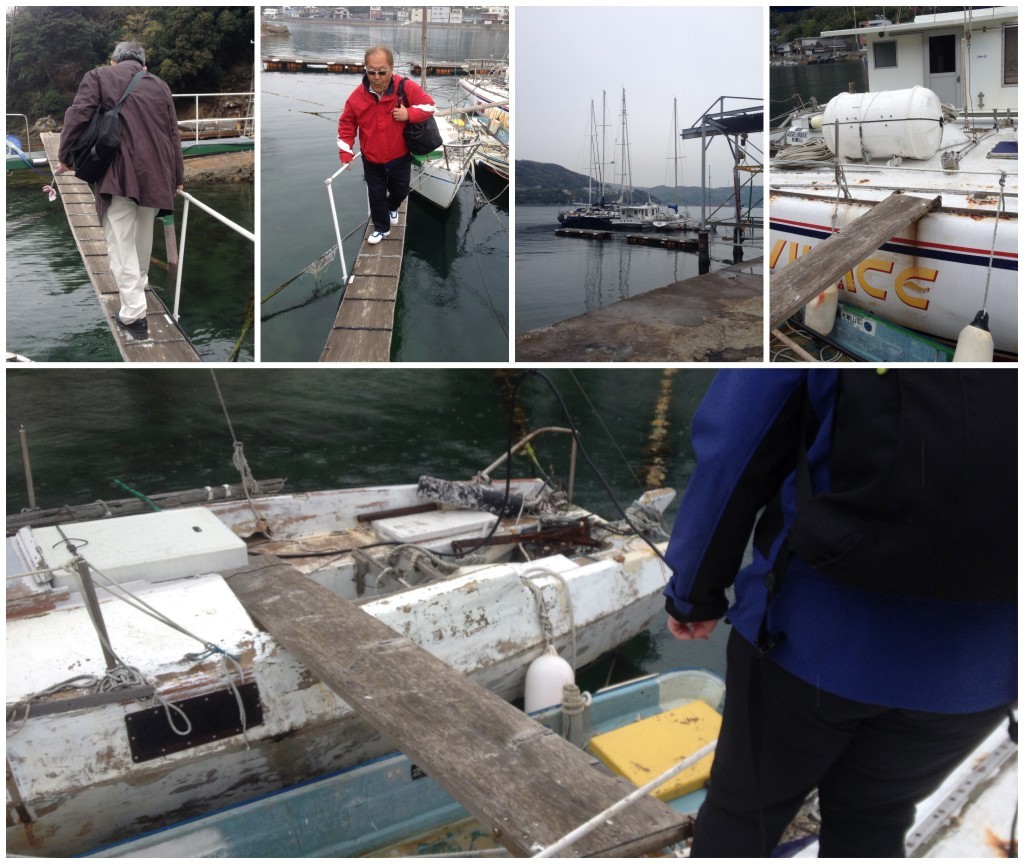 Getting off the yacht via the wooden planks

I guess from being tired or slightly deflated on not making it to Osaka, but for Moni & I it was just awesome. 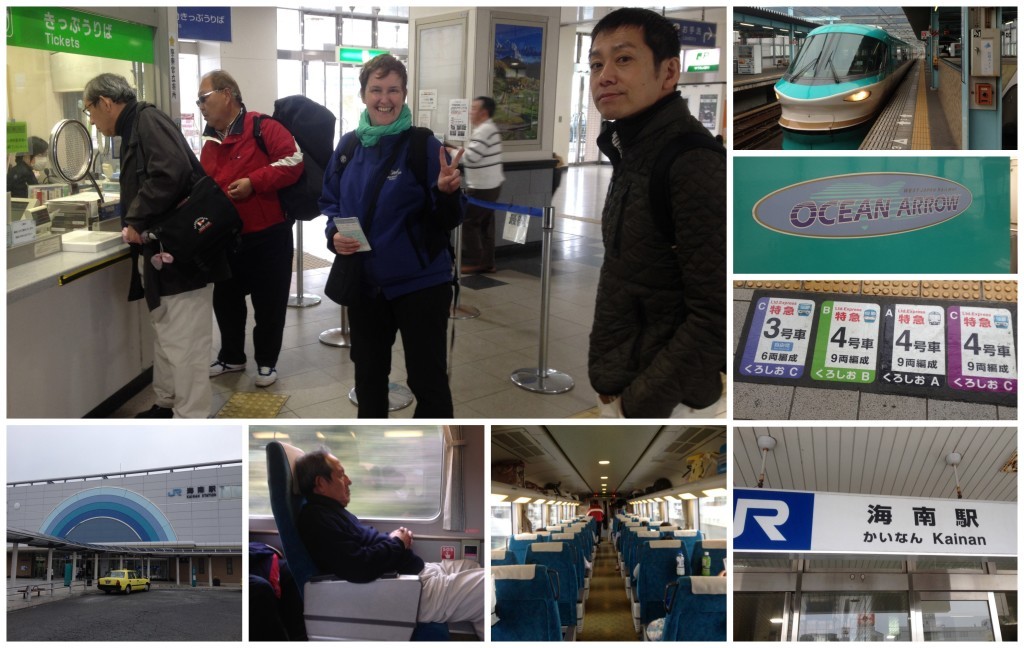 Images from the train from JR Kainan to Osaka

The evenings events still go ahead as planned and at a restaurant Toshi’s friend from the Diamond Princess joins us for dinner and party. From here we head to a wine bar for more drinks before it’s time for the cruise ship guests to return to the ship and continue the voyage. After saying goodnight we make our way back to sembayashi-omiya