Bern’s official title is Bundesstadt, or Federal City, rather than Hauptstadt, or capital city.

Switzerland technically has no capital but since 1848 Bern has been the seat of the Federal Parliament and government so is the de facto capital. 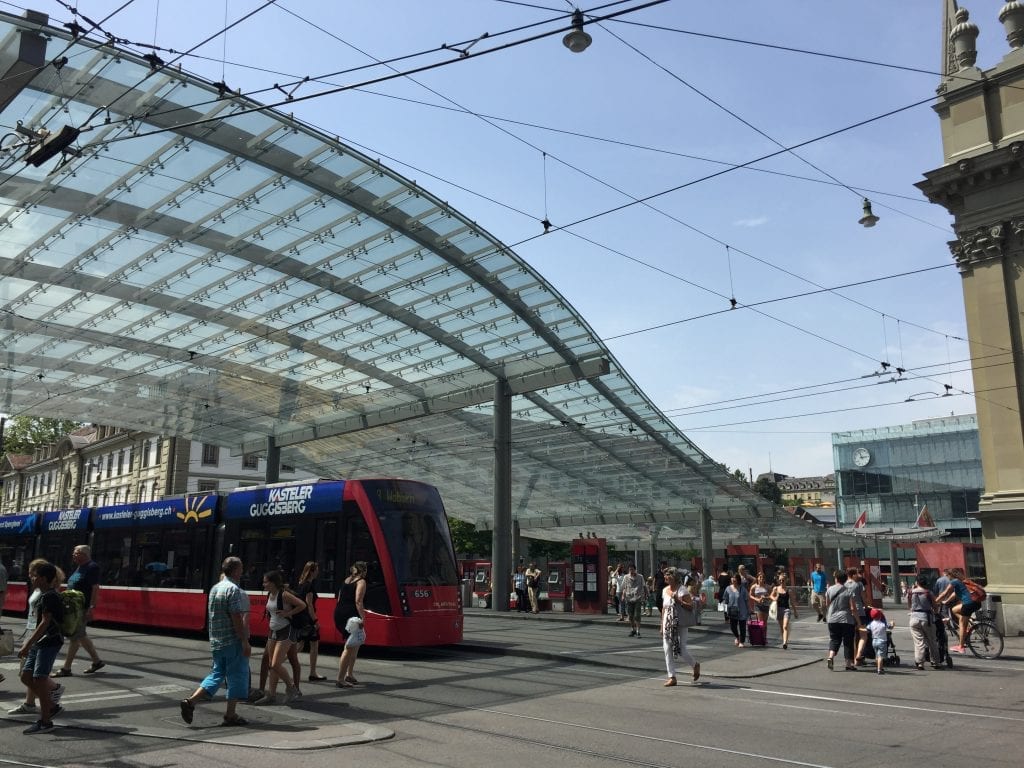 Next door to this station is the Church of the Holy Ghost. 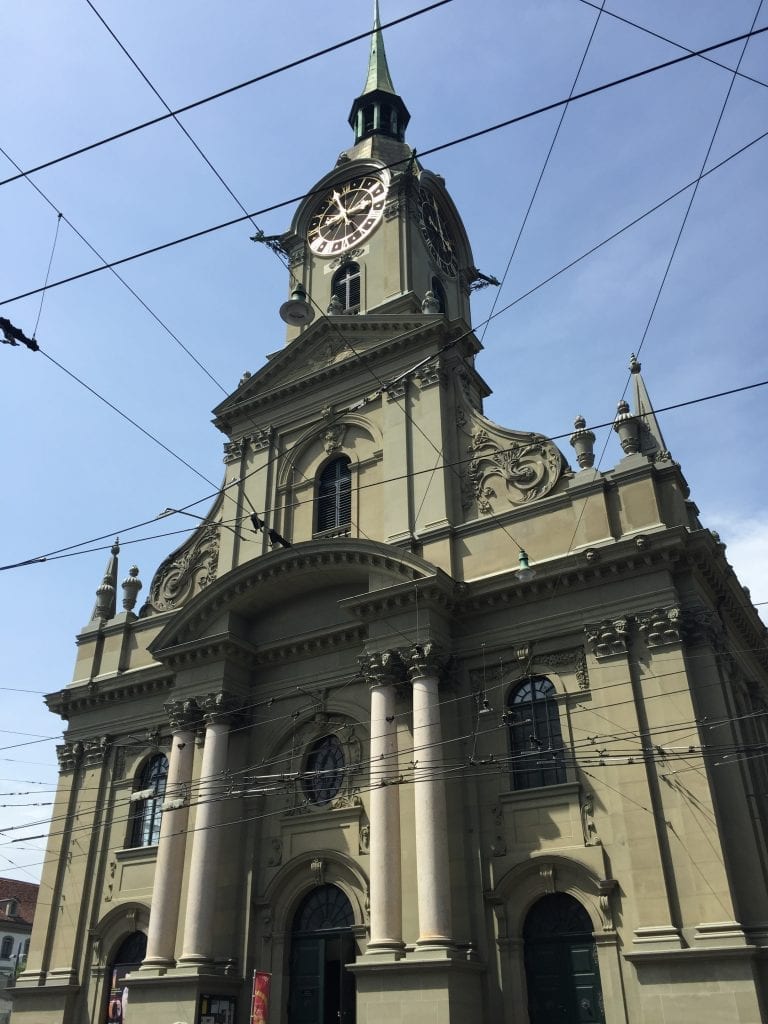 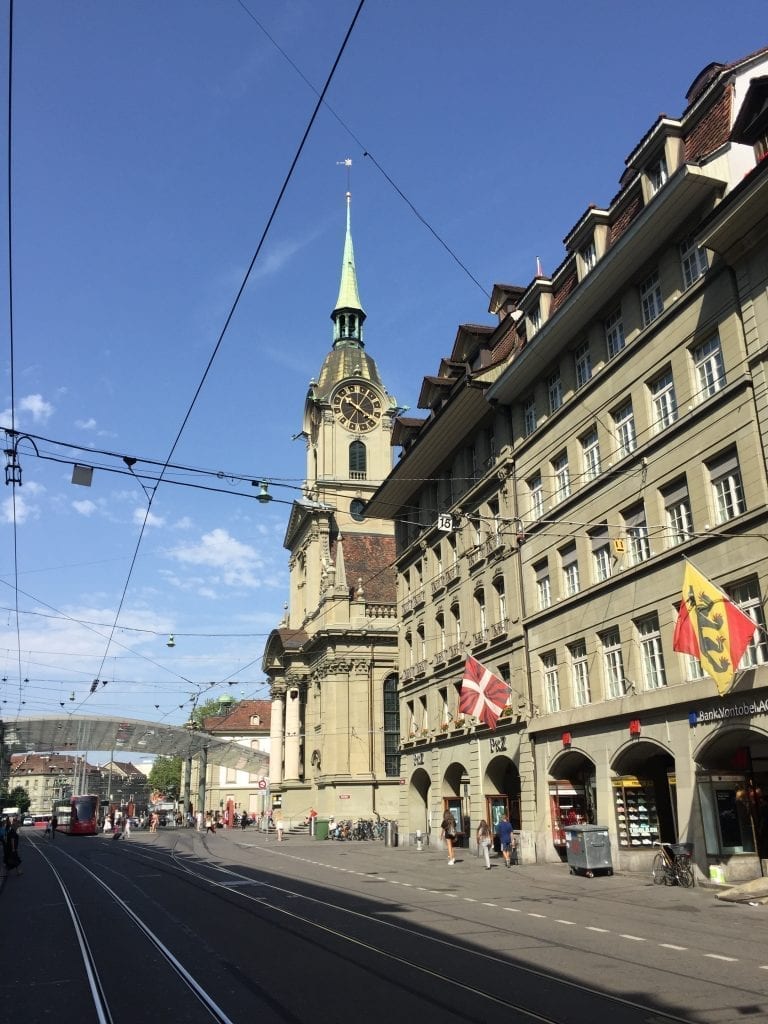 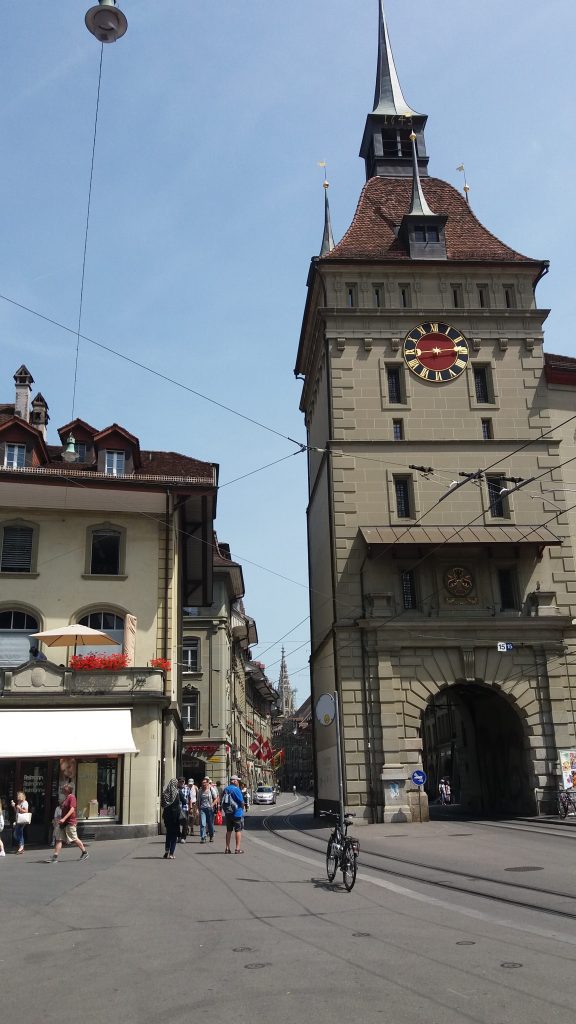 And from the other side. 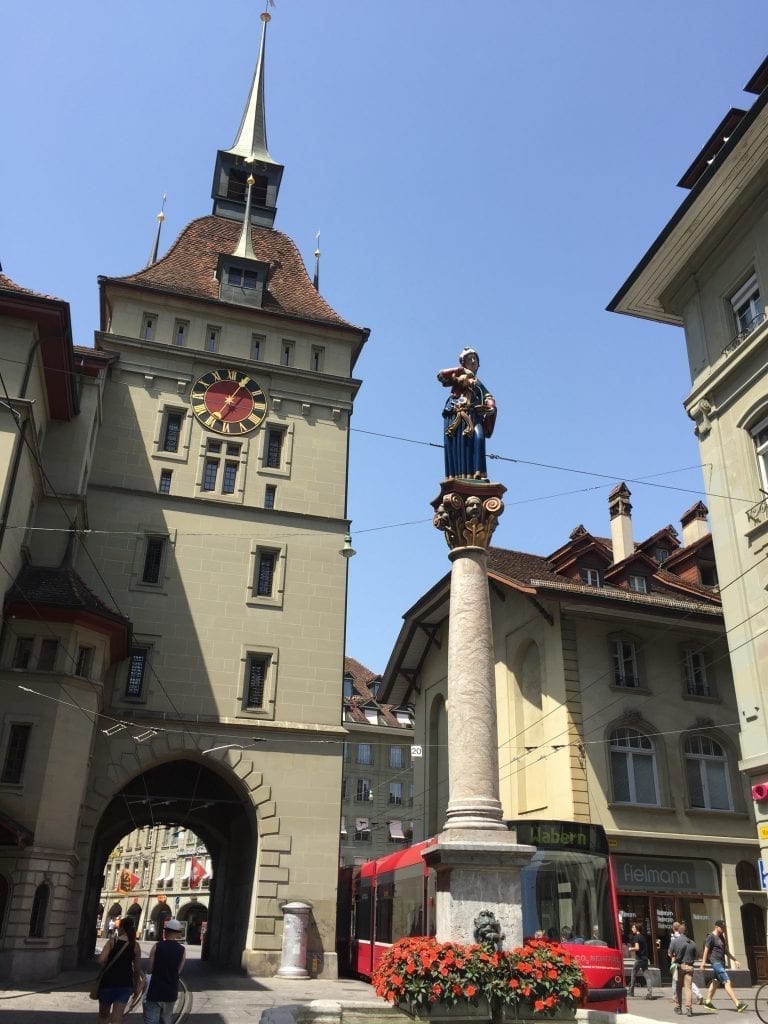 The below photo is from further down in the town looking back up to the Käfigturm. 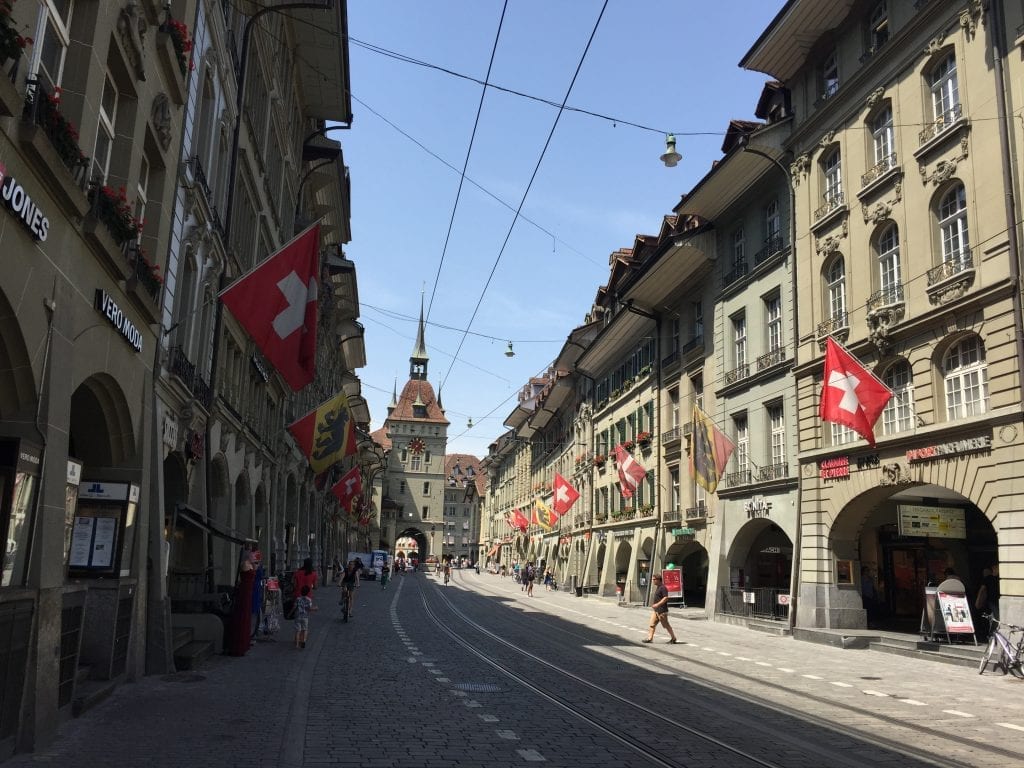 Bern city with the Coat of Arms & Swiss flags flying 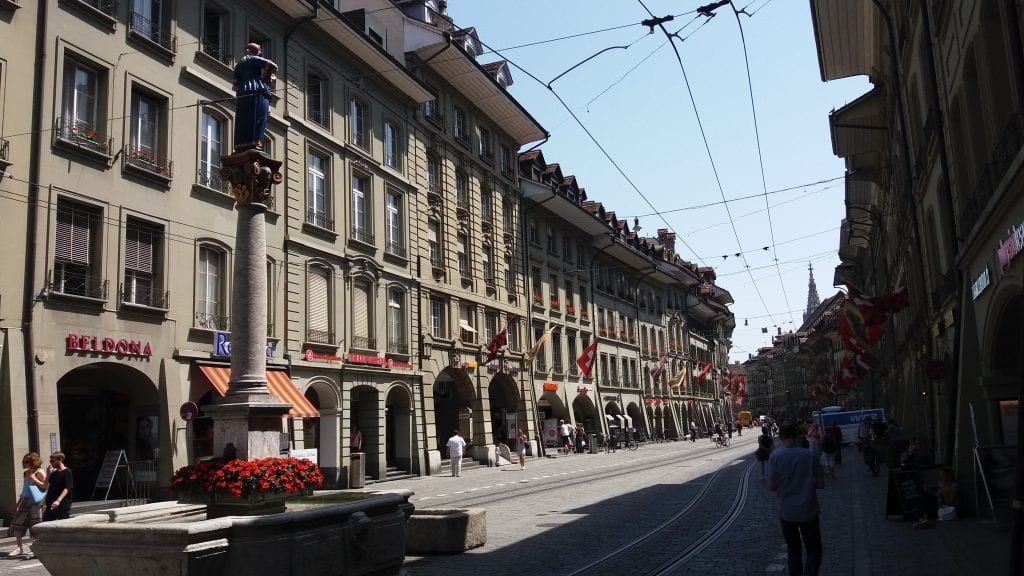 Looking at the other direction 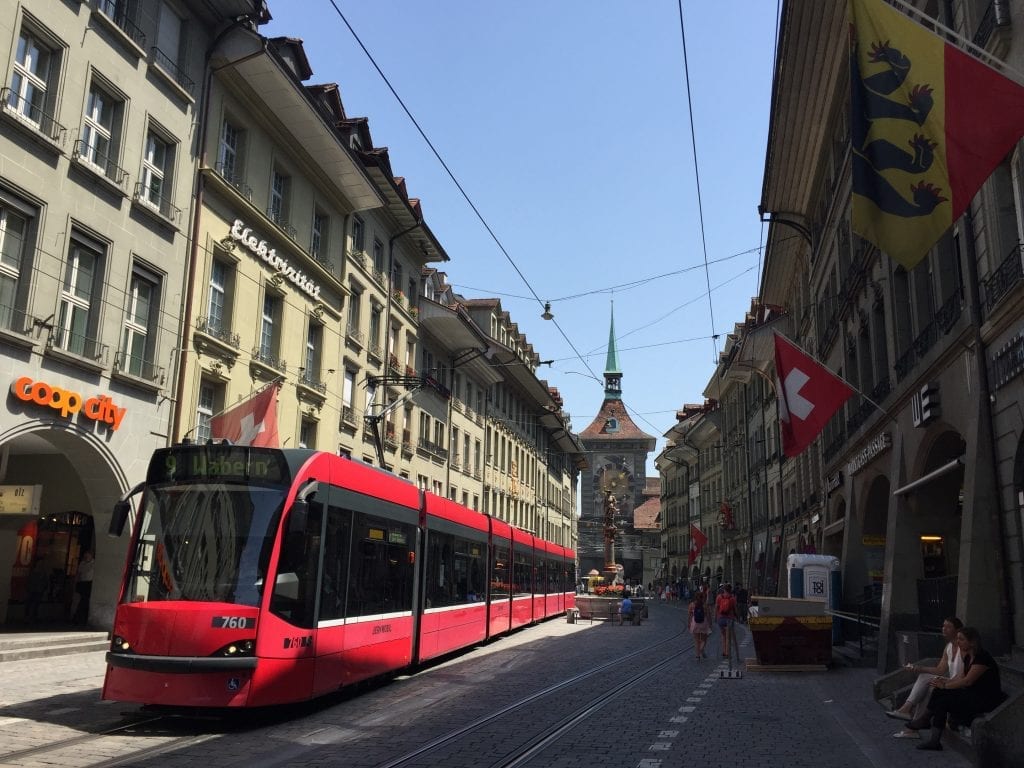 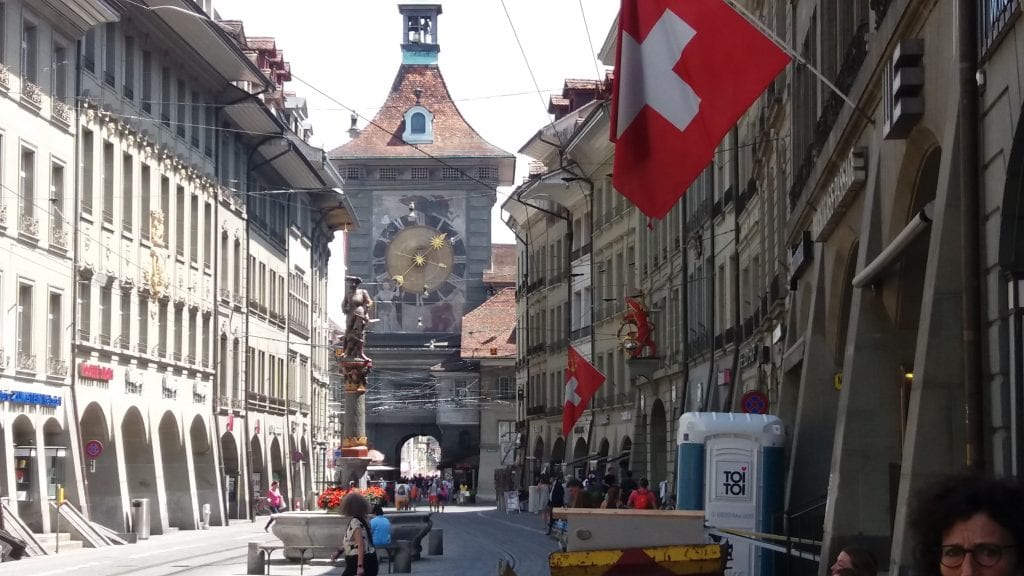 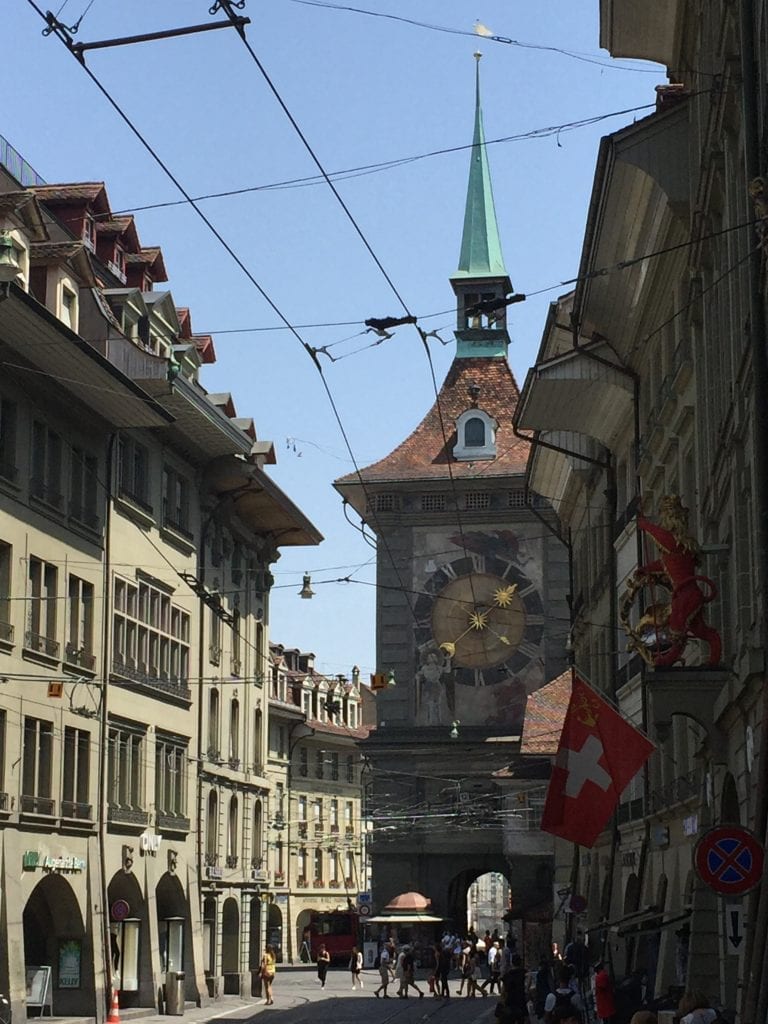 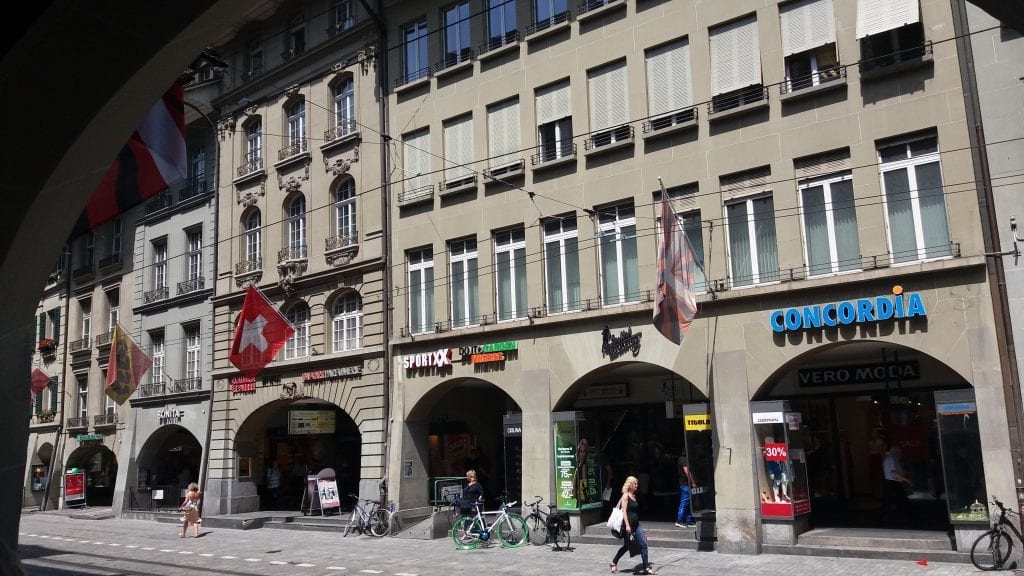 Perfectly protected in rain or on a super hot day. One of the best shopping streets in Switzerland. 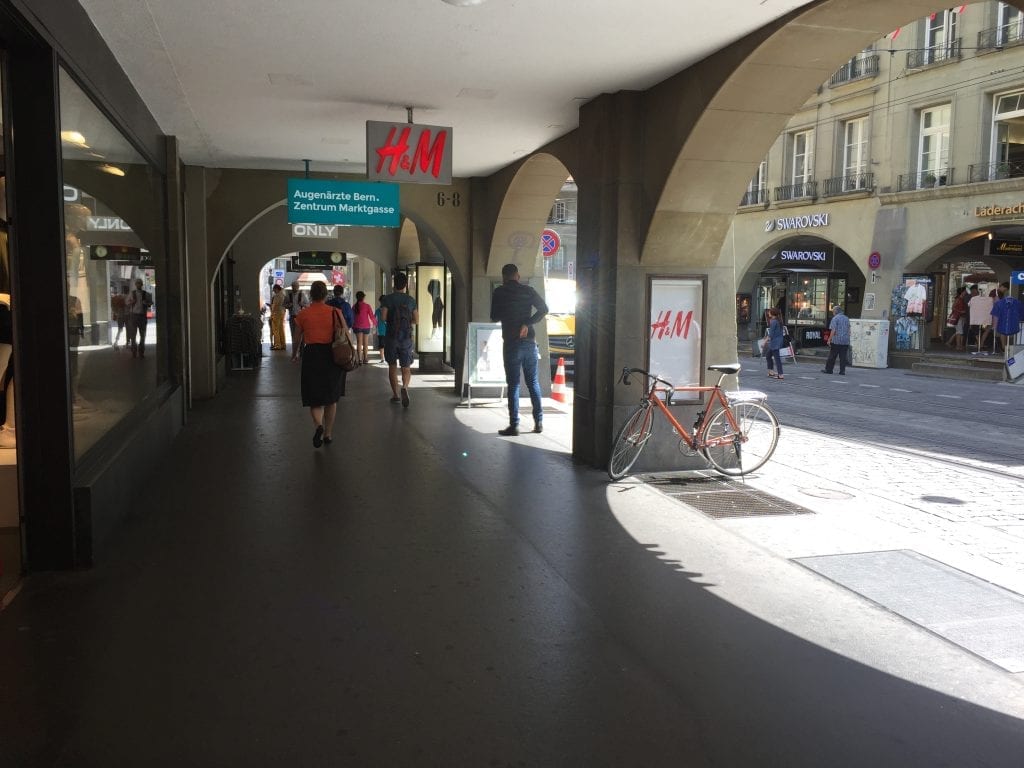 During the time of our visit to Bern, the city was home to many colourful Saint Bernard dog statues. The BernARTiner exhibition was on from July 1st to September 30th 2017 and featured more than 100 artworks each individually decorated by different artists. 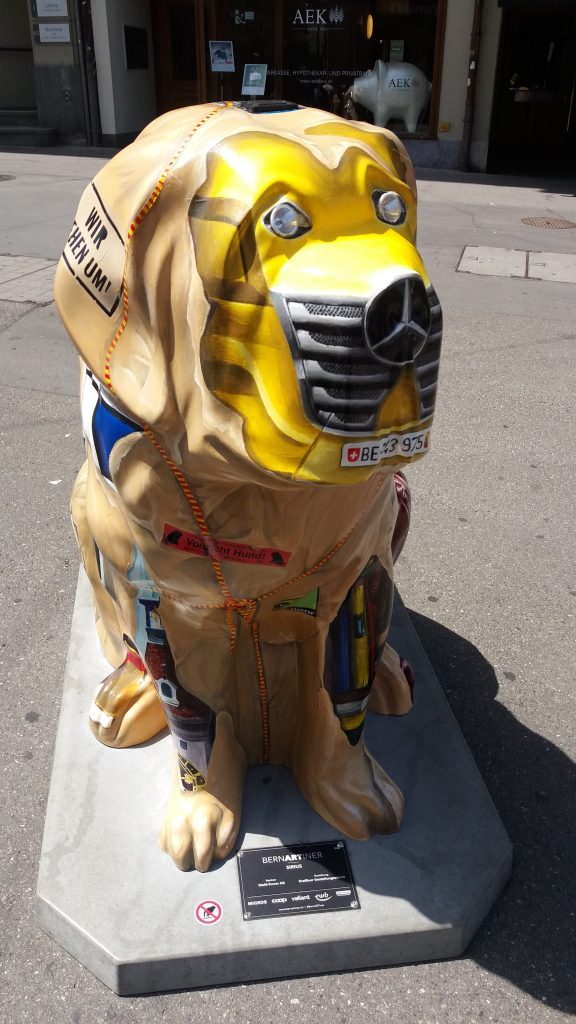 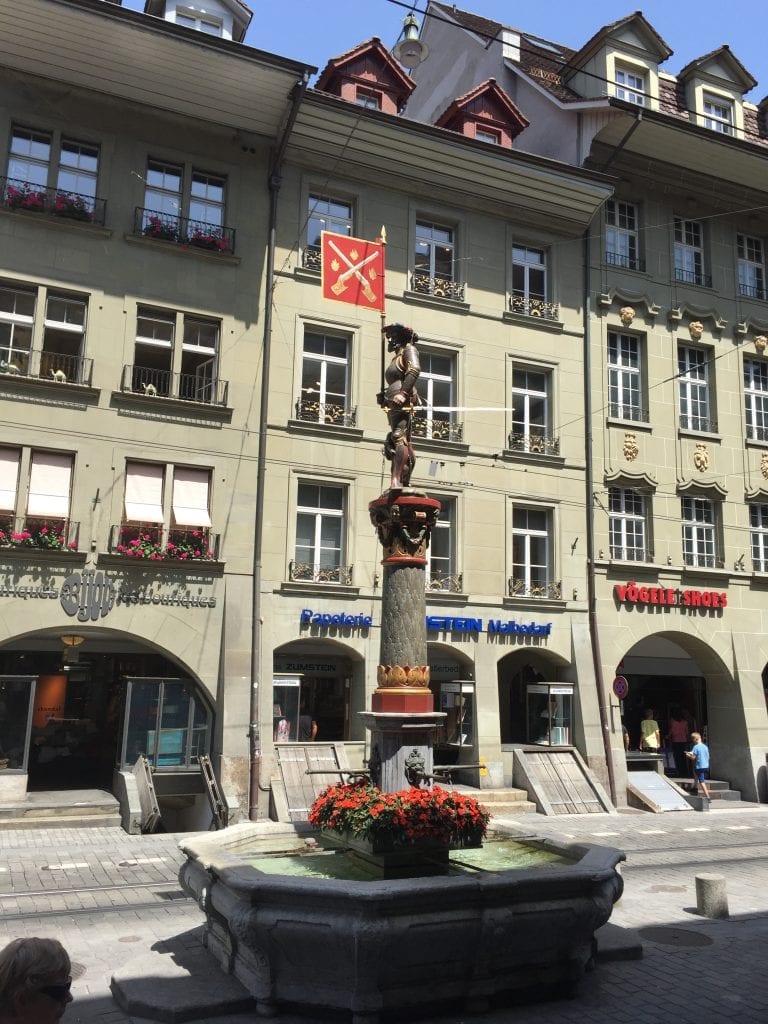 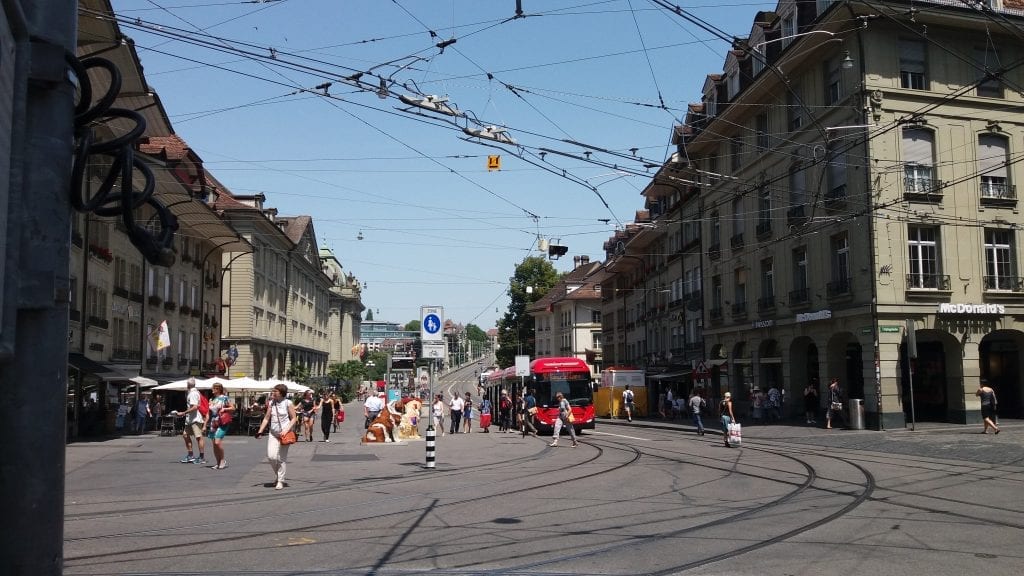 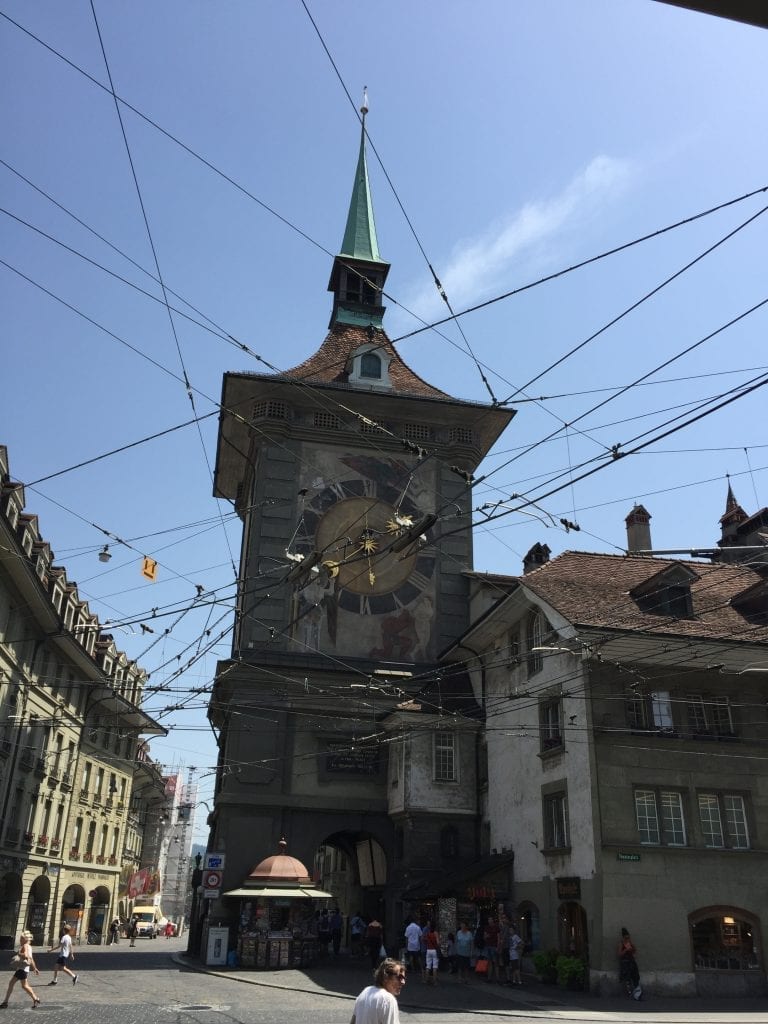 The square (Barenplatz) with the Käfigturm and the Parliment building behind 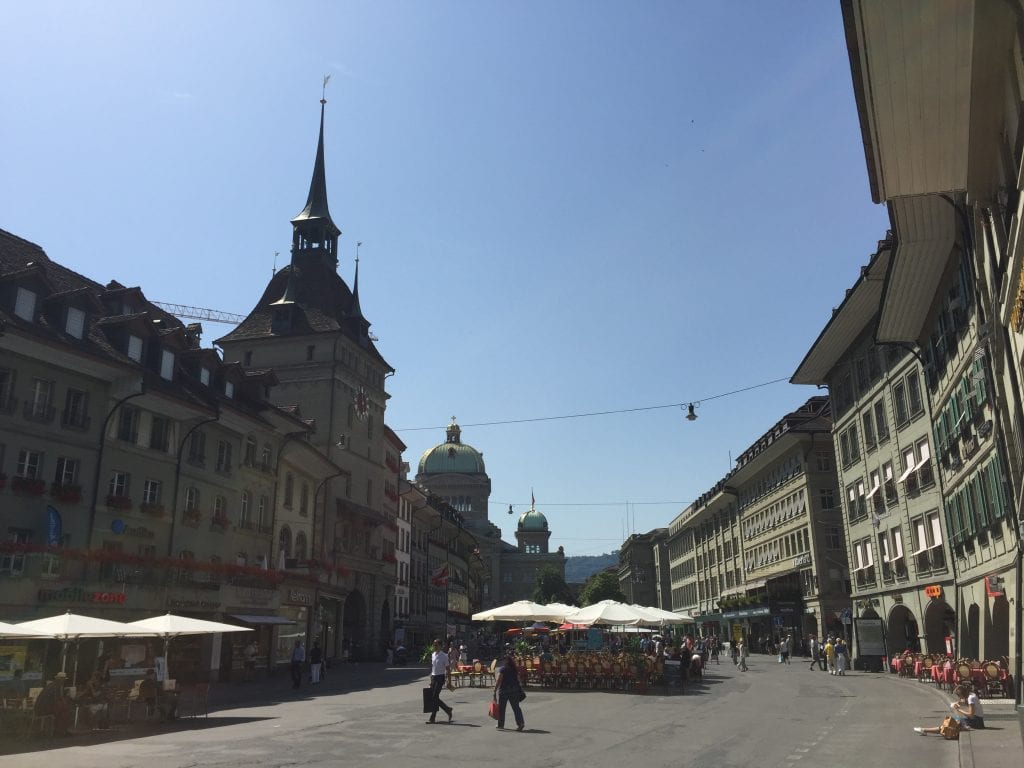 Below is a view you can see when entering Bern by train depending on direction. 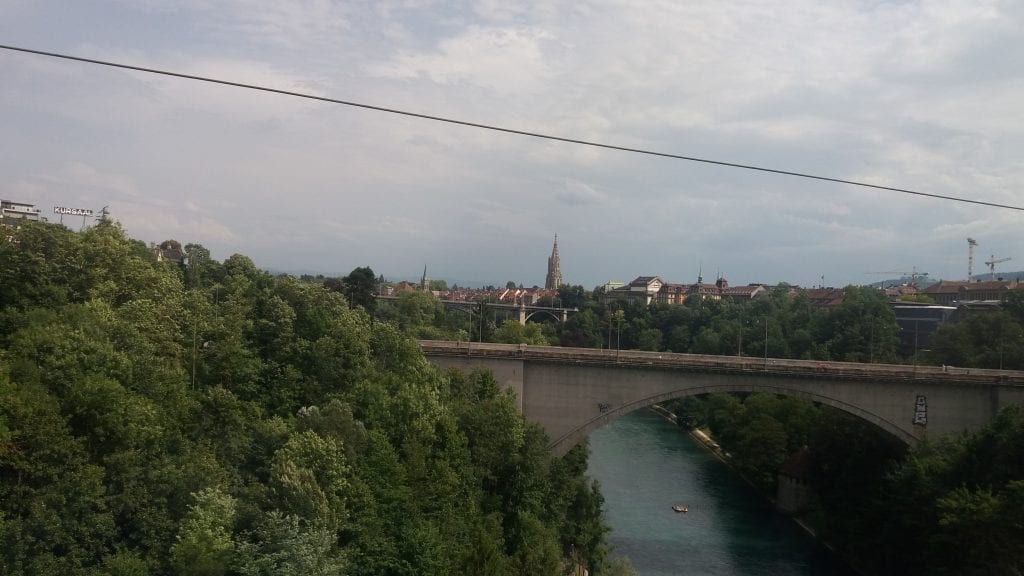 A view from the train when arriving in Bern