We arrived at 7am and were cleared and embarking after 8am.

As the ship pulled alongside we could see the Tuna ships unloading their catch, it is one of the biggest ports in the world for tunafish which we didn’t know, which might be the reason that Manta is the second largest port in Ecuador.

“Something fishy about Manta”

The nets are lifted from the hold and the bounty of frozen tuna is unloaded into the shipping containers and filled to capacity with one of the workers standing in the container on top of the tuna and arranging them so as to fit the maximum in.

Tuna unloading from ships in Manta

The majority of the tuna are really quite small with only the odd few that are huge in size. Just goes to show how much the seas are being over fished.

To give you an idea how large the catch was, we arrived at 7am and departed from Manta port at 6pm and they were still unloading tuna from the same fishing boat. And that was just one boat, with four others in port and two just outside waiting to get in. That’s a shit load of tuna.

Anyway on to our day in Manta Ecuador. Manta is the fifth biggest city in Ecuador and home to the famous Panama hat, more on that later.

Getting off the ship were the tuna boats are you have to get the free shuttle that will take you to the end of the pier, you are not allowed to walk from the ships area along the dock due to safety reasons.

The shuttle drops you off just after you exit the port entrance, here you can take a taxi or do your own thing. The beach is only a short walk away.

From the bay through town, passed the beach into the dry area

We teamed up with another couple Peter and Helen from San Fransisco born in Hong-Kong and made arrangements with a taxi tour driver to take us to a few places of interest. It was $20 per hour for one or $5 per hour for 4 of us, certainly makes better sense to get a few of us to fill the cab. 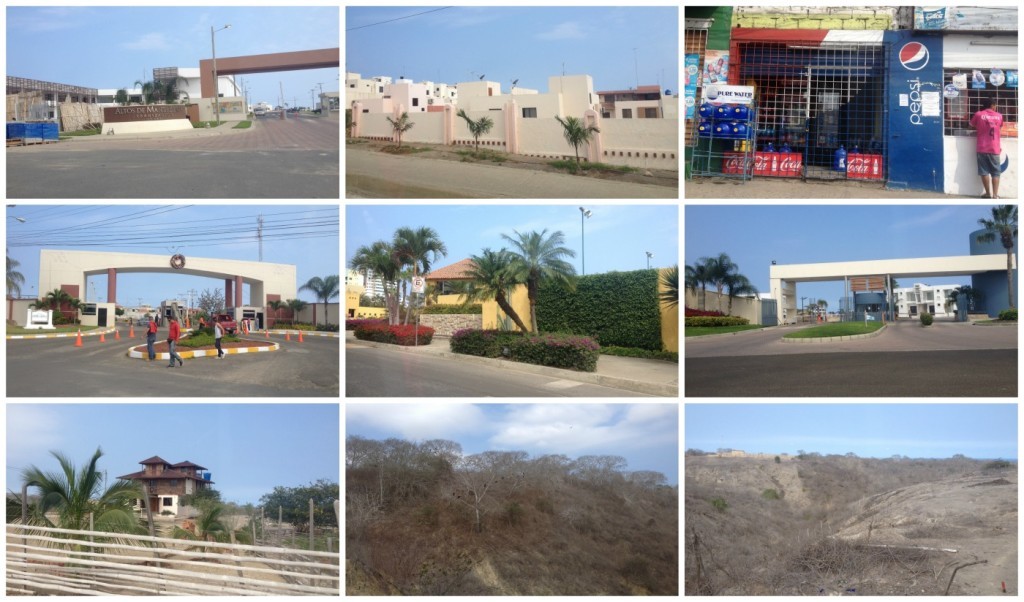 The drive out from the port area

Our driver Gregory a local from Manta city spent five hours with us taking us to a few places.

“The three microclimates of Manta”

The area is quite unique in the fact that you can experience three microclimates here; semi-arid with beaches dotted along the coastline, then an area of dry scrub which looks like everything is dead or dying, followed by the humid area where the rich rainforest thrives. 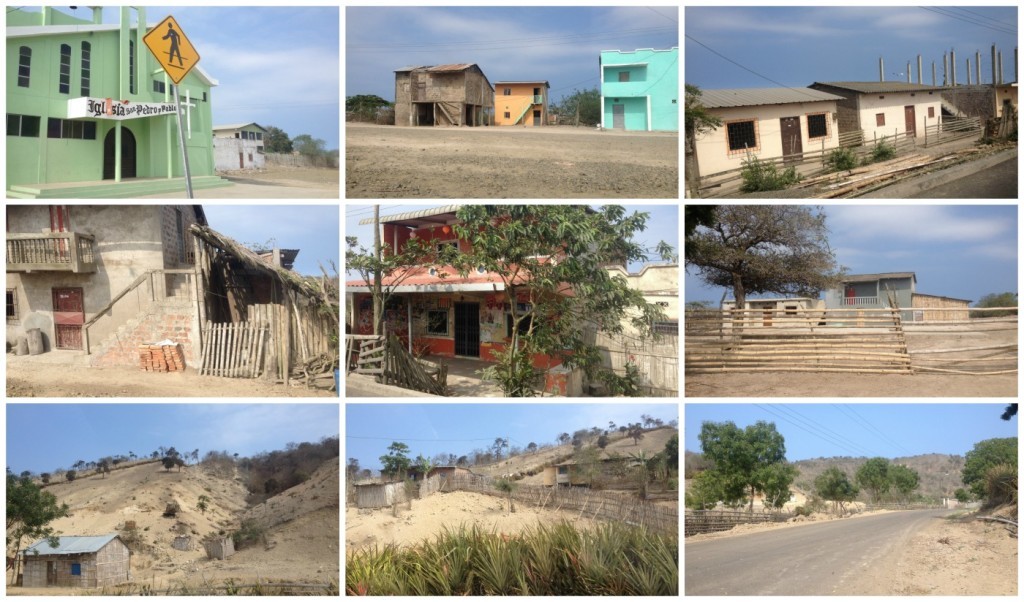 When taking the road to Pacoche it’s quite hard to believe that there is a rainforest here, when looking out at the vast area it is nothing but dry dead looking scrub land.

Dusty and barren is the landscape with building work going on in places constructing new hotels or resorts for the ever-growing tourists, which is becoming the number one industry in Manta.

And then, just out of no where the rainforest appears with Pacoche lodge. This place finds itself directly on the point where two waters meet and the air collides creating lots of clouds that produce much rain, nearly 90% of the year it rains here, today was part of that 10% and we were dry.

Pacoche lodge & reserve, & the Toquilla palm that is used to weave the Panama hats

In the photo above the nut you see comes from the Tagua palm and is like Ivory and is used in carvings for ornaments and jewelery. The palm on the right is the Torquilla palm which is used in the making of the famous Panama hat.

We paid $8 each to go in, not sure if that is the real price as there is no real entrance booth it’s not that modern. The lady said we could have a guided tour for another $10 bucks each, we did a 20 minute walk ourselves and saw some birds and Howler monkeys amongst lots of bamboo and other trees.

They are too far away to get any real good photos.

The walk through Pacoche reserve

Not sure we would have seen much more with the guide but it was nice.

If you’re not taking a tour and want to go by yourself it will take about 30 minutes by taxi and this is where to find Pacoche Lodge;

You can stay here if you wish as well.

On the way we stopped down at a fishing marina where we saw some local fisherman with their catch. 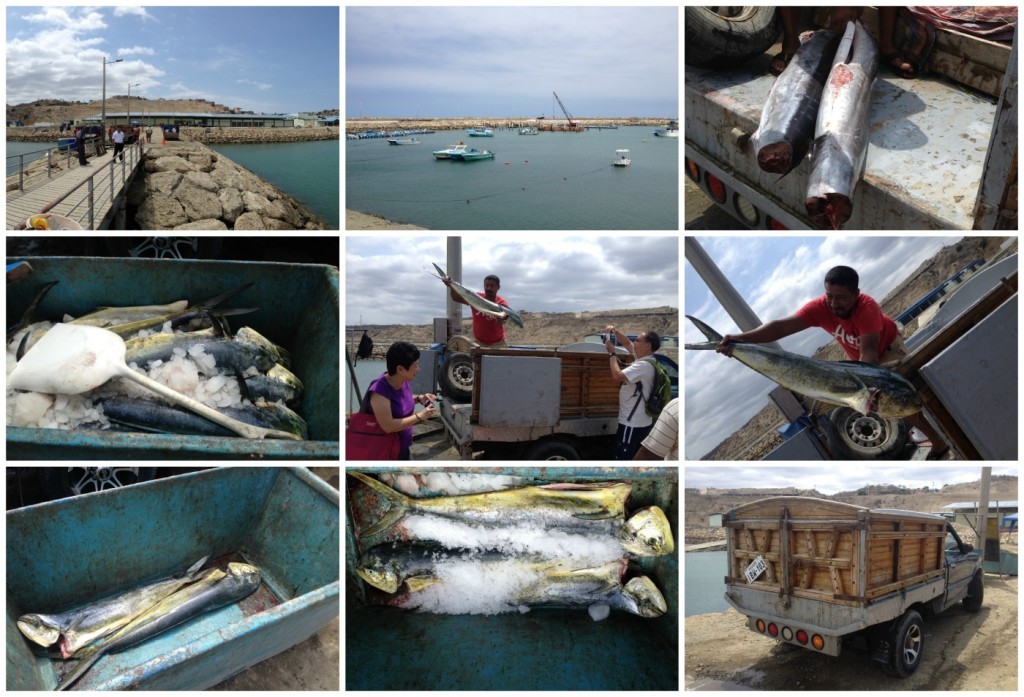 “The road to Montecristi”

The roads to Montecristi in Manta, Ecuador

On our way to Montecristi to see the town and where they produce the famous Panama hat. 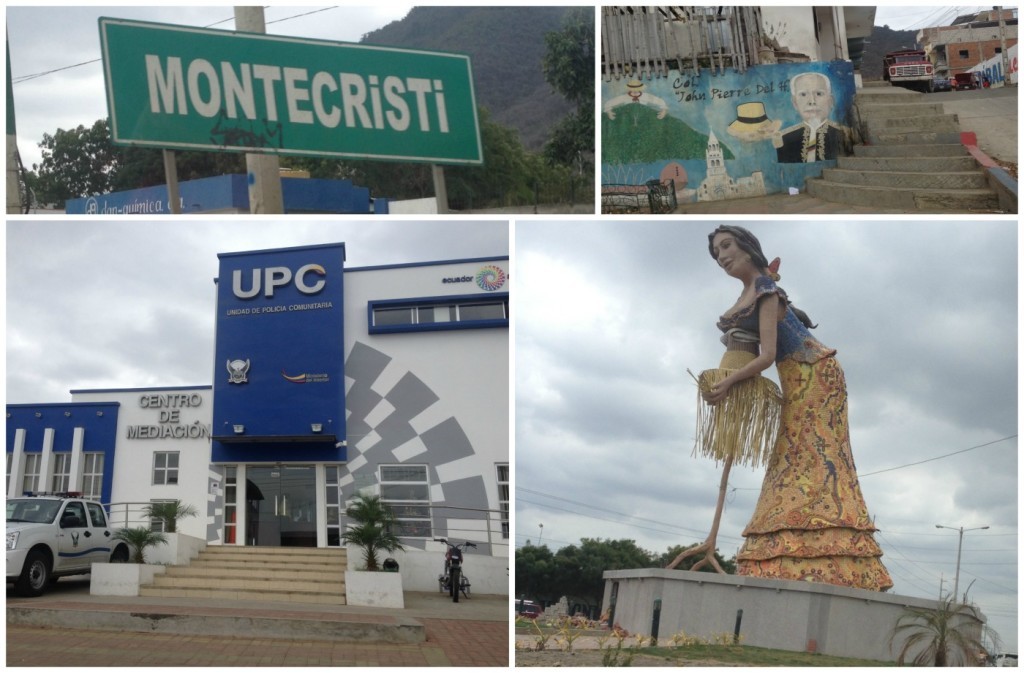 huge statue in the roundabout going to Montecristi

“The Montecristi hat or the Panama hat”

Naturally we stopped at a place where all the cab drivers stop. There was a lady out the front weaving the leaf into a hat. Apparently there are not many people left in Montecristi that can make these hats by hand.

It looks like an awkward position to be in for a long time, maybe that’s why it’s a dying art. 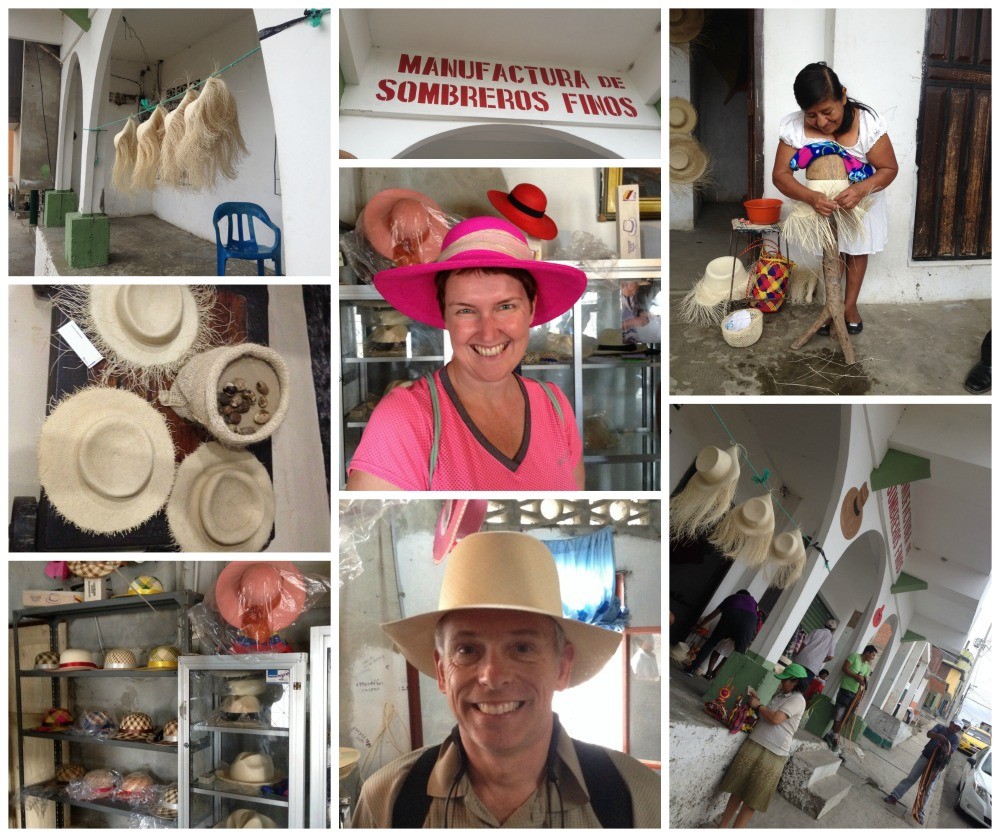 The hat I have on in this photo costs a whopping $600 USD…(that’s what the man said, I’m not so sure). Peter bought a hat that he wants to wear in Africa when they go on a future visit for $35.

The Panama hat which has its name because of the popularity it gained during the construction of the Panama Canal when the US President wore one. Apart from that it has nothing to do with Panama, go figure.

The Panama hats are the real product of Montecristi in Manta Ecuador. Here they are hand-made by the locals. It takes a few days to make a basic Panama hat, however the real expensive ones that take over a year to finish and cost into the thousands yes thousands.

A crazy price for a hat, but you can feel and see the difference for sure in the quality. A Panama hat made in Montecristi should be able to be rolled up easily and when required unrolled and reshaped with ease.

Suffice to say that there were many stalls selling these hats and other trinkets from Manta. They ranged from $10 upwards. The $10 ones are what they call ‘wear once’ hats, as they are not washable and will just fall apart after the sweat and natural elements get to them.

We then drove up to a lookout over the city. It is also the home of the Museum of History and the Hall where the government hold congress and other import ant meetings.

These are free to enter, and all the information is in Spanish with mini playing translator for us, (dam she is good) Gregory our driver only spoke a few words in English and so Moni translated all the time.

This is the view from the top at the Centro Civico Ciudad Alfaro down to Montecristi and beyond.

The view over Montecristi, Ecuador

The man who founded the area here is buried there as well and a Mausoleum has been constructed in his honour. It looks like a bee hive and is very nice inside.

Panorama inside the Mausoleum

Also up here is the Cancebi Galaria de las artisanias which is a small exhibition of art and culture. With shops that wrap around the outside. 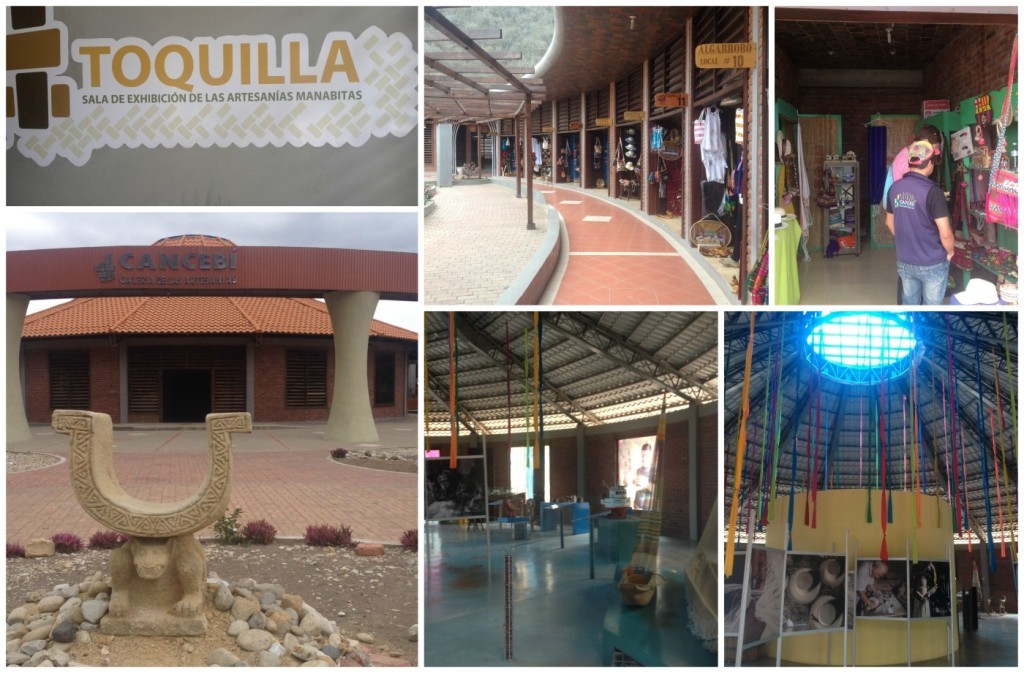 From here we drove back down in to town and Montecristi square where you find a church and around are plenty of market stalls with sellers offering various wares.

The church in Montecristi

These are the market stalls in Montecristi as seen from the church. 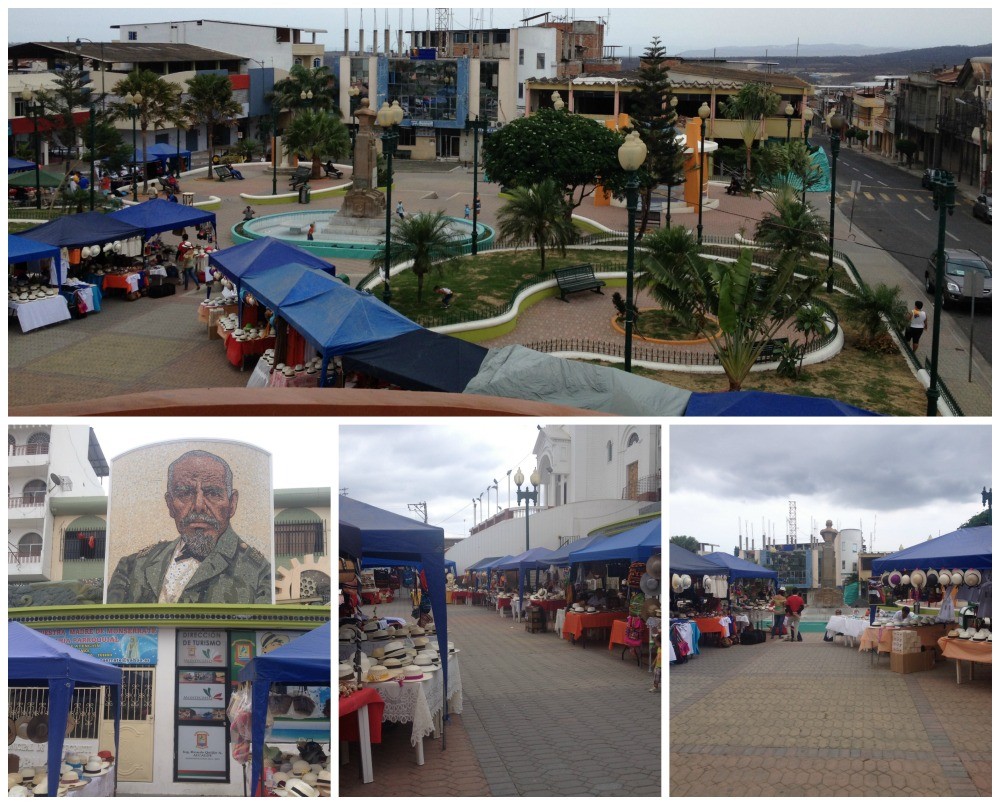 Now for the drive back to the ship through town and past the statue again. 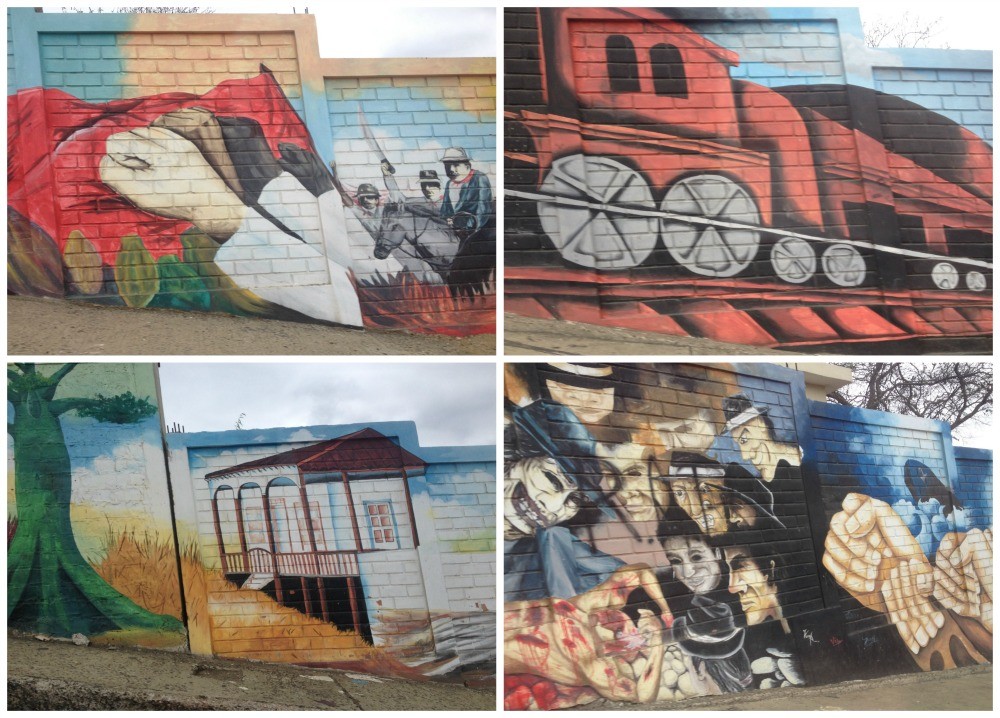 That was our tour for nearly five hours $25 per person. Not bad value considering the ship would charge over $60 per sermon for the same or actually less viewing.

We then got the shuttle back to the ship and went directly to have a burger and a bucket of beers before sail away at 6pm.

Dinner was around 8pm for us tonight. 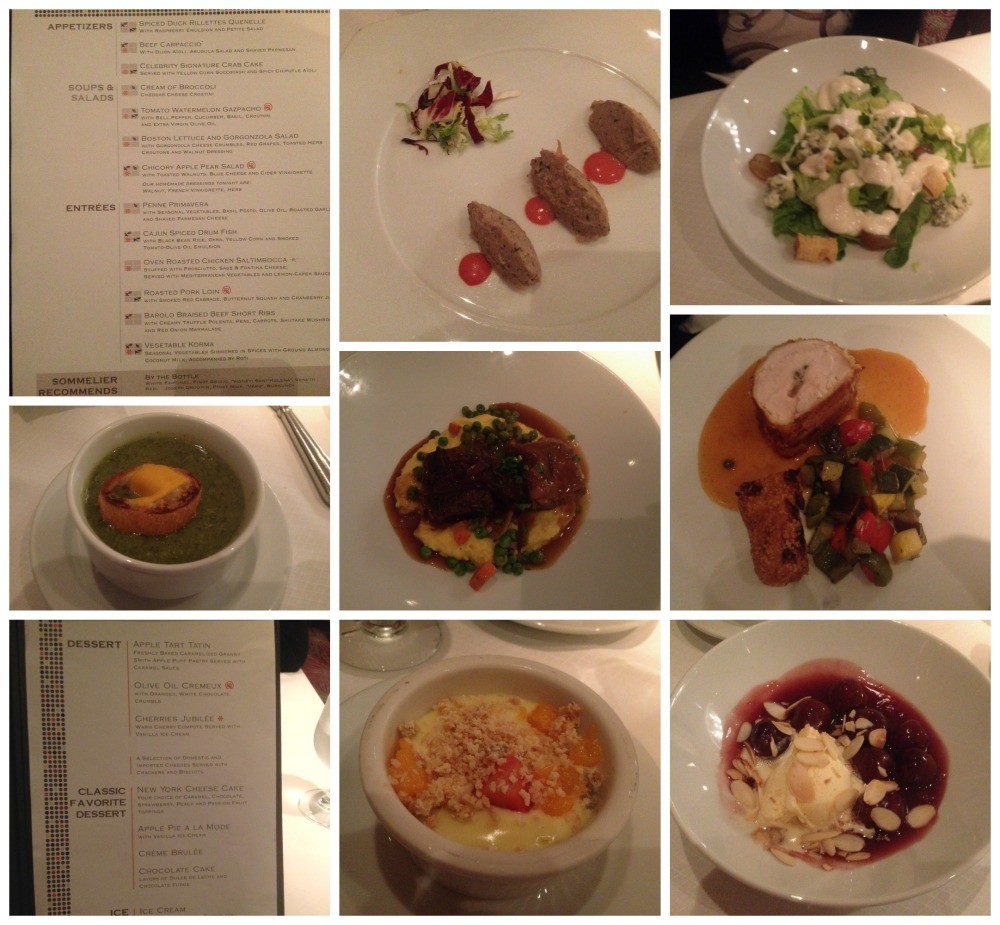