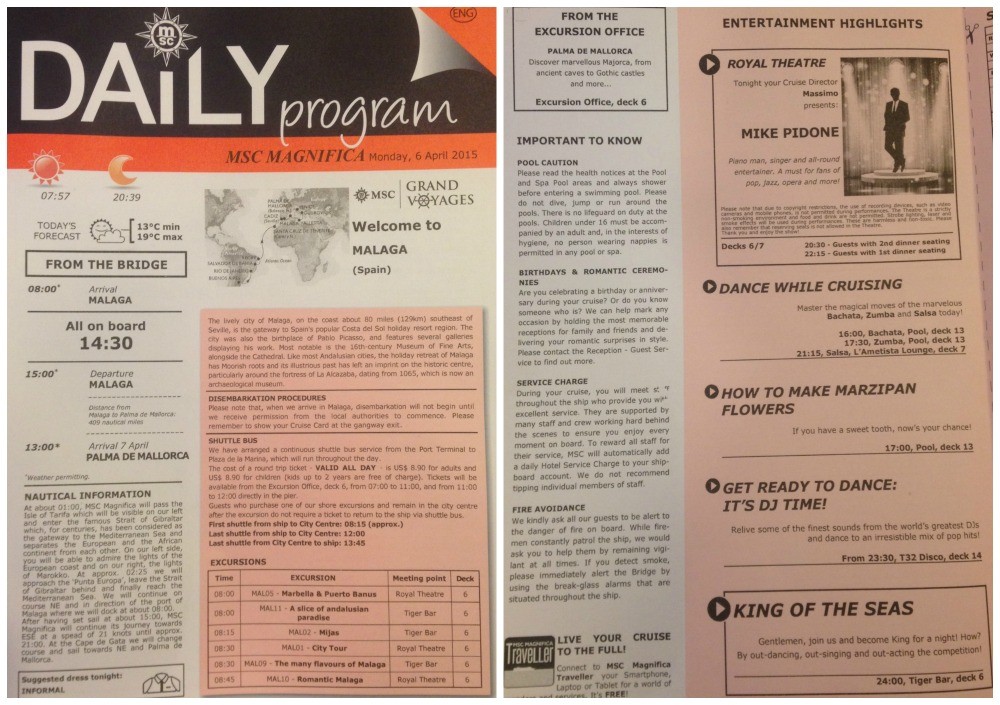 A few hours visiting Malaga, Spain on Easter Monday as we arrived in the dark at 7am and left at 3.15pm. 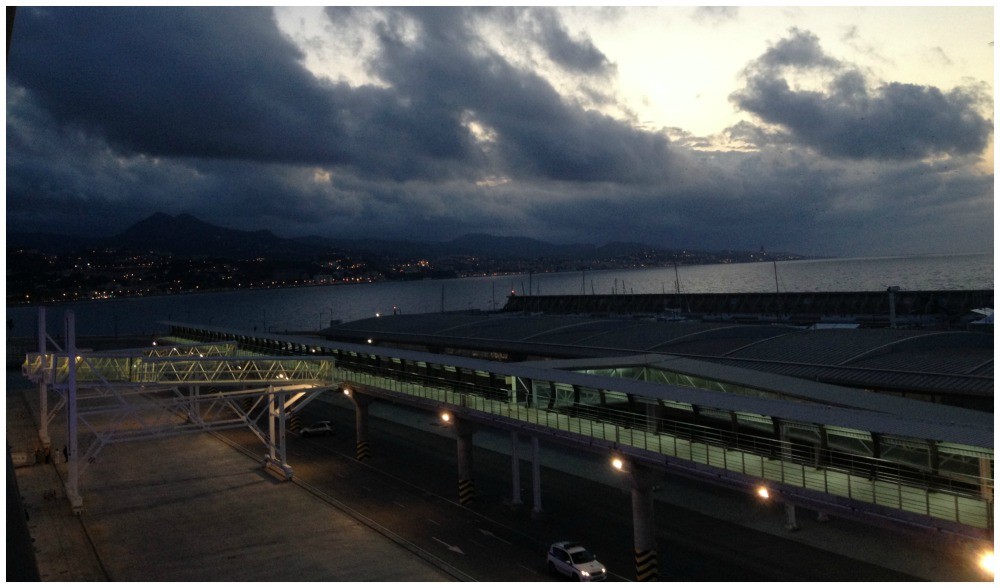 We had breakfast up at the buffet and were ready to go ashore after the mad rush had passed. MSC had arranged a shuttle to take passengers from the port to the town for $8.90 per person, we decided to walk the 25 minute very easy and nice walk to where the shuttle dropped those off.

The walk takes you passed a whole lot of cafes, bars restaurants and shops which were not open at this time.

The walk around the port of Malaga (photos from the afternoon)

This is the view once around the other side of the port. 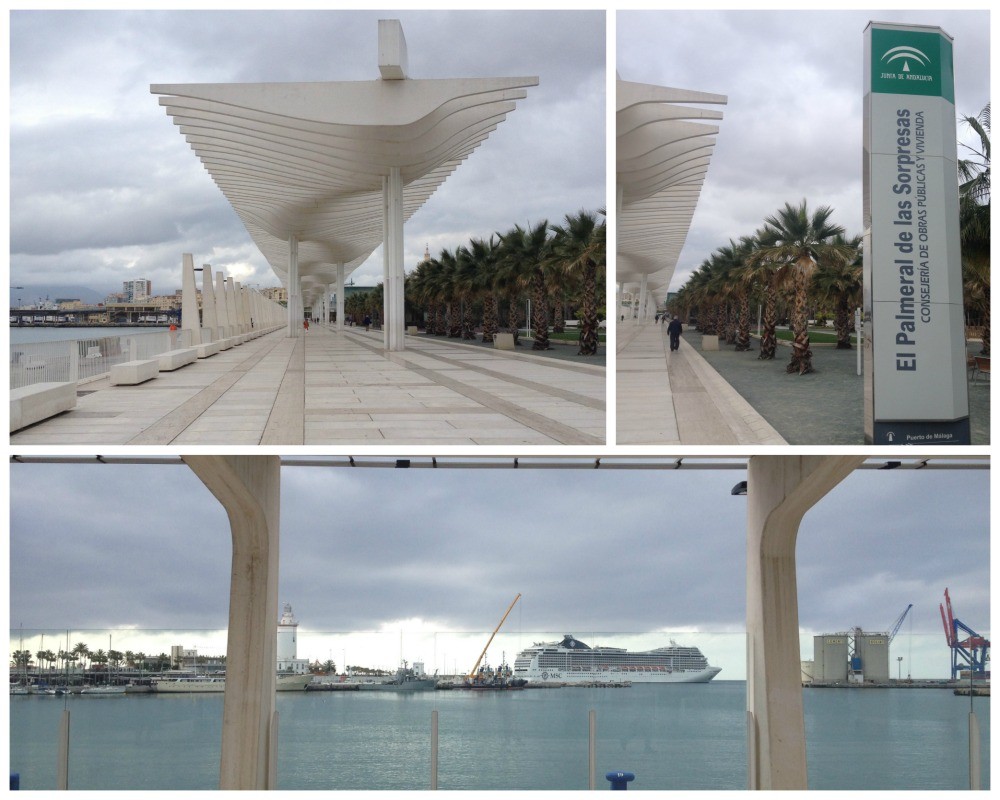 The walk is easy to do and you just make your way around the marina towards town, not easy to get lost. We found a cafe with wi-fi and a toilet where we enjoyed a coffee and got online for free. After updating Facebook etc we continued exploring.

Past the Santa Iglesia Catedral Basîlica de la Encarnación where $5 euro is the entrance fee, and some souvenir shops plus a few more cafes that were still setting up.

The historical district of Malaga

In the historical district of Malaga we found the old fort called Alcazaba which used to be the home to the muslim rulers of Malaga back then.

Tickets for $2.20 euro from the confusing machine or the man helping out. 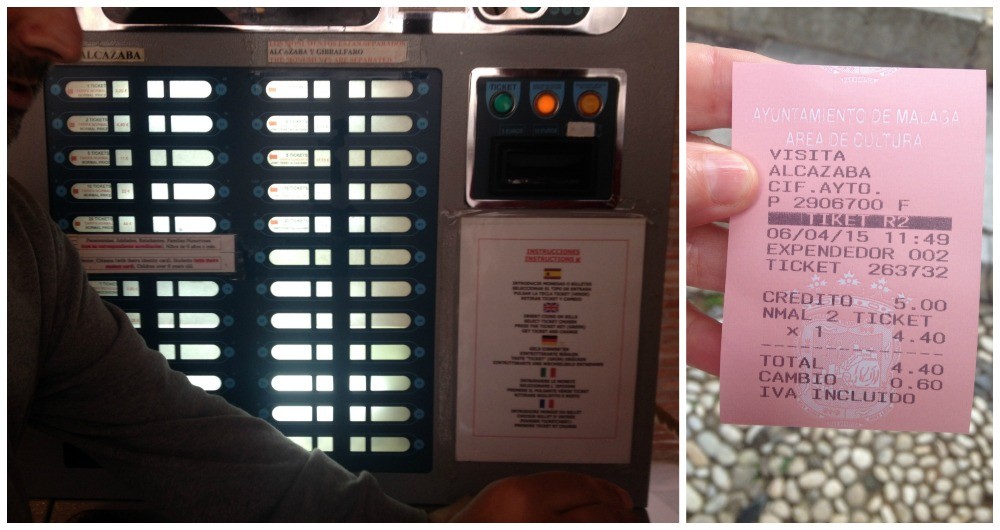 Ticket machine for Alcazaba in Malaga 2015

You can walk around for as long as you want admiring the architecture and magnificent stone work all on different levels with arches and gardens. 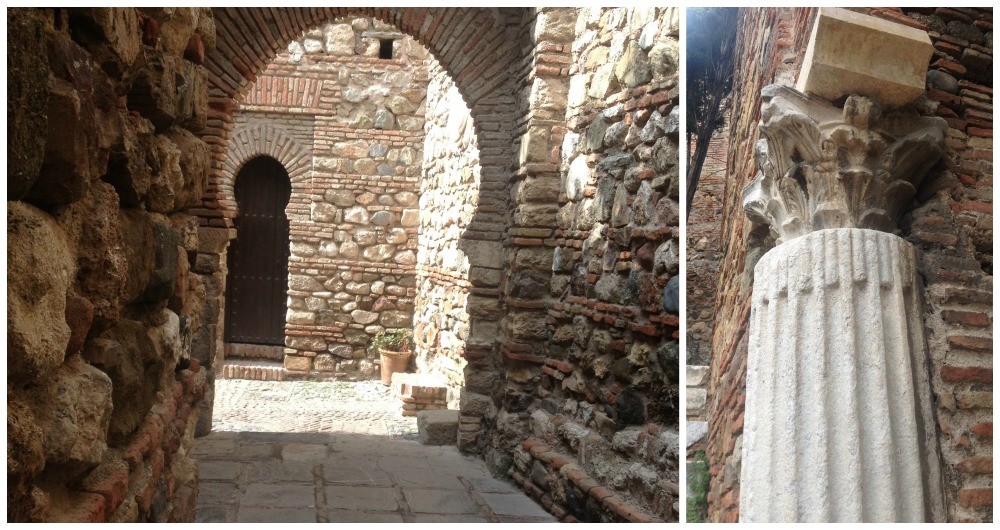 It is really worth the time here, a nice old fort dating back to the 11th century with beautiful stone work and gardens not to forget the great views over the city. 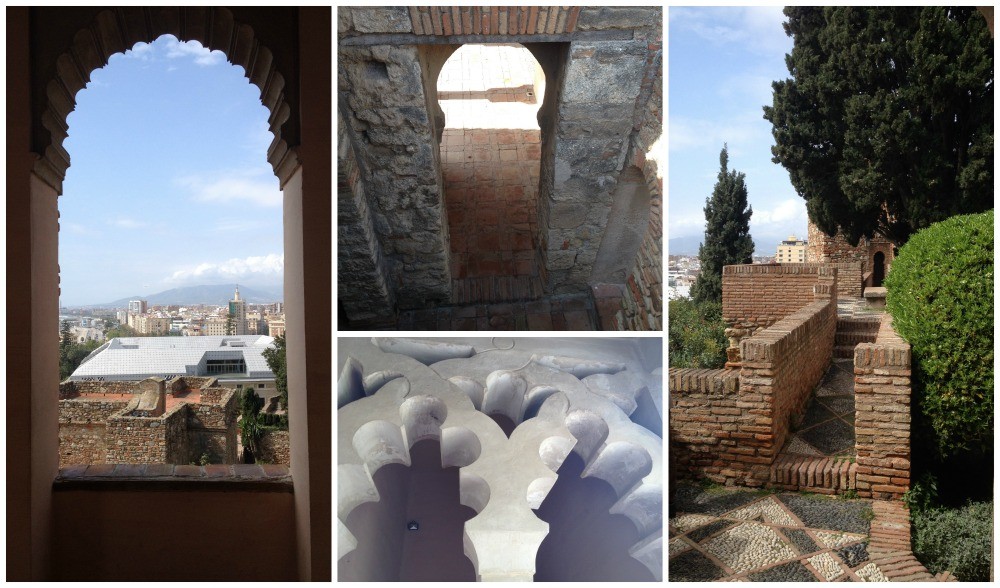 Panorama over the city of Malaga 2015

View over Malaga from the Alcazaba 2015

And towards the port of Malaga…

The bull ring from Malaga 2015

You can also walk past this fort and up even further to a higher vantage point called the Castillo de Gibralfaro if you wish. Back outside of the fort you can see the ruins and excavation of the Roman Theatre.

We walked through the streets of this very quaint city which was the birth place of Picasso and a museum is here which was not open today. 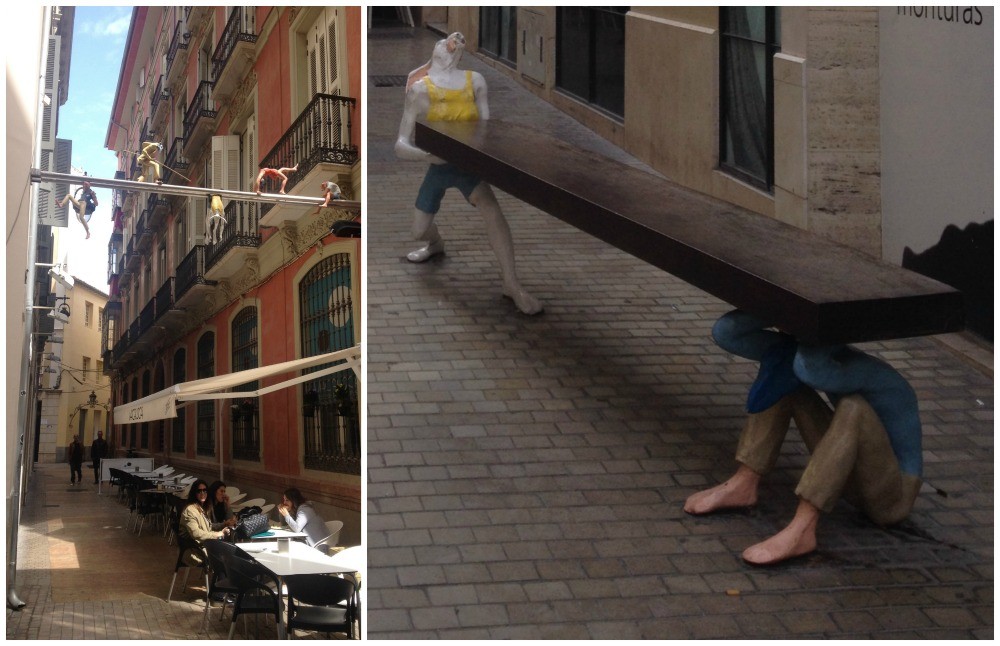 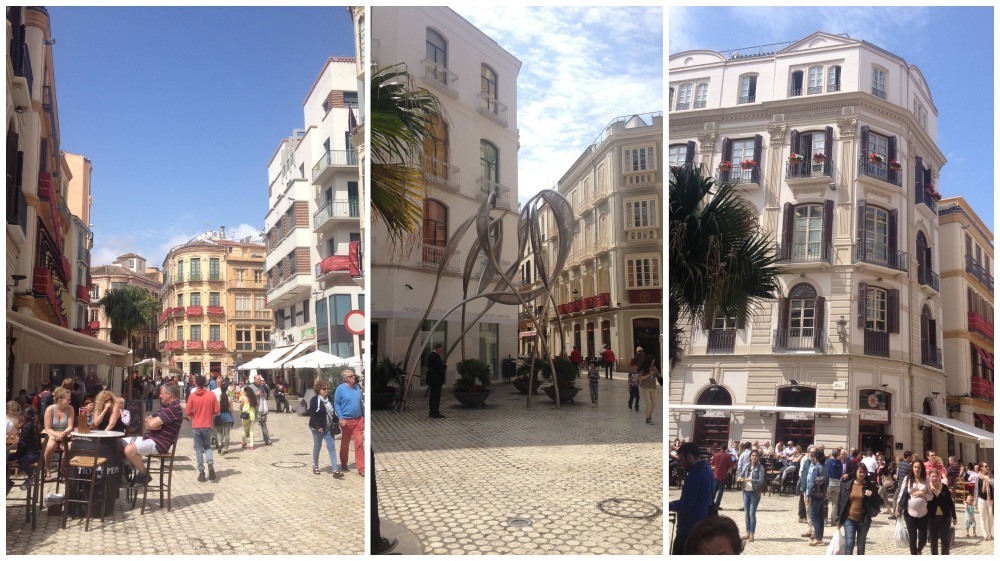 Making our way back to the ship by 2pm for a 3pm departure. Around 2.40pm some names are called out over the P.A system, the ships horn is sounded a few times and at 3.12 the Captain eases away from the dock…

As I was speaking with friends, the event manager who knows them well gave us the scoop confirming two passengers had missed the ship, they were an hour late, probably forgot to adjust their watches. He then explained that’s why they keep the passports on a trip visiting different countries.

The crew handed over the passports to the cruise port agent who will then arrange the transport for them to the next port of call where they can rejoin the ship. MSC will pay for the transfers but the guests will have to reimburse them when onboard.

Something we didn’t expect

While taking in the view as we cruise out of the harbour was the shower of soot or ash from the ships chimneys, what ever you do, don’t rub it off, just blow it away or else it will leave a black smudge…

We were rather fortunate to be walking away as it rained down the photo shows it on the deck. 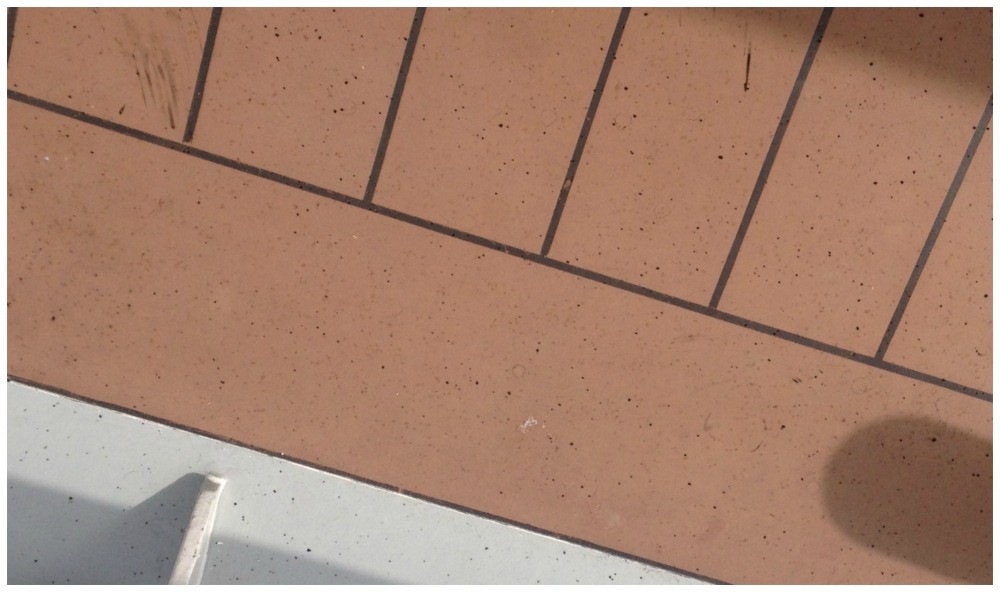 Right now as we cruise towards Mallorca in the Mediterranean sea we are experiencing some slightly rough seas doing 21.5 knots, the Captain has requested that all guests take extra care when opening doors etc and to refrain from going on outer decks.

Wedding bells on the MSC Magnifica

There was going a wedding at 6.30pm here in the atrium which the Captain performed the ceremony, apparently this the second wedding this cruise. We will go and watch for sure…

The wedding was very basic with no live singing and a quick reading of the vows. Six officers were present and it was all over in 15 minutes. Apparently the one last week which we didn’t see was really very good and being Italian the readings and singing was much better.

Dinner with Chris & Shirley whilst chatting about our days experiences. This evenings menu was a Spanish theme, the meals were nice but the menu very repetitive again, if you didn’t like chorizo, paprika, pepper or olives well… We gave Marlon a T-shirt which we found for him in town today, he was very happy. 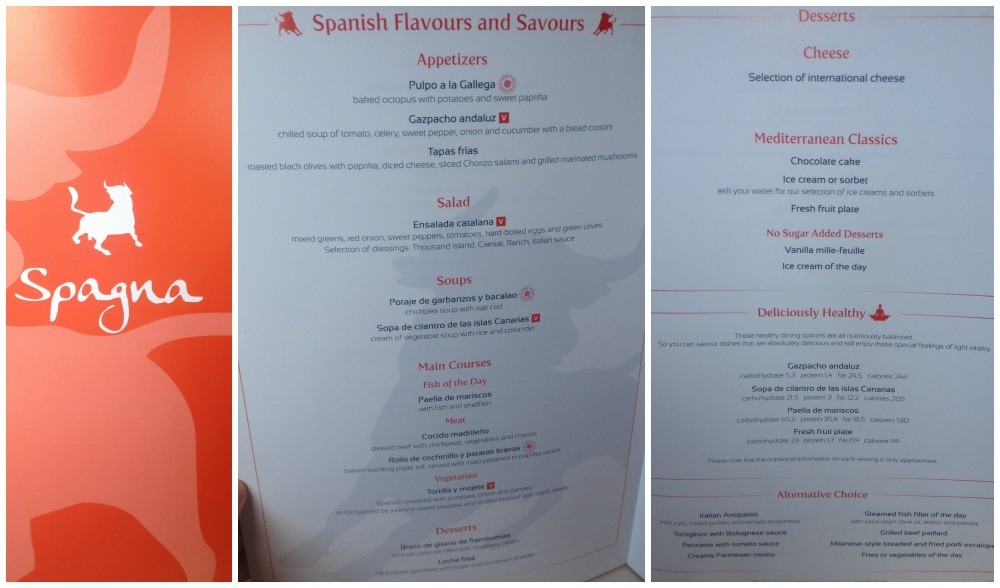 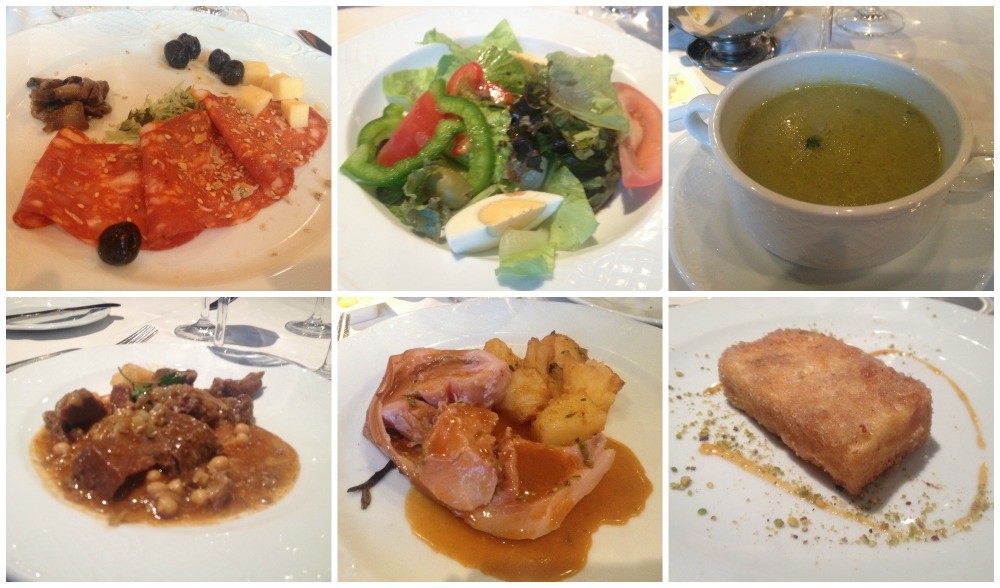 After dinner we went to the L’Ametista lounge at the very back of the ship for a drink or two.  There was some live music here and it was very loud, service was very slow to none existent with a nearly empty bar and after we finished our drinks and left the place was empty.

The weather is very windy 5-6 force yet the ship is very steady, sure it is moving, but nothing bad.