Cruising into Valletta is just amazing… I was up early and being on deck 9 I had not far to walk to the very front and outside. The sun was just coming up and these are some of the views I had.

We came alongside in the port of Valletta which is apparently the largest port in Europe, often called the Grand Harbour.

There were two other cruise ships in, the Seaborn Legend and the Holland America Prinsendam. As you can see the Magnfica is huge compared to the Seaborn boutique style ship. 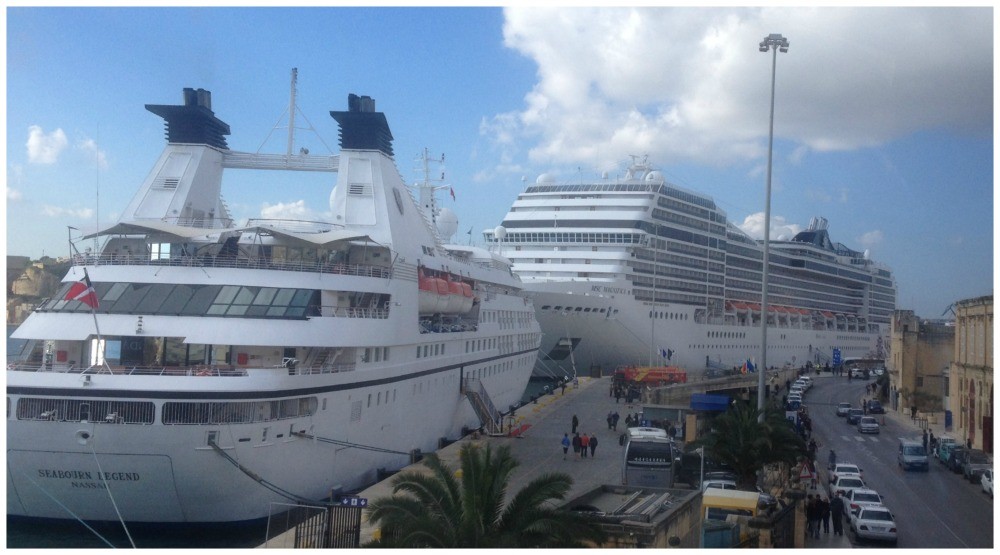 We had a tour booked for Valletta as part of the cruise package that we bought. This is the second tour, the first was a tour in Tenerife just last week.

We boarded our bus in the port just outside the terminal and made our way to the church of Mosta made famous for two world war bombs that hit it and did NOT explode. Some say it was an act of god to not allow them to explode, for whatever reason they did not we can all be thankful and enjoy the beauty of this church.

Malta was a very important strong hold during the war and was a prime target for many bombing runs. Back in those days accuracy of bombing was not so good and as a result the church got hit.

Tour by bus around parts of Malta

The Church of Mosta in Malta

Take a look at the detail inside the church of Mosta.

Inside the Mosta church in Malta

The Mosta church dome where the bomb came in

Photos of the bomb that never exploded in Mosta church Malta. 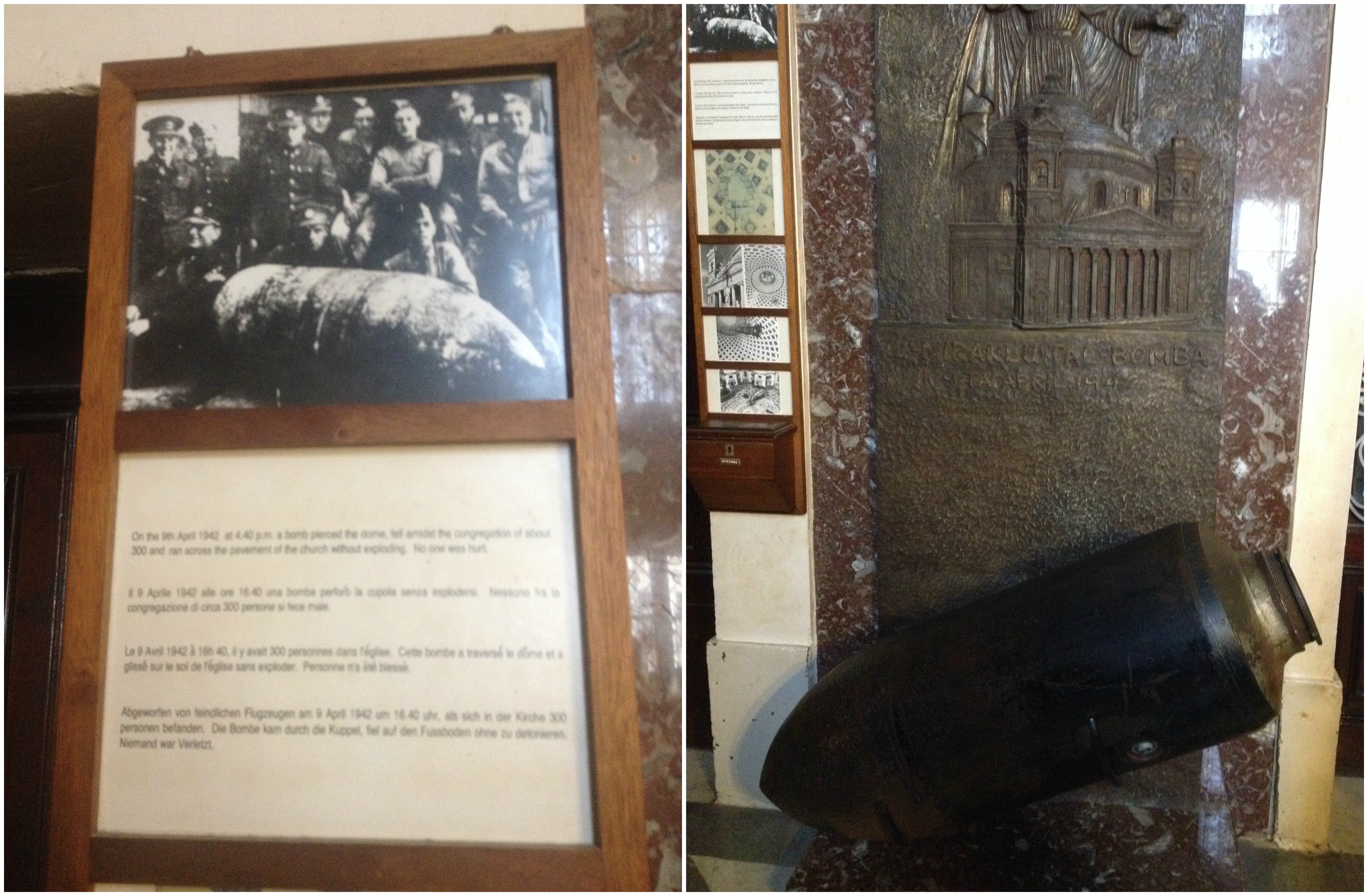 The bomb that never exploded in Mosta church

After some time at the Mosta church we made our way to Mdina, an old medieval walled city with narrow alleyways and cobbled roads, impressive churches and other buildings. 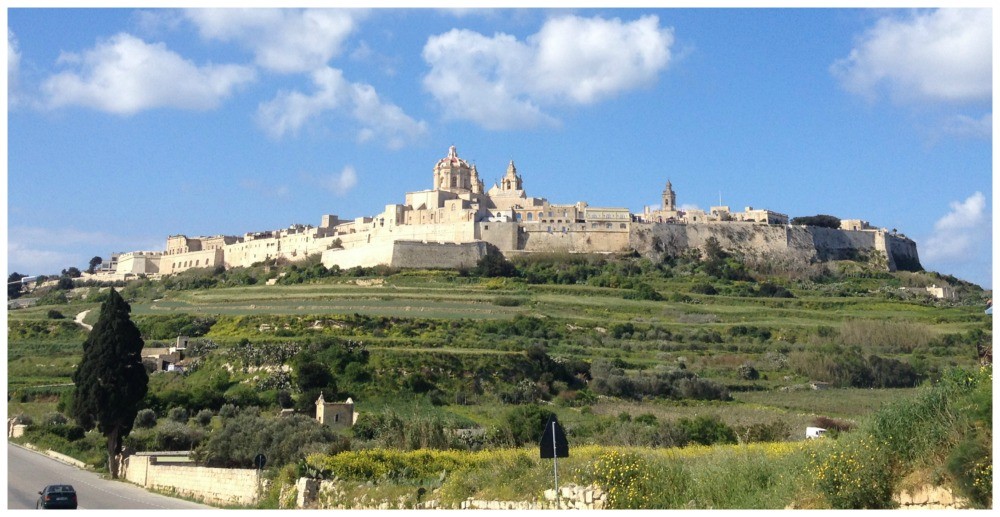 View to Mdina from the countryside below in Malta 2015

The silent city of Mdina

As you could imagine there were plenty of tourists around.

Mdina, also known as “the silent city” is kept car free except for those living there. On many of the walls that we walked down you could find a sign saying “keep quiet & respect the locals” or something like that.

The facades of the buildings are all clean and ornate. Look at all the different door knockers. 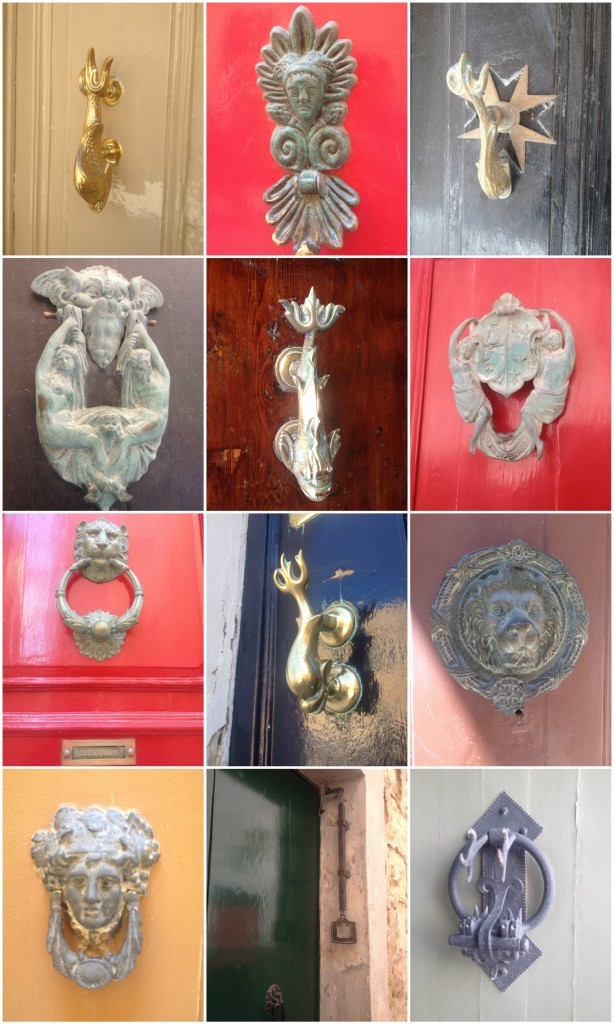 Just outside the city walls are some roman ruins. Also where you can take some horse-drawn rides around Mdina.

During the war Malta had a very large British contingent and since then many Brits have made it home so it was no surprise to see some typical British icons.

This is a view from the top of a wall of the old city in Mdina towards the coast.

Panorama from Mdina of Malta

After our walk around Mdina it was off to the next stop, a glass factory in Ta’Qali where they make and sell all handmade pieces of art.

Not only can you see the finished pieces of glass art for sale, you can walk into the factory where you see the glass art being made. I found it interesting to watch how easy they make it look and how they join pieces together to create a finished item.

Inside the Mdina glass factory in Ta’Qali Malta

Sure enough the object of this visit is to get you to buy something, but that is with many visits to such places and you are not pressured into buying here in fact your free to just look around at your own leisure.

After the stop at Mdina glass we made our way back towards the harbour where a few of us were dropped off allowing us to walk around the UNESCO designated Valletta.

The coach drove past many different designs of buildings.

From where we got dropped off it was an easy walk into the old city.

From here you get a great view of the port of Valletta.

Cruise ships in the port of Valletta 2015

Look at this architecture. 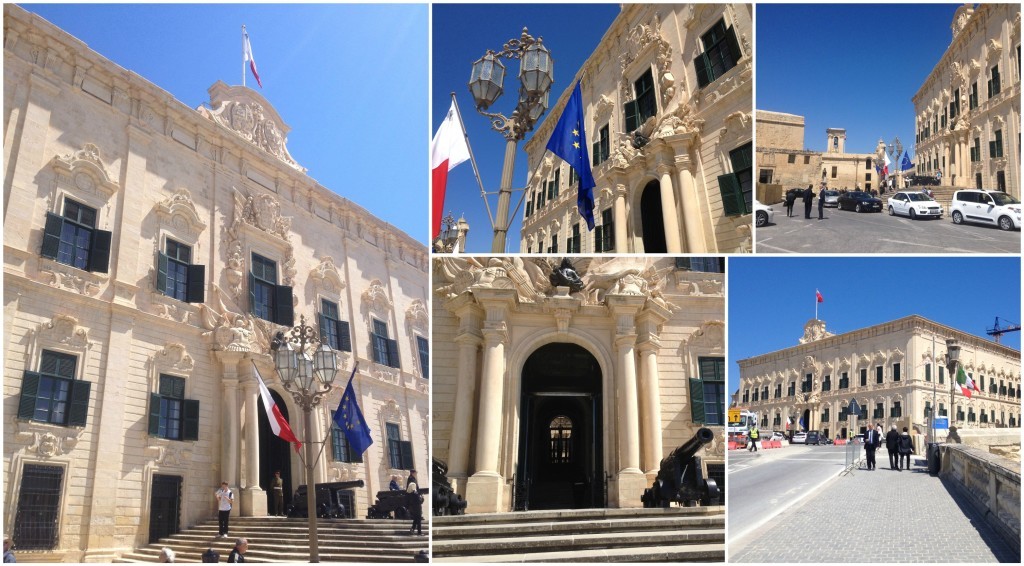 Auberge de Castille, the Office of the Prime Minister 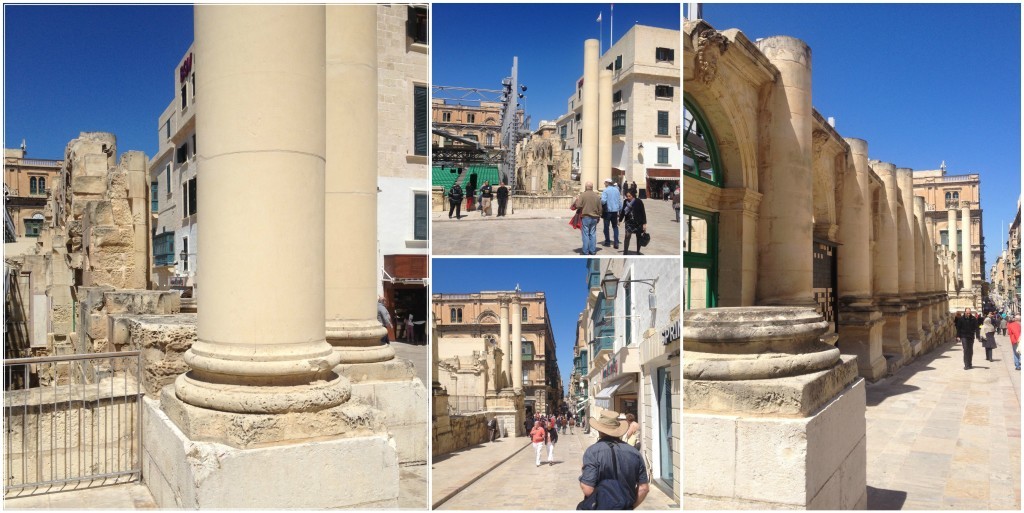 We had a coffee in St George’s square with our friends before continuing to explore the area. 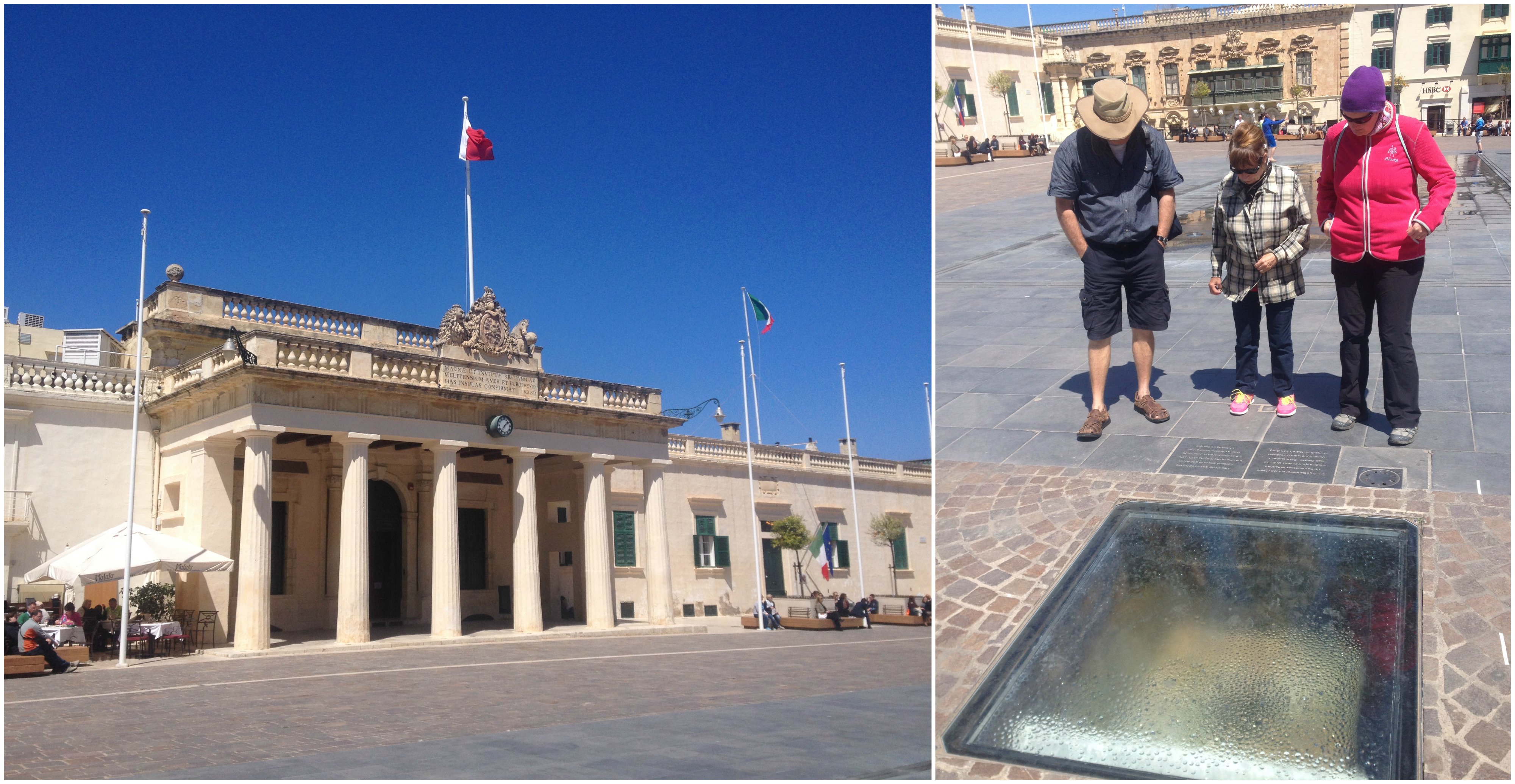 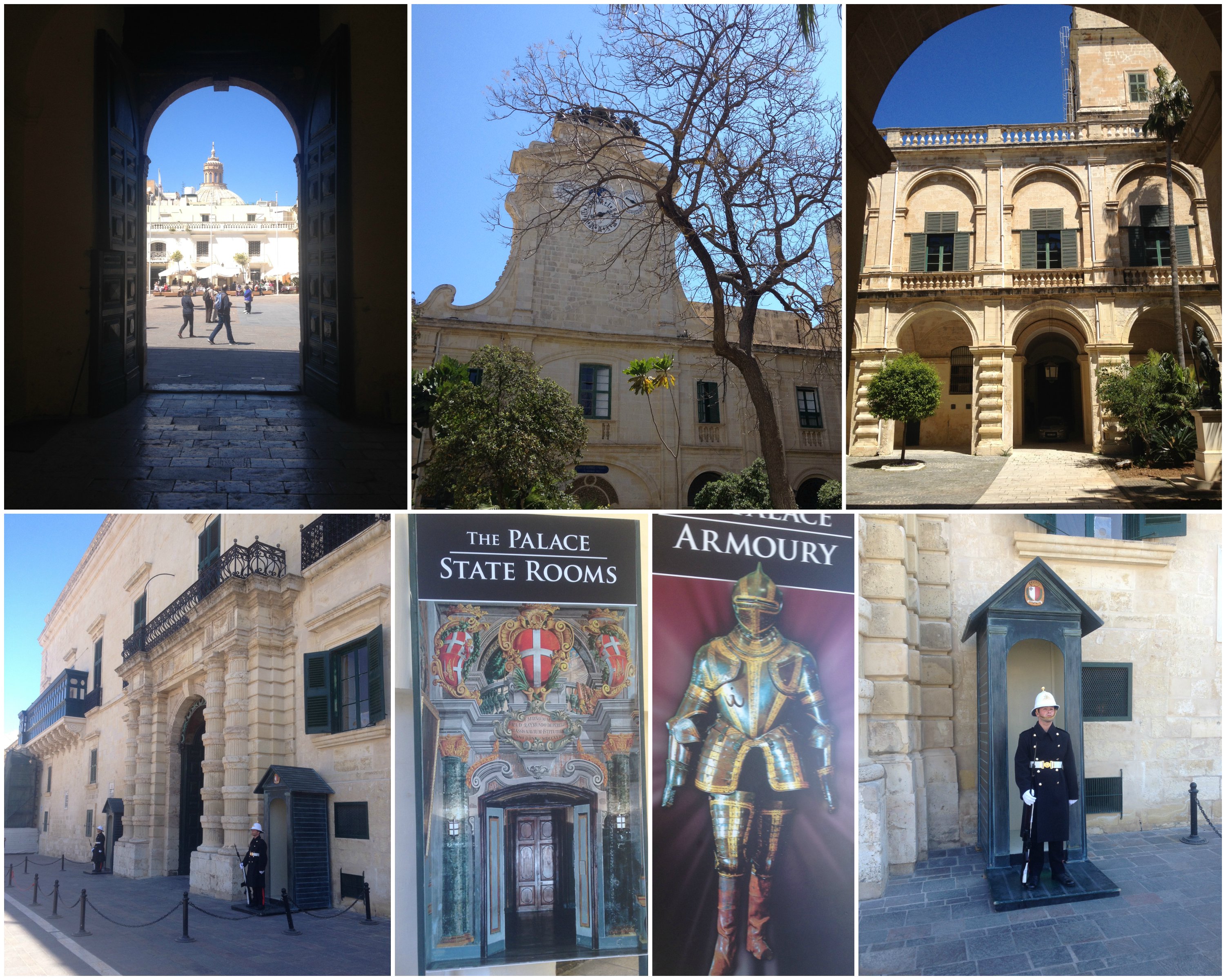 Palace of the Grand Master, Valletta

I just love the facades of the building here, so creative, curvy and stylish. 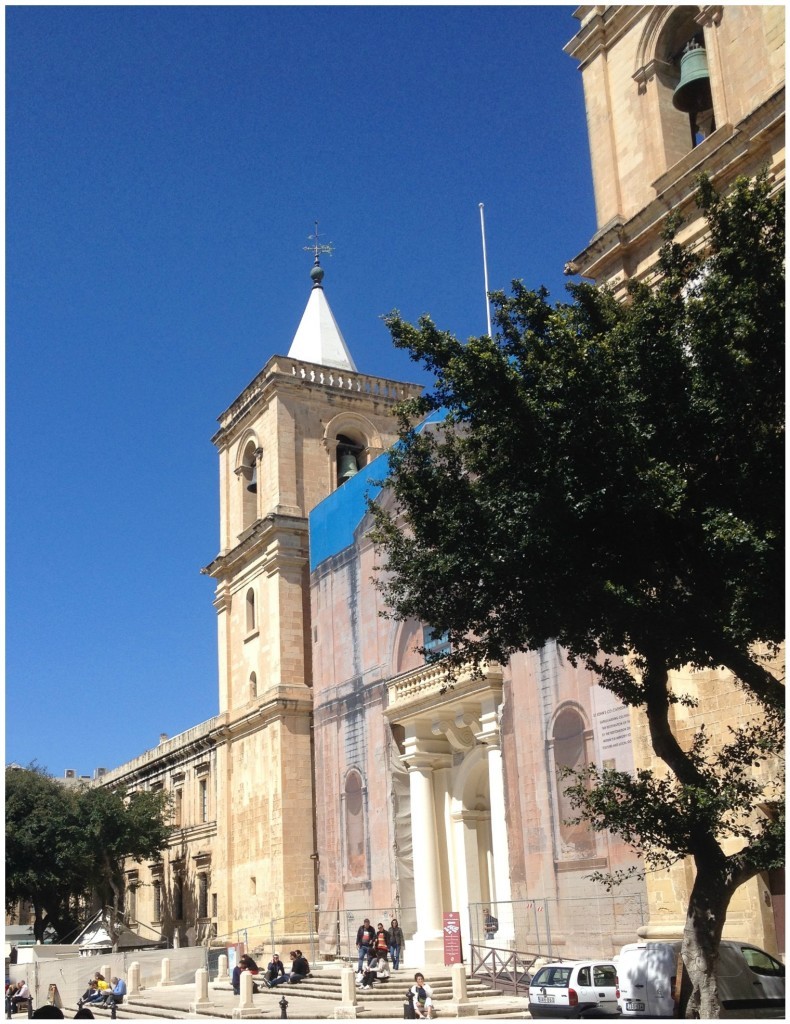 St. John’s Co-Cathedral from the outside 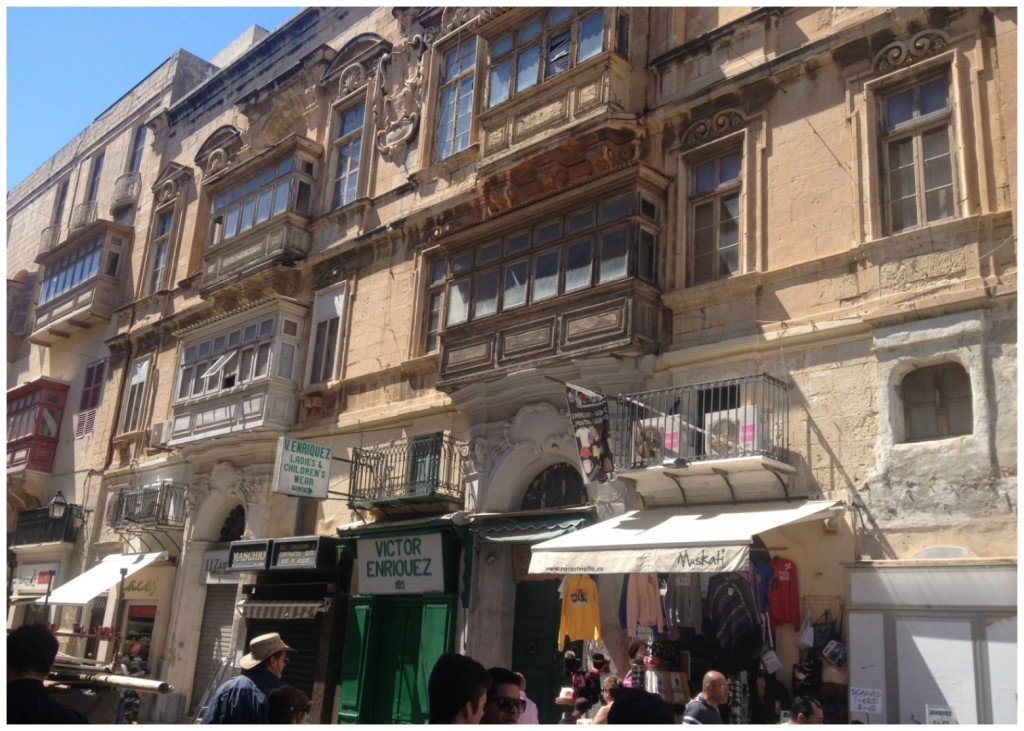 The Upper Barrakka Gardens in Valletta

From here you have great views over the city below and the port. The Barrakka lift can be found here which takes you down to the bottom level port side. 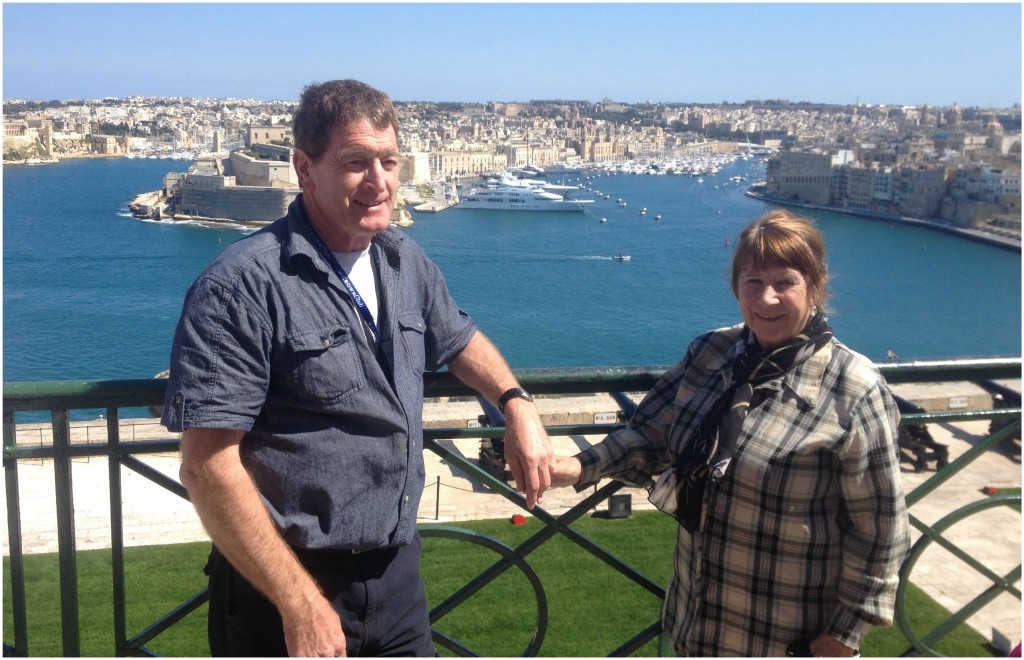 Views from the Upper Barrakka Gardens in Valletta

After taking the lift down, which by the way is free to go down and only costs going up, we walked back to the ship. Malta has been wonderful and a place that we must return as it has so much more to see.

Port of Valletta in Malta the largest port in Europe

Tonight’s dinner had a Greek theme to it 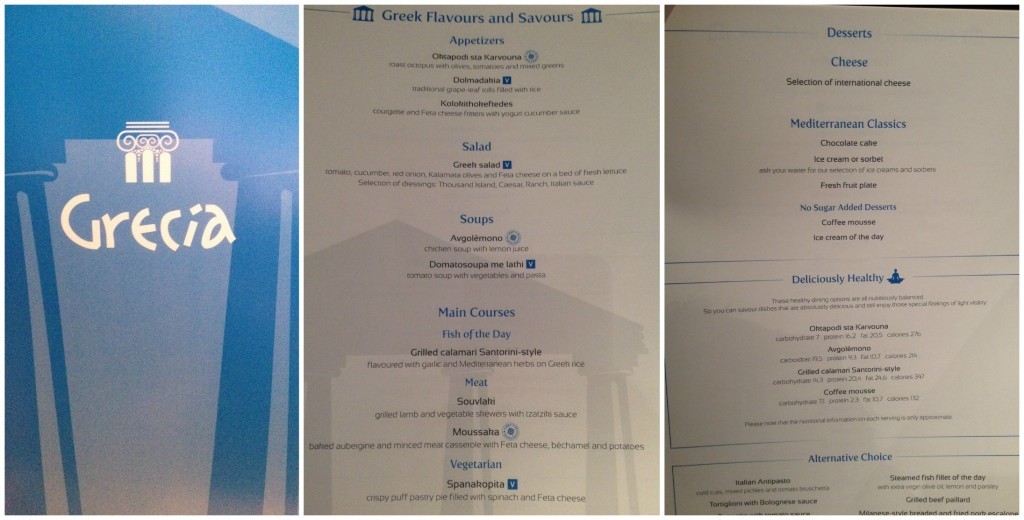 This is what we chose to eat

Picture sequence from left to right. Flavours were great tonight, but the lamb skewers were poor.

Will leave you with another fine sunset at sea… 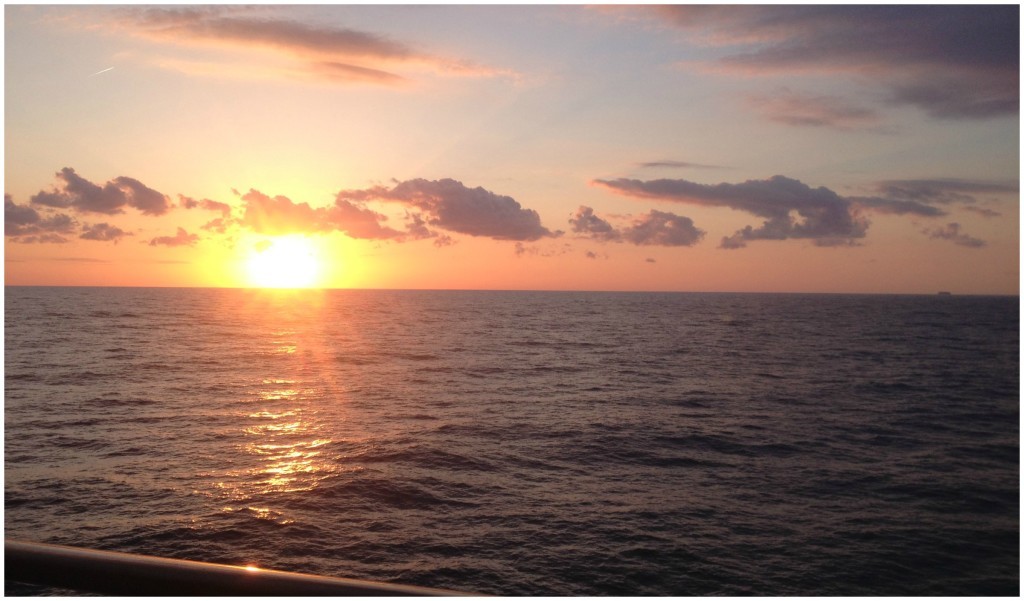 WOW, we really loved Valletta and the other spots we saw of Malta and would certainly love to return in the future to explore more of the Maltese islands.

Odyssey update… In 2016 we arrived in Valletta by cruise ship for a fleeting visit but best of all, we have recently (March 2017) finished our 52 day stay in Qawra in the north of the island.

MSC Cruise Leaves So Little Time in Valletta, Malt...
Barrakka Gardens and Other Sites in Valletta 2017

7 Responses to “A Day in Valletta Malta”